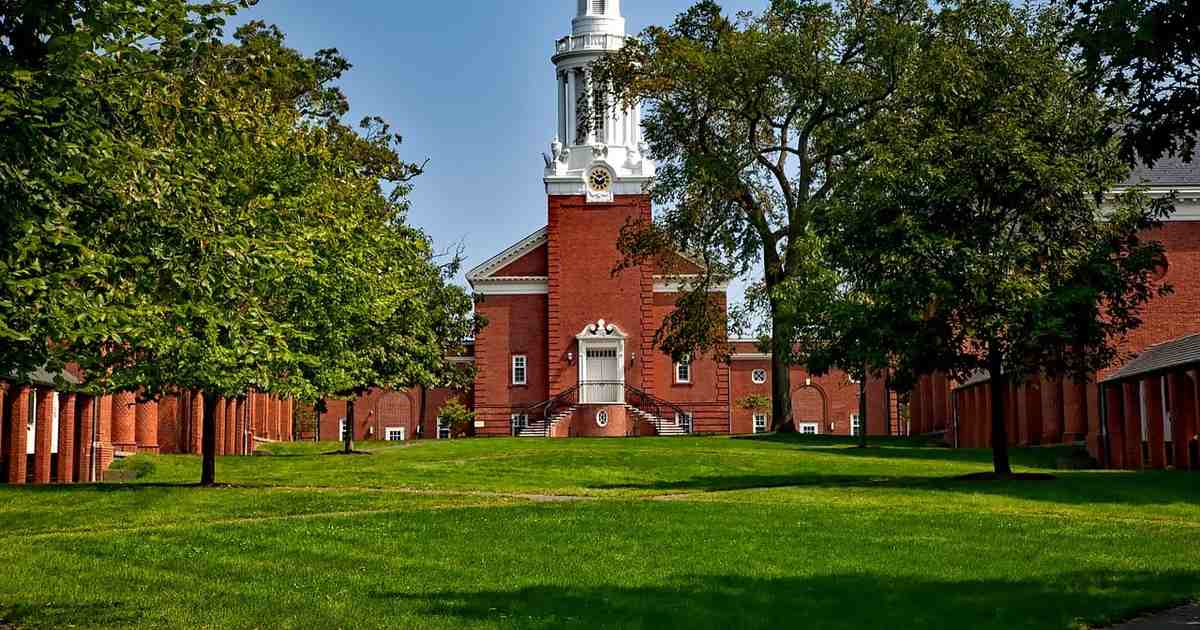 Some Yale law students are calling for the “unrelenting daily ostracization” of people who disagree with them on abortion — as if they don’t ostracize them already anyway. But in addition to giving conservative students migraines because of their constant caterwauling, the frothing radicals want to toss the Constitution too.

They don’t say what we should replace it with. Because that would require actual thought — something the radicals are unfamiliar with. They do a great job emoting and wailing and gnashing their teeth, but when it comes to thinking, it’s as mysterious as Oak Island.

A first-year law student, Shyamala Ramakrishna, is beside herself with grief and paranoid fear about “conspirators in the Christo-fascist political takeover we all seem to be posting frantically about.” She means those mild-mannered lawyer types in the campus Federalist Society. Yale Federalists may be upper-class twits, but “Christo-fascists”? Really now.

Why, she asked, are they still “coming to our parties” and “laughing in the library” without “unrelenting daily confrontation?”

Some of her classmates were less moderate.

“It’s not time for ‘reform,’” first-year law student Leah Fessler, a onetime New York Times freelancer, wrote on Instagram. “Democratic Institutions won’t save us.” It is unclear how Fessler will apply that view as a legal intern this summer for federal judge Lewis Liman. Judge Liman did not respond to a request for comment.


Other classmates were even less moderate.

Fessler isn’t alone. “Neither the constitution nor the courts—nor the fu**ing illusion of ‘democracy’—are going to save us,” first-year student Melisa Olgun posted. “How can we possibly expect a document, drafted by wealthy, white, landowning men, to protect those who face marginalization that is the direct result of the very actions of the founders?”

What these radicals lack in brains they make up for in mindless fanaticism. The children posting on Instagram actually complained that the Free Beacon made use of their social media posts.

“The post was on a private account on a private story that was sent to you without my knowledge,” Olgun said. “You are in no way authorized to use it or my name in your story.”

Adam Candeub, an intellectual property expert at Michigan State University College of Law, called that argument “bulls**t.” Eugene Volokh, a professor of First Amendment law at UCLA School of Law, said it was a stretch to claim copyright protection.

Beyond the silly, child-like, and ignorant desire to keep something secret posted to a site that gets hundreds of millions of visitors is the stark realization that these are Yale law school students — supposedly, the cream of the cream. They hate the Constitution, and they hate legal precedent.


And they hate free speech.

Such sentiments are widespread at Yale Law School. In March, nearly two-thirds of the student body signed an open letter condemning the Federalist Society for hosting a bipartisan panel on free speech.

The letter—which Fessler, Olgun, and Ramakrishna signed—also condemned the law school for calling “armed police” on “peaceful student protesters,” who caused so much chaos at the panel that the speakers had to be escorted to a squad car outside.

Be afraid. Be very afraid.

FDA Was Complicating Formula Long Before The Supply Chain Imploded

Kolkata Becomes First Metro City To Get Its Biodiversity Register