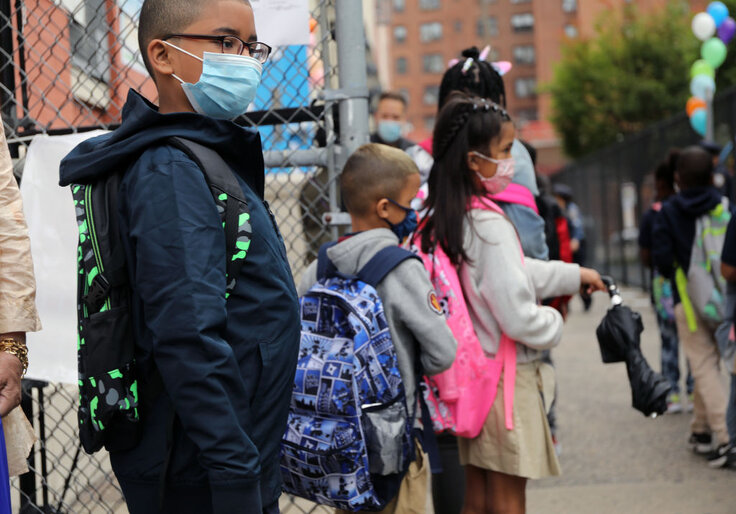 According to the school district’s COVID-19 health and safety guidelines, all “staff and students must wear a mask on school property” or while riding school buses. The mask requirement remains more than two months after the city dropped its indoor mask mandate. Some parents are frustrated by the inconsistency.

“Enough is enough. You can go to City Hall or catch a game at the Garden without masking, but our kids are mandated to wear masks all day in school while trying to learn,” Joy McDonald, the mother of a student in the district, told the Washington Free Beacon. McDonald worries that mask mandates are stunting students academically and socially, adding, “It’s not fair to impose this on our youth.”

School districts across the country dropped their mask mandates in 2021. Even holdout districts in deep-blue cities such as Los Angeles and Washington, D.C., dropped mandates this spring. Researchers determined as early as January 2021 that COVID transmission in school settings is “extremely rare.”

Boston Public Schools shut its doors for more than a year during the coronavirus pandemic, resuming in-person instruction in September 2021. A Boston Public Schools spokesman told the Free Beacon that, pursuant to city guidance, the mask mandate will remain in place until Boston has fewer than 10 new COVID cases per 100,000 residents each day for a week. Once the city hits that mark, the schools will adopt a “mask optional” policy.

Boston’s vaccine mandate for public employees caused controversy in the district earlier this year. Two Boston Public Schools teachers sued their union in February after top brass voted to abide by the citywide order to vaccinate public workers without giving teachers notice. Hundreds of district employees—including many minority teachers—faced termination due to the city order. A judge eventually blocked the mandate.

Liberals Don’t Care About the Threats to Conservative Justices