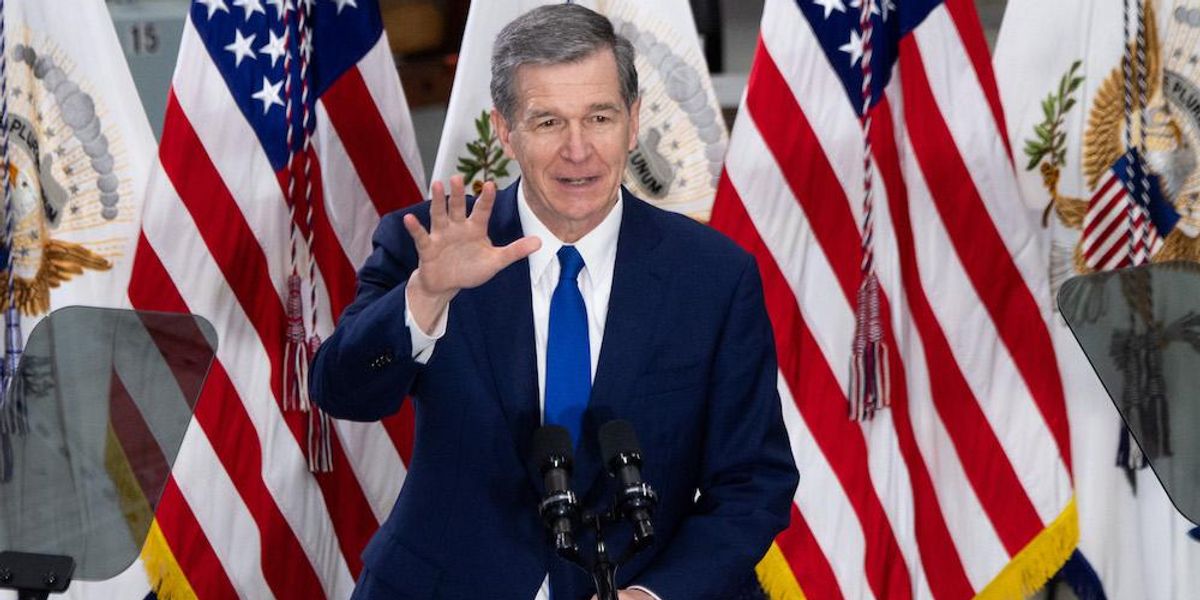 Robinson — a Republican — became the state’s first black lieutenant governor when he was sworn in Jan. 9 after winning his election last November. In his elected role, he had the duty of presiding over Democratic Gov. Roy Cooper’s State of the State address last week — making him the first black elected official to do so in the history of the Tar Heel State.

With such a powerful moment going on around him, one would think the governor would consider it worth mentioning during his annual address, the Rev. March Creech wrote in an op-ed for the Christian Post on Monday.

But anyone unfamiliar with Robinson’s accomplishments would have learned nothing about them if Cooper’s address was their source of information, state Senate Leader Phil Berger noted on Twitter.

An indication of how far North Carolina has come is @markrobinsonNC, our first black Lt. Governor presiding over to… https://t.co/RlOYnGjGaQ

Creech pointed out that the offense was particularly hypocritical considering Cooper’s past rhetoric and actions regarding Black Lives Matter and other race-related issues, not to mention the Democratic Party’s ongoing claim to be all about supporting and celebrating black Americans’ accomplishments:

The omission was egregious when you think about it, especially since Cooper removed Confederate monuments on the Capitol lawn, marched alongside protestors after the death of George Floyd, made statements in support of Black Lives Matter, and even brought up the issue of racism in his State of the State speech. Moreover, Cooper is a Democrat, supposedly the Party that genuinely cares about the black race. Yet, nothing in North Carolina history has ever occurred like what happened on that Monday evening – a duly elected black man presided over an entire branch of our State’s government – to hear the Governor’s State of the State speech – and there was not the first acknowledgment of Robinson’s achievement for himself or the race he honorably represents.

Naturally, the mainstream media couldn’t be bothered to bring up Cooper’s blatant snub.

Peloton recalls ALL its Tread+ and Tread treadmills

Creech is pretty sure he knows why: “Robinson doesn’t fit the liberal narrative.”

The lieutenant governor is an outspoken social conservative Republican who is not shy about sharing his Christian faith, which means he is “not the kind of minority that helps [the left’s] cause.”

Being the wrong kind of black man “won’t even get you honorable mention in the halls of power with Leftists like Gov. Cooper, even if you are the first black Lt. Governor in the State’s history,” Creech wrote.

“Race, race, race. It’s seemingly almost all we hear about from the Left these days. But when Democratic politicians, like Cooper, overlook, ignore, and diminish great men such as Mark Robinson, it seems to confirm the suspicion that race is being wielded as a political weapon.”

Robinson made waves in DC

On April 22, Robinson was invited to testify at a hearing in the House of Representatives on the Voting Rights Act. Democrats conducted the hearing to criticize the new Georgia voting law that the left has been caught lying about and has purposefully mischaracterized as a return to the Jim Crow era.

During his opening remarks, Robinson called it “insane” and “insulting” to compare the voter ID laws passed in Georgia and other states to Jim Crow laws that were used to tyrannize black Americans and keep them from voting.

After elaborating on how and why it is “preposterous” to compare the Georgia law to Jim Crow laws, he launched into a history lesson, explaining that it was the Republican Party that backed voting rights for black people while the Democratic Party supported voter suppression and Jim Crow.

“That history is clear who stood on which side at every turn in history,” Robinson said. “It is clear; it’s not even in dispute.”

ANALYSIS: Everything Biden Has Done About China In His First 100 Days