What It Was Like To Fly the SR-71 Blackbird 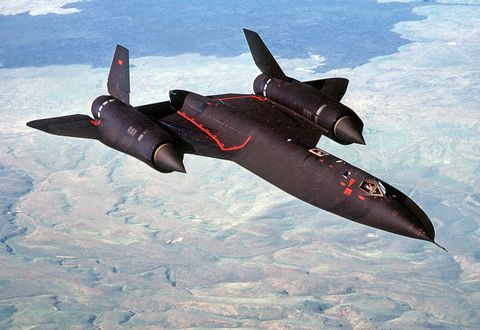 A veteran U.S. Air Force pilot and current volunteer at the National Air & Space Museum in Washington, D.C. has given us a small glimpse of what it was like to fly the SR-71 Blackbird.

✈ You love badass planes. So do we. Let’s nerd out over them together.

Adelbert “Buzz” Carpenter accumulated 4,400 flight hours in various airplanes during his military career, from the T-38 Talon trainer to the C-141 Starlifter. Carpenter also has more than 300 hours in strategic reconnaissance aircraft, including the U-2 and SR-71, and flew missions from Beale Air Force Base in California, Kadena Air Base in Japan, and Mildenhall Air Base in the U.K.

Now retired, Carpenter volunteers as a docent at the Air & Space Museum, explaining to kids who were born after the SR-71 was retired what it was like to fly the fastest jet ever built. Carpenter is a fountain of knowledge about the “Blackbird” on everything from the cameras to navigation.

The SR-71 was the result of a requirement for a high-speed, high-altitude strategic reconnaissance aircraft. The U.S. military, anticipating a time when the high-flying U-2 “Dragon Lady” spy plane could be shot down by the Soviet Union, requested an aircraft that not only flew at high altitudes, but could also outrun enemy interceptors and surface-to-air missiles.

One of the things you begin to understand listening to Carpenter is how much heat was factored into the aircraft. The SR-71 got hot at Mach 3, to the point where the average skin temperature was over 600 degrees Fahrenheit. As a result, 93 percent of the aircraft is made from titanium, which has better heat-resisting qualities than aluminum and was sourced, ironically, from the Soviet Union itself. 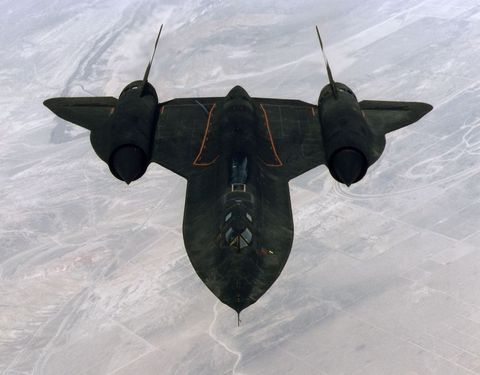 Carpenter says the pilot’s glass canopy regularly reached 620 degrees and was made from 1.5-inch thick “oven glass.” The SR-71 also had a thermal expansion issue, as the titanium expanded when heated. To solve the problem, the aircraft was built with joints designed to fill in as the plane grew up to 4 inches in length during flight.

Anyone can give a lecture on a sophisticated piece of engineering like the SR-71, but a pilot who has actually flown the aircraft and placed his faith in it can explain the intricacies like no one else.

Peter Frampton Forgets the Words, But Still Nails All the Riffs

Mike Pence Memoir Could Define Him for 2024, but Donald Trump Looms Large

The King Of Fighters 95

Post Office Is Spying on YOU and Kaitlyn Jenner May Be Next Governor of...