Watch: Teacher goes on racist rant against deputy who pulls her over, repeatedly calling him 'a murderer' 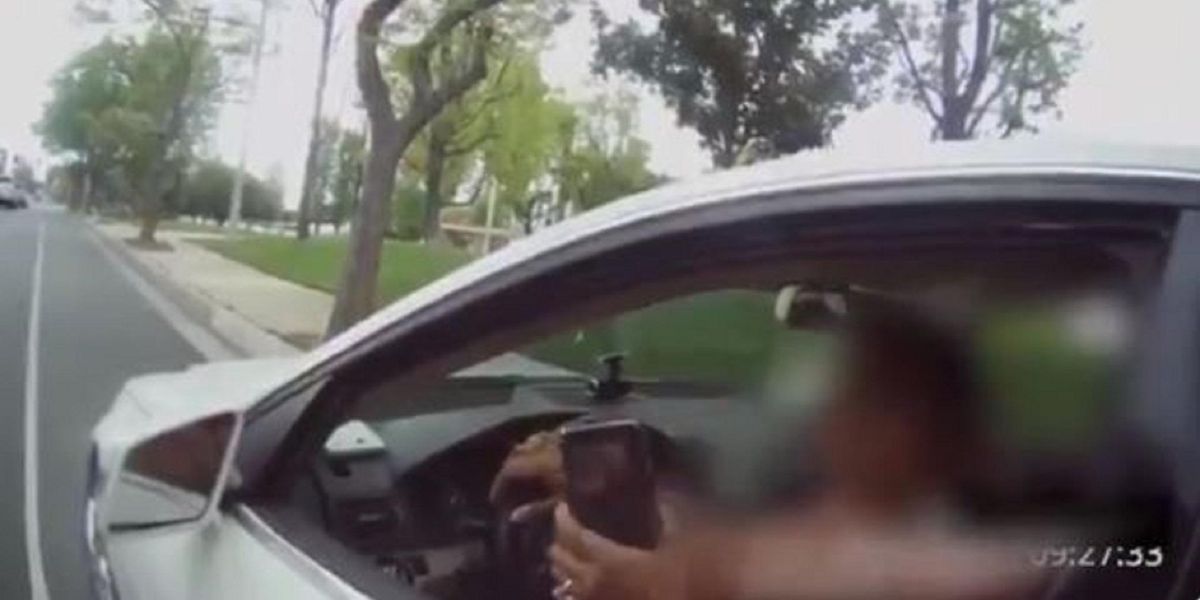 A teacher has been caught on video delivering a racist tirade against a Latino sheriff’s deputy in Los Angeles, wherein she repeatedly calls him “a murderer” and taunts, “You’re always gonna be a Mexican, you’ll never be white, you know that?”

The video was obtained by KTTV-TV’s Bill Melugin, who was sent the footage from the Los Angeles Sheriff’s Department deputy involved.

In the clip, the deputy can be seen approaching the woman’s vehicle as she asked why she is “being harassed” since she was driving under the speed limit.

“Yes you are, ma’am, good morning,” he replies.

The woman can be seen holding her phone up showing that she was recording the deputy, when he says, “I pulled you over because…” and she cuts him off, replying, “Because you’re a murderer.”

The deputy explains that he pulled her over because she was using her cellphone while driving, and she tells him she had been recording him, reiterating, “because you are a murderer.”

“Good, because you’re a murderer,” she replied.

The woman says in the footage that she is a teacher. Melugin reported that “she has been a professor at schools in the LA area.”

Another deputy arrives on the scene, and tells the woman she is receiving a ticket for using her cellphone while driving. She tells him the deputy who issued the ticket was “a Mexican racist,” and then tells the deputy who pulled her over, “You’re always gonna be a Mexican, you’ll never be white, you know that, right? You’ll never be white, which is what you really want to be.”

NEW: “You’re always gonna be a Mexican, you’ll never be white, you know that?” A Latino LASD deputy sent me his bod… https://t.co/WWQQGRaVRX

The LASD told Melugin the woman called the LASD after the incident to file a harassment complaint against the deputy. The department noted that “she has a history of making false complaints against deputies.”

The reporter also noted that the San Dimas station — where the officer is based out of — does not require body cameras, but the deputy “invested in his own personal cam to protect himself on the job.”

Fernando Garcia: The Art of Sexy

Liberal Modernity and Its Discontents

The Truth About Asian Beauty Standards

The Child Soldiers of the Culture War