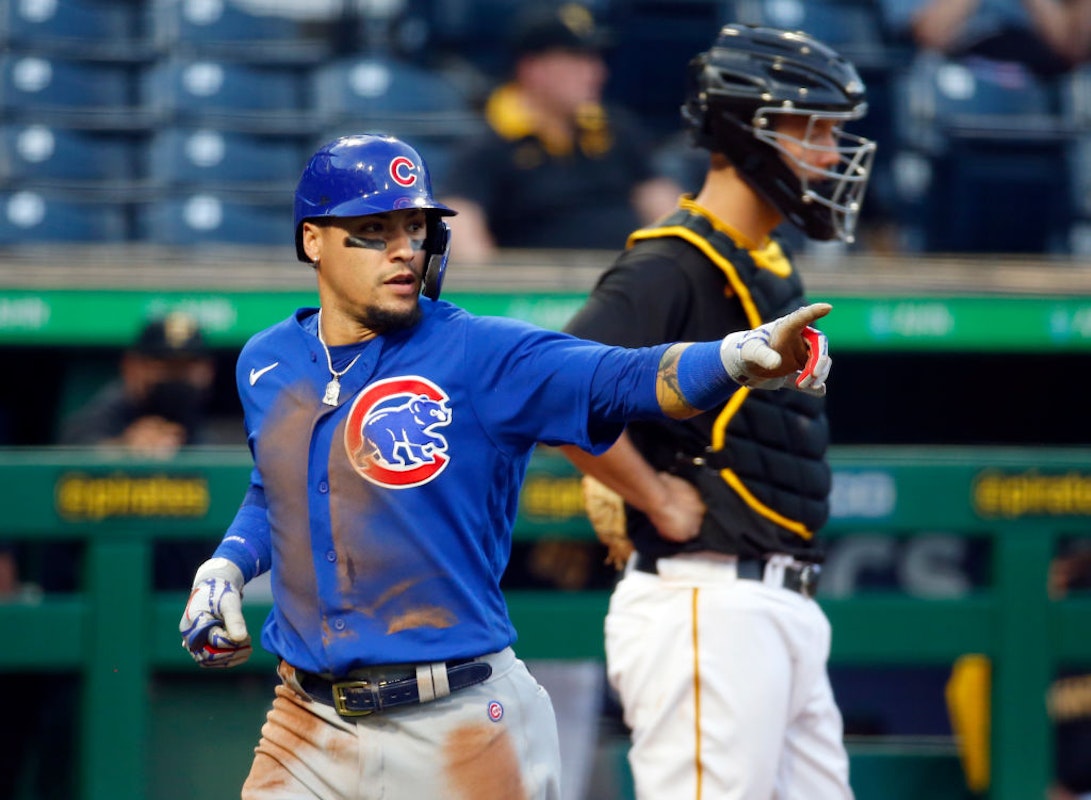 Some baseball plays are so absurd you just have to see it to believe it.

On Thursday afternoon, the Chicago Cubs and Pittsburgh Pirates played a matinee game at PNC Park. With two outs in the third inning, Cubs shortstop Javier Báez hit a ground ball to Pirates third baseman Erik Gonzalez. What followed has to be seen to be understood … then we’ll explain.

Gonzalez’s throw takes Pirates first-baseman Will Craig off of the first-base bag, causing Báez to stop and try to give the baserunner  — Willson Contreras — time to score from second. The only issue? There were two outs in the inning.

All Craig had to do was backpedal to the bag at first and the inning would have been over. Craig took his sweet time in following Báez as he retreated toward home plate, and Contreras was able to slide under the tag of Pirates catcher Michael Perez. Báez then took off for first base — which was uncovered — the throw from Perez sailed into right field, and Báez slid safety into second.

“My first thought was to go headfirst, pretty much out of the baseline, but the throw got there so early,” Báez told reporters after the game. “I was just trying to make Willy score even though there were two outs. When I called safe, I remember that I had to go to first. I was pretty tired.”

Pirates manager Derek Shelton shouldered the blame for the play, saying that it’s on him for his players to know the rules.

The Pirates broadcast — laughing at the play initially — was floored by what they witnessed.

“Oh my goodness! No way,” play-by-play announcer Greg Brown said on the Pirates broadcast. “That is unbelievable! Never seen that before. Never. Javier Báez just stole a run for his Cubs. That’s amazing.”

The Pirates call of that play by Baez, Tristan Jarry has to be grateful for the distraction pic.twitter.com/o77V0oWBCT

Ilhan Omar: Democrats Must ‘Grow a Backbone’ and ‘Abolish the Filibuster’

“I’ve never seen anything like it,” Cubs pitcher Kyle Hendricks said after the game. “I don’t think you’ll ever see it again. …The dugout was just losing it. They couldn’t believe what they just saw with their eyes. Guys were going crazy.”

He would be safe at second base 30 seconds later pic.twitter.com/SiYwICpKch

First baseman Anthony Rizzo — sitting out the game due to lower back tightness — was seen doubled over with laughter in the Cubs dugout.

Craig was clearly confused and concerned about allowing Contreras to score before applying the tag on Báez, but the tag wasn’t necessary in the first place.

The Cubs went on to sweep the three-game series with a 5-3 victory.

Joe Morgan is the Sports Reporter for The Daily Wire. Most recently, Morgan covered the Clippers, Lakers and the NBA for Sporting News. Send your sports questions to [email protected].

The views expressed in this piece are the author’s own and do not necessarily represent those of The Daily Wire.