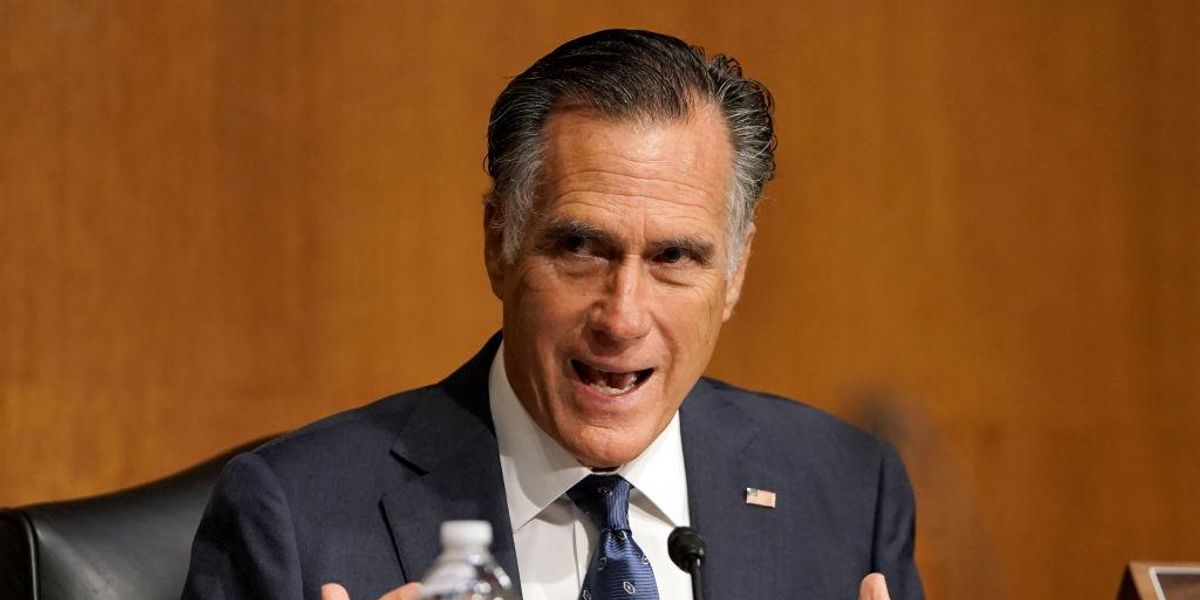 Sen. Mitt Romney (R-Utah) was boisterously booed on Saturday when he took to the stage at the Utah Republican Party’s organizing convention. Some hecklers called Romney a “traitor” and “communist,” according to the Salt Lake Tribune.

Romney, one of the most prominent Republican critics of former President Donald Trump, appeared before 2,145 registered delegates at the Maverik Center in the Salt Lake City suburb of West Valley City. As Romney walked up to the lectern to speak, he was loudly booed by the Republican crowd. There were also cheers for the former Republican presidential nominee, but the chorus of jeers seemed to drown them out as heard in videos posted online.

Romney attempted to appease the partly hostile crowd, “So, what do you think about President Biden’s first 100 days?”

“Now you know me as a person who says what he thinks and I don’t hide the fact that I wasn’t a fan of our last president’s character issues,” Romney told the audience, which in turn booed him even more intensely.

Romney then asked the crowd, “Aren’t you embarrassed?”

The booing and heckling lasted over a minute, which prompted Utah GOP chair Derek Brown to intervene by walking up on stage and say, “My friends, this is the moment I was talking about, please show respect.” The crowd then applauded and Romney went back to delivering his speech at the GOP event.

Also during the convention, Utah Republican Party voted on a resolution to censure Romney for voting to convict Trump over the Jan. 6 Capitol riot. Romney escaped official censure by a vote of 798 to 711.

#BREAKING: Utah Republicans vote NOT to censure @SenatorRomney for his Trump impeachment vote. 711 for 798 against https://t.co/WbJDTjUmFd

The Voice reveals big news for fans ahead of finale