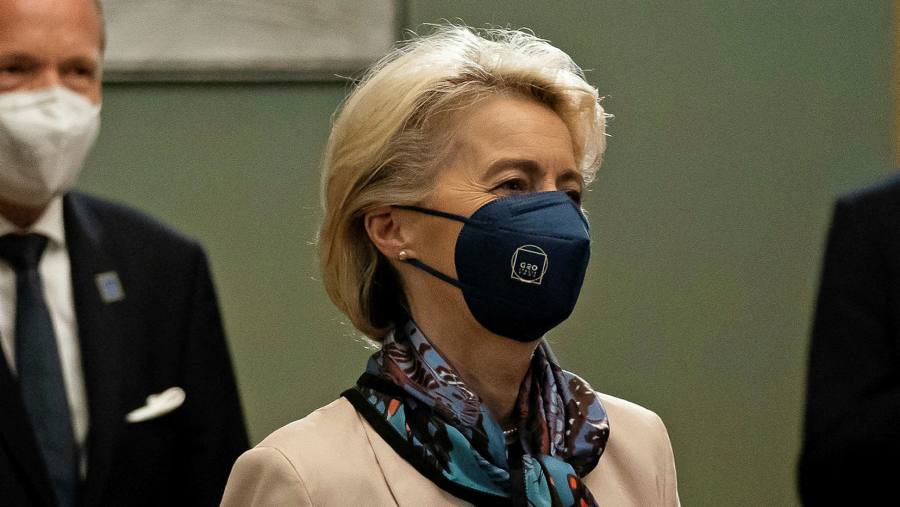 The US and the EU have agreed to ease tariffs on billions of dollars of steel and aluminium products in a bid to resolve a trade dispute that has hung over transatlantic relations since the Trump administration.

“We have agreed with the US to pause our steel and aluminium [section 232] trade dispute and launch co-operation on a Global Arrangement on Sustainable Steel and Aluminium,” said Valdis Dombrovskis, EU trade commissioner. He said Joe Biden, US president, and Ursula von der Leyen, EU Commission president, would give more details on Sunday.

The Biden administration and the EU have been negotiating a settlement on steel and aluminium trade for months. Former president Donald Trump imposed tariffs on metals products under little-used national security legislation in 2018.

The agreement puts in place a system of tariff-rate quotas, which will allow exports of metals between the EU and the US with lower levies up to a certain volume.

The EU was set to increase retaliatory tariffs on US goods from December 1, having paused action in May to allow time for negotiations.

The deal was announced on Saturday during the G20 summit in Rome, in an arrangement US officials said would reduce global carbon emissions and Chinese overcapacity in the sector, while easing supply chain bottlenecks in the metals industry.

US trade representative Katherine Tai said that in addition to the EU eliminating retaliatory tariffs against the US, “we have agreed to suspend the WTO disputes against each other related to the 232 disputes”.

“Going forward, the US and the EU will analyse the volume of steel and aluminium imports from the EU each year, share information and best practices on trade remedies, and ensure that products from non-market economies do not benefit from the arrangement,” she said.

Tai told reporters that the agreement “also addresses global overcapacity from China and toughens enforcement mechanism to prevent leakage of Chinese and other unfairly traded steel and aluminium into the US market”.

The EU was under huge pressure from steelmakers to get the tariffs lifted. An EU official said the US would allow in at least as much steel as before the tariffs.

The US bought around 3.2m tonnes annually from the EU before the tariffs and that has dropped by a third since.

The deal mirrors those struck with Canada and Mexico, who agreed to limit steel imports in return for the lifting of tariffs.

Kevin Dempsey, president and CEO of the American Iron and Steel Institute, an association of US metals producers that was supportive of the tariffs, said he appreciated “the Biden administration’s continued recognition that the American steel industry is critical to our national and economic security”.

But he warned: “Proper implementation and enforcement of the [tariff rate quotas] will be crucial to ensuring that the new measures are effective in meeting these critical objectives.”

US spirits producers, which had been hit by retaliatory tariffs in connection with the dispute, were thrilled. “With the removal of these EU tariffs, we are energised and ready to ramp up our American Whiskey promotions in the EU to reintroduce America’s native spirits to EU consumers and resume a great American export success story,” Distilled Spirits Council President Chris Swonger said.

The deal received some early backing on Capitol Hill. “Working together, the US and EU can successfully fight back against China’s predatory economic policies and ensure American workers succeed,” said Ron Wyden, the chair of the Senate finance committee, which has jurisdiction over trade.

“Continuing to strengthen the US-EU relationship is essential to combat China’s efforts to take over entire industries and leave American workers in the lurch,” he added.

Latinos find that darker skin hurts their chances of getting ahead, a study says

What Do the National Conservatives Want?

Pro-Democracy Protesters Take to the Streets in Sudan