The UK and India have outlined a “2030 road map” to strengthen bilateral ties in key areas such as trade, education and defence, as London announced that the two countries had agreed investment deals worth almost £1bn.

The road map includes commitments to boosting economic ties through a “new and transformational comprehensive strategic partnership”, according to a joint statement after virtual talks between UK prime minister Boris Johnson and his Indian counterpart Narendra Modi on Tuesday afternoon.

The partnership aims to open up opportunities for business within sectors such as food and drink and life sciences by reducing trade barriers — for example, by reducing non-tariff barriers on items such as fruit and allowing medical devices to be exported between the UK and India more easily.

“The UK and India share many fundamental values. The UK is one of the oldest democracies, and India is the world’s largest. We are both committed members of the Commonwealth. And there is a living bridge uniting the people of our countries,” Johnson said.

“This connection will only grow over the next decade as we do more together to tackle the world’s biggest problems and make life better for our people. The agreements we have made today mark the beginning of a new era in the UK-India relationship.”

Modi described the meeting as “productive” and welcomed the “ambitious” road map in a series of tweets after the meeting.

Sandeep Chakravorty, the joint secretary for Europe west for India’s ministry of external affairs, described the summit as “a new milestone” in bilateral relations. “Both our leaders had substantive discussions . . . and exchanged views on regional and global issues of mutual interest”, he added.

The partnership will be reviewed each year by the governments’ foreign ministers and includes goals to increase collaboration between UK and Indian universities, secure international supply chains and boost the development of renewable energy.

The package of commercial deals announced earlier on Tuesday comprises £533m of investment into the UK from India that would generate more than 6,000 jobs in the UK, London said. British businesses have been granted trade deals within India worth about £446m.

Johnson said the latest deals, alongside any future trade agreement, would take the UK-India relationship to “new highs” and would “double the value” of the trading partnership between the two countries. Bilateral annual trade is estimated to be worth £23bn.

The Revival of the Great British Summer Holiday

“Each and every one of the more than 6,500 jobs we have announced today will help families and communities build back from coronavirus and boost the British and Indian economies,” Johnson added.

The package will also include a £240m investment by the Serum Institute of India into the UK health and sciences sector in order to provide additional funding for clinical trials, vaccine development and research.

International trade secretary Liz Truss said the latest set of deals were a “win-win” for both countries, and described the new jobs as the “tip of the iceberg”. 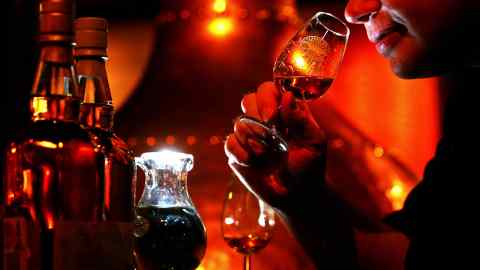 “What this is, is the immediate gains that what we can get for both countries, driving jobs and growth here in Britain and in India”.

“We’ll be looking for early wins that we can gain for both countries,” Truss added. “For example, there are currently very high tariffs on cars into India and on products like whisky into India — we want to see those tariffs lowered or removed to benefit industries here in Britain.”