Uh, Jason Momoa's Net Worth Is Out of This World… Literally

Jason Momoa’s net worth is almost as intimidating as his famous role of Khal Drago in Game of Thrones. The Hawaii-born actor has been acting since 1999, so it’s not a shock that he’s worth… a pretty penny. You didn’t think I’d tell you that easily, did ya? Nah, calculating a person’s net worth isn’t as simple as slapping a price tag on them. There a ton of factors like the number of his movies, TV shows, etc., etc.

I will give you a hint though: He’s worth eight-figures. Not too shabby. Here’s how Jason went from a Honolulu-born, midwestern-bred superstar.

He Got His Start on Baywatch

Like a lot of celebs, he started on a television show that is more or less a soap opera. Baywatch is an iconic show. I mean, fighting crime and looking hot on the beach? Riverdale could never.

“When I was in Hawaii I went to a casting call for Baywatch Hawaii—it was basically like a cattle call for 1,300 people,” Jason explained about the auditioning process. “I got there, and seven hours later when I finally got to the front of the line, they said, ‘Oh, you’ve got to have a resume.’ I was like, ‘Oh yeah, well, I don’t have one.’ They were like, ‘Dude, have you ever acted?’ I was like ‘No.” 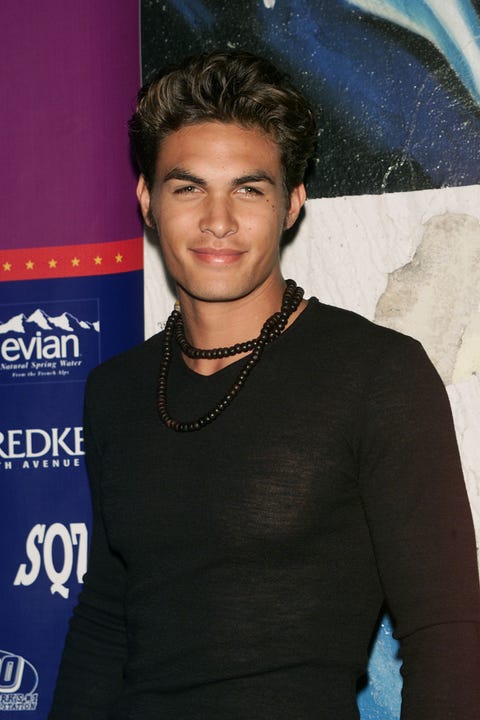 He made it work though and ended up playing a character named Jason (creative, I know) Ioane on Baywatch Hawaii from 1999-2001. What separated Jason (the character) from the other ridiculously hot lifeguards is that at 19, he was the youngest of the lifeguards. He was headstrong, a great swimmer, and was focused on getting in touch with his Hawaiian heritage. Now, I can’t speak to Mr. Momoa’s swimming skills, but the other traits def check out.

Game of Thrones Made Hime a Household Name

Khaaaal Droooogo—the scary Dothraki khalasar who ended up becoming the love of Daenerys Targaryen’s life. For two seasons, Khal Drogo had an important role as Khaleesi’s husband, father to her child who passed away, and provided her with an army that was crucial to her journey to Westeros.

Leads like Emilia Clarke (who played Daenerys) were making seven figures per episode. Jason undoubtedly made significantly less, but still had a great salary. Sadly, he said that he struggled financially after he was killed off.

“I mean, we were starving after Game of Thrones,” he told Instyle. “I couldn’t get work. It’s very challenging when you have babies and you’re completely in debt.”

It Pays to Be a Superhero

Of course, Jason’s had a slew of roles, but entering the DC Universe made a big impact on his paycheck. He plays Aquaman and has also starred in Justice League. Oh, and he’ll also be in the Aquaman sequel, nbd. He reportedly made $15 million for the first superhero film.

Plus, He’s Still the Lead of an Apple TV+ Series

Ever heard of the show See? It was one of Apple TV+’s first series when the streaming service launched. It’s a sci-fi drama and Jason has top billing. It’s been renewed for a second season and he reportedly makes $600,000 an episode.

And His Total Net Worth Is…

He also has been in a Super Bowl commercial and has business ventures. If I listed every way he makes money, then we’d be here for a while. Jason’s reported net worth is $15 million!

You love celeb news and updates. So do we! Let’s overanalyze them together.

The State of Household Debt in America

The Uses of Corn: Industries Affected by High Corn Prices