Esper reportedly recounts in “A Sacred Oath,” set to be released Tuesday, how Trump allegedly asked at least twice if the military could “shoot missiles into Mexico to destroy the drug labs” in the summer of 2020. Esper reportedly said Trump cited the constant flow of narcotics across the border as his reasoning. 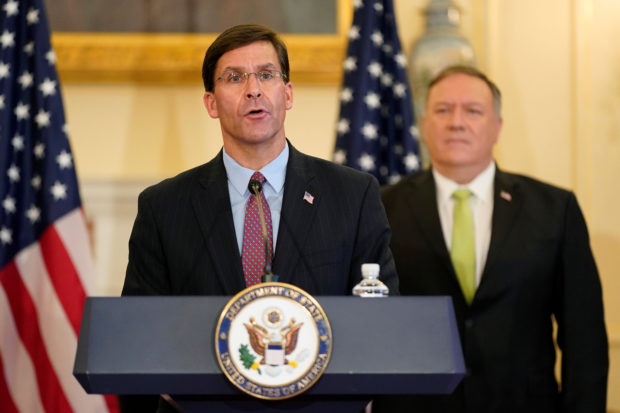 U.S. Defense Secretary Mark Esper speaks next to U.S. Secretary of State Mike Pompeo during a news conference to announce the Trump administration’s restoration of sanctions on Iran, at the U.S. State Department in Washington, U.S., September 21, 2020. Patrick Semansky/Pool via REUTERS

“No one would know it was us,” Trump allegedly added.

Esper also claims Trump is “an unprincipled person who, given. his self-interest, should not be in the position of public service.” Esper allegedly considered resigning several times but was allegedly worried that should he resign he would be replaced with a pro-Trump loyalist, which Esper believed would be unfair to the American people.

Seattle high school claims that 80 percent of its students identify as LGBTQ+, non-binary,...