We are here for you to provide the important Recent and Latest Current Affairs 31 July 2022, which have unique updates of Latest Current Affairs 2022 events from all newspapers such as The Hindu, The Economic Times, PIB, Times of India, PTI, Indian Express, Business Standard and all Government official websites.

Our Current Affairs July 2022 events will help you to get more marks in Banking, Insurance, SSC, Railways, UPSC, CLAT and all State Government Exams. Also, try our Latest Current Affairs Quiz and Monthly Current Affairs 2022 PDF which will be a pedestrian to crack your exams. 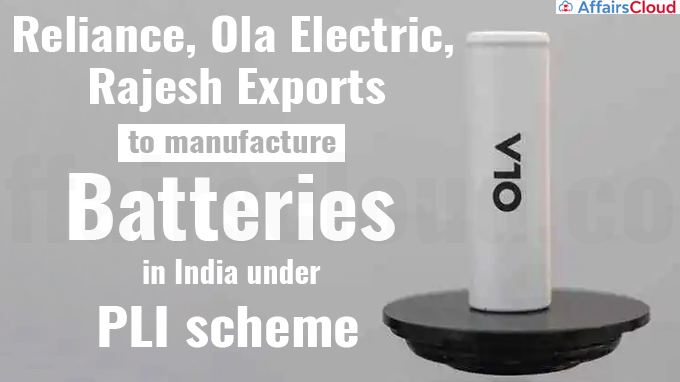 Highlights:
i.Under the agreement, the companies must set up their battery manufacturing facility within two years for availing incentives that will be paid over a five-year period based on the sale of batteries manufactured in India.

ii.It is estimated that a direct investment of around Rs 45,000 crore in ACC Battery storage manufacturing projects will be available under the PLI scheme .
iii.Background – In May 2021, the Union Cabinet had approved a National Programme on ACC Battery Storage for achieving the manufacturing capacity of 50 GWh of ACC and 5 GWh of Niche ACC, with an outlay of Rs 18,100 crore. The Indian Air Force (IAF) has planned to phase out four MiG-21 fighter squadrons by 2025. At present, the IAF has around 70 – MiG-21 aircraft and 50 MiG-29 variants.
The IAF has also planned to phase out the 3 squadrons of MiG-29 fighter jets in the next 5 years.
Note:
i.One of the MiG-21 fighter squadrons, Sri Nagar-based No 51 Squadron(also known as “Sword Arms,”), is set to retire from service in September 2022.
ii.The squadron will be number plated on 30th September 2022. (number plating refers to the retirement of a squadron which comprises 17 to 20 aircraft)
iii.The other 3 squadrons at Uttarlai, Suratgarh and Nal in Rajasthan will subsequently retire by 2025.
Background:
i.IAF’s plans to phase out the MiG-21 – Soviet-origin aircraft fleet is part of the IAF’s modernisation drive.
ii.This is not related to the latest crash of a MiG-21 jet in Barmer, Rajasthan.
History of MiG variants:
i.The MiG variants were first launched in 1963. The first fleet of the MiG variant was inducted into the IAF in 1963 and India procured more than 700 MiG Variants in the following years.
Key Points:
i.As a part of the IAF modernisation drive, the Defence Ministry has signed a Rs 48000 crore with Hindustan Aeronautics Limited(HAL) in February 2021 to procure around 83 Tejas Fighter aircraft.
ii.IAF is also set to procure 114 Multi-Role Fighter Aircraft (MRFA).
iii.The government of India is working on a USD 5 billion project which aims to develop a 5th generation medium-weight deep penetration fighter jet to enhance the air power capability of India. 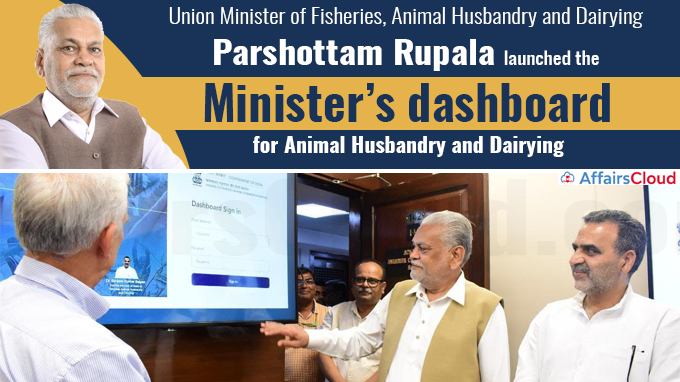 Key people:
It was launched in the presence of Dr Sanjeev Kumar Balyan,  Minister of State (MoS), FAHD, Dr L Murugan, MoS, FAHD and Information and Broadcasting (I&B), and  Atul Chaturvedi, Secretary, FAHD.
Schemes of DAHD:
The Department of Animal Husbandry and Dairying(DAHD) has launched several schemes to strengthen the livestock sector in India through  the introduction of new technologies, breeding programs, disease control and eradication programs, establishing dairy & meat processing infrastructures, human resource development etc.
Features of Dashboard:
i.It is equipped with the ability to track the status of individual scheme components, both at a national and state level schemes.
ii.The Dashboard enables the scheme owners to make policy interventions and improve decision making based on the dynamic data that is captured and periodically refreshed on it.

WHO declares Monkeypox as a Public Health Emergency of International Concern 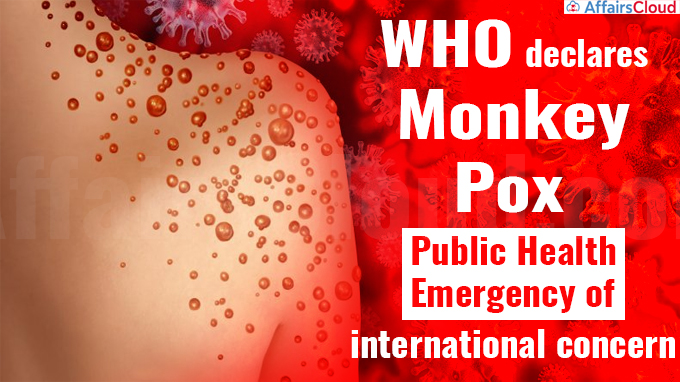 The World Health Organisation (WHO) declared the global monkeypox outbreak a ‘Public Health Emergency of International Concern’ (PHEIC), one step below that of a ‘pandemic.’

What is the Public Health Emergency of International Concern’ (PHEIC)?
According to the WHO, a PHEIC is an extraordinary event, which constitutes a public health risk to other States through the international spread, and which potentially requires a coordinated international response.
Key Points:
i.Earlier in 2020, the WHO also categorised COVID-19 as a PHEIC, when about 7,500 cases of novel coronavirus were reported later the status was elevated to ‘pandemic.’,

ii.The decision was passed by the WHO’s International Health Regulations Emergency Committee (IHREC) which held the discussion on the monkeypox outbreak in several countries.
iii.As part of the PHEIC declaration which is “temporary” and reviewed every three months, countries are expected to follow the guidelines of WHO.
Countries  are grouped into three categories:
i.Those with no reported cases or where the last case was from 21 days ago.
ii.Those with recently imported cases and experiencing human-to-human transmission.
iii.Countries where cases are being reported and have a history of the presence of the virus.
About World Health Organisation (WHO):
Director General- Dr. Tedros Adhanom Ghebreyesus
Headquarters- Geneva, Switzerland
Founded-1948 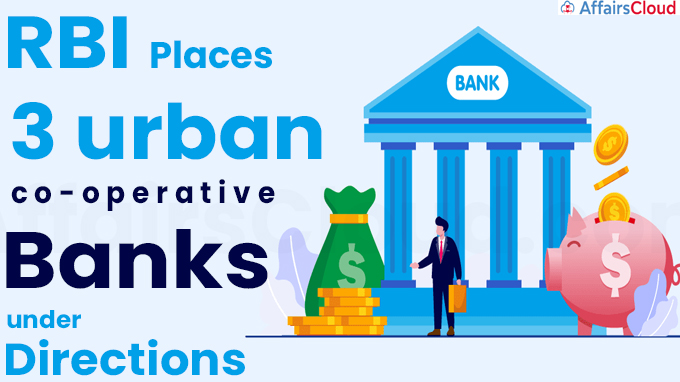 In Defense of Roe

JSW Steel has partnered with the United States (US)-based Boston Consulting Group (BCG) to meet its decarbonisation goals – to reduce its carbon emission by 42% by 20-29-30 versus the base year 2005.

Globally, the iron and steel industry accounts for ~8% of total Carbon dioxide (CO2) but in India, the industry contributes ~12% to the total CO2 emissions.

The Board of Directors of LIC (Life Insurance Corporation of India) Housing Finance Limited (LIC HFL) has approved the appointment of Ravi Kishan Takkar, former Managing Director(MD) and Chief Executive Officer(CEO) of UCO Bank, an additional Director (Independent) on the LIC HFL’s Board. 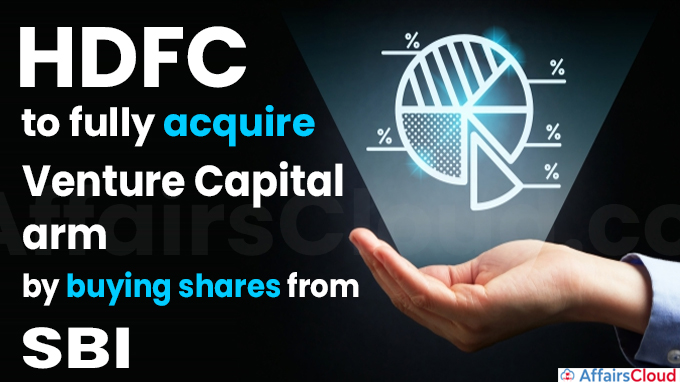 Note:
HVCL is an investment manager to HDFC Property Fund, and it was incorporated in October 2004.
About the Acquisition:
i.On July 29, 2022, HCFC signed a Share Purchase Agreement (SPA) with SBI for the acquisition of 97,500 equity shares of HVCL representing 19.50% of its paid-up share equity capital, at a consideration of Rs 10 per share.
ii.The acquisition will be completed within 14 days from the date of execution of the Share Purchase Agreement (SPA) or by August 12, 2022.
About Housing Development Finance Corporation Limited (HDFC):
Headquarters-Mumbai, Maharashtra
Founded-1977
Chairman- Deepak Parekh
Vice Chairman & CEO-Keki M. Mistry 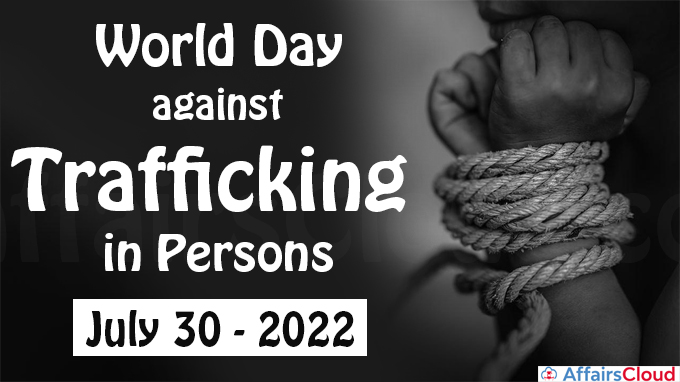 Earth Overshoot Day(EOD) annually marks the day on which the demand of humanity for ecological resources and services in the year exceeds the regeneration capacity of Earth in that year.
The Earth Overshoot Day 2022 falls on 28th July 2022 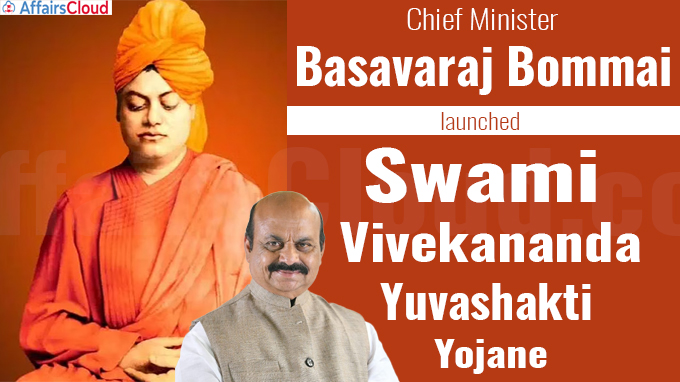 AffairsCloud Ebook – Support Us to Grow

Americans Know Whom to Blame

Virginia Democrat goes on Fox News and rejects campaign help from Biden — then...