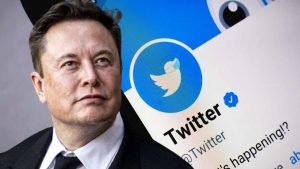 Twitter has hired top law firm to charge legal action against Tesla and SpaceX CEO Elon Musk on his decision to terminate the $44 billion takeover deal. Musk decided to suspend the deal due to multiple breaches of the purchase agreement. The two parties are likely set for a protracted court battle, according to lawyers. Musk could also be faced with paying a $1 billion breakup fee for walking away.

Twitter shares sank in premarket trade after Elon Musk said he is trying to terminate his $44 billion takeovers of the company. Shares of the social media platform closed down 11%. Tesla, where Musk is CEO, fell about 6.5%. After the market closed and Musk’s letter was published, Twitter’s stock continued to decline while Tesla climbed higher.

Loan purchases, students and the criminal justice system, and more

FACT CHECK: Does Ted Cruz Send The Same Tweet After Every Mass Shooting?

Wife shoots husband, claims he was a child molester