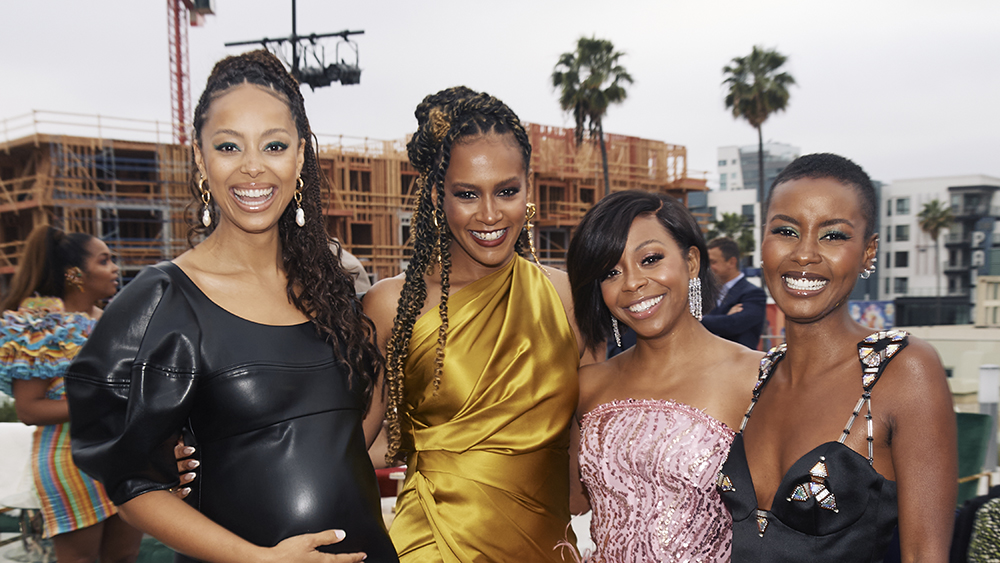 Just hours after the CDC announced Thursday that vaccinated people can now generally go unmasked in private and public spaces, Starz rolled out the red carpet for the Los Angeles premiere of its new comedy series “Run the World” at NeueHouse Hollywood.

“It’s going to be an interesting adjustment for a lot of people,” Amber Stevens West, who plays Whitney on the show, told Variety. “I’ll probably still be wearing a mask out for a while unless I’m with company that I know I’m comfortable with, just for safety reasons. Also, I think culturally it’s a nice thing to establish.”

“Run the World” centers on a group of four Black best friends in Harlem as they navigate their careers, romance and more. Created by Leigh Davenport and executive produced by Yvette Lee Bowser (“Living Single”), Stevens West’s costars include Bresha Webb, Corbin Reid and Andrea Bordeaux.

“These characters are all really different from one another. They’re also living very successfully and are very supportive of each other,” Stevens West said. “This is just an uplifting group of women and I think it’s also important to see Black women like that.”

Bordeaux added, “There’s so much really heavy entertainment right now. I think that this is just a bright light that I hope people are gravitating to and really get to just relax and settle into.”

Filming “Run the World” also served as a learning experience. For Webb, who plays the laugh-out-loud Renee, the role taught her how to be selfish.

“With these women and watching them and to see how they were written, it just inspired me to take that time and be proud of the time that I take for myself in therapy or spending time with my girlfriends,” she said.

“Run the World” premieres May 16 on Starz.

Will Ohio Republicans Nuke Their Own Pandemic Recovery?