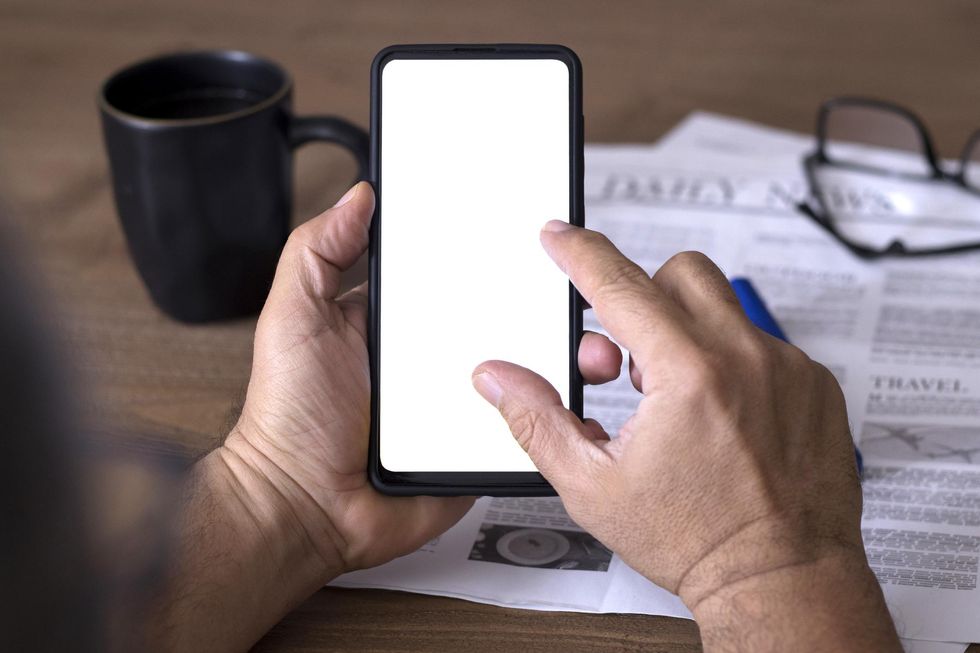 Legislation that would permit media outlets to form a cartel to negotiate with Big Tech companies and force them to share ad revenue passed out of Senate committee with bipartisan support Thursday, though not without objection from several conservative lawmakers and even progressive groups.

The bill, the Journalism Competition and Preservation Act, would permit “eligible” media companies to band together and collectively bargain for payments from tech platforms like Google and Facebook that “acquire, crawl and index” their content. Supporters of the bill say it will be a lifeline to dying local newspapers and broadcasters who will be able to “reap the revenue they deserve from the content their journalists create.” Critics warn it could hurt competition and empower a handful of large media conglomerates to collude and set up effective paywalls that limit access to news and information, especially content from independent journalists or blogs.

“We are at great risk of losing our news reporting, because while U.S. newspapers ad revenue plummeted $37 billion in 2008 to less than $9 billion in 2020, Google and Meta — also known as Facebook — became digital advertising titans raking in billions in ad dollars while taking news content,” bill sponsor Sen. Amy Klobuchar (D-Minn.) said Thursday morning during markup in the Senate Judiciary Committee.

“This is not about content, this is simply about negotiating prices,” she added.

Those supporting the bill insist it will help small news companies earn money by having Big Tech platforms pay to host and share their content. They pointed to declining newspaper revenue and the fact that more than 360 newspapers have closed since just before the start of the pandemic, according to the New York Times, as evidence the news industry needs help to survive.

“Today’s markup and vote was a major step towards getting small and local news publishers the fair compensation they deserve for their content,” said News/Media Alliance President & CEO David Chavern in a statement. News/Media Alliance is a lobbying group representing major news conglomerates that has pushed for Congress to pass the Journalism Competition and Preservation Act.

Sen. Ted Cruz (R-Texas), who initially opposed the bill, joined those in support and enabled the bill to pass after the committee adopted an amendment he said would protect conservative media outlets from online censorship.

His amendment would prevent media organizations in the cartel from discriminating against other publications based on “size” or “views expressed.” It would also prevent media and tech companies from forming an agreement governing how a platform “displays, ranks, distributes, suppresses, promotes, throttles, labels, filters, or curates the content of the eligible digital journalism providers” and social media users, the Daily Caller reported.

“This amendment protects against this antitrust liability being used as a shield for censorship,” Cruz said.

\u201cSen. Ted Cruz on his JCPA amendment: “This amendment protects against this antitrust liability being used as a shield for censorship. Big Tech hates this bill…This [amend] will be the 1st meaningful consequence for & protection against censorship based on viewpoint & content.”\u201d

But other conservative lawmakers opposed to the bill raised have concerns about creating exemptions to antitrust law for certain media companies.

“This is a bill that troubles me because it links the financial incentives of big tech platforms and the new industry by requiring tech platforms to share their monopoly rents with the news industry, with news publishers, making publishers more dependent on big tech, not less,” Sen. Mike Lee (R-Utah) said at the committee meeting.

“This bill retains the fundamental flaw of attempting to improve competition by sanctioning the formation of cartels, something that our antitrust laws go out of their way to prohibit — something that our antitrust laws prohibit with criminal penalties attached to them,” he added. “And here we are rushing in to create them. To authorize them. To sanction them. To condone them. This is really troubling, where does it stop? If we do it for this industry, why wouldn’t we do it for others?”

To other critics, including some on the left, a major flaw of the bill is that many local newspapers are actually owned by large conglomerates. A consequence of many newspapers failing is that those that remained have been consolidated and are owned by a handful of big news corporations like McLatchy, NewsCorp, and Gannett. These conglomerates are represented by News/Media Alliance.

“While the JCPA has undergone extensive rewrites, it is still an antitrust exemption, a legal maneuver that has a history of failing to achieve beneficial goals. Allowing the largest media conglomerates – like Alden Global Capital, Gannett, Sinclair Broadcast Group, and News Corp – to collude on the terms of access and value of their content will hurt competition and make our news landscape worse, not better,” said Lisa Macpherson, a senior policy analyst at the progressive nonprofit Public Knowledge.

“In a bill that is supposedly meant to encourage local journalism, there is no accountability for how the money is spent. Facebook and Google will fund more stock buybacks and executive bonuses than journalists’ salaries. It also introduces a precedent of payment for simply linking to information on the internet,” Macpherson added.

But the “most alarming” aspect of the legislation, according to R Street Institute fellow Josh Withrow, is the potential for Congress to create an implicit “link tax” — a payment the government would force tech platforms to make to publishers for sharing their content.

“The clever thing about the bill is that it never mentions this link taxes, copyright, or any specific means of revenue sharing at all. However, in practice, we know that’s what the companies are after because they’ve been shaking down Big Tech for similar results abroad, most successfully in Australia,” Withrow told TheBlaze via email.

“The antitrust exemption in the bill specifically allows the news publishers to ‘withhold’ their content from Google and Facebook, and in practice the only way that’s enforceable is if they claim an expanded ‘ancillary copyright’ that would include ownership of the links and snippets that the companies show in their ‘news’ sections,” he explained.

While the legislation does not explicitly create a link tax or alter copyright protections for news content, Withrow said courts may later interpret the law to create one.

“[Publishers would] have to claim this in court, but the argument would be that Congress wouldn’t give them negotiating power that wasn’t enforceable. In practice, there’s a real danger that if the courts go their way this would probably create an expansion of copyright that wouldn’t be narrowly limited to just news companies or Facebook and Google,” Withrow said.

A realized link tax could cripple conservative media outlets and other websites or blogs that link to news stories reported elsewhere.

“The concern is that it would discourage linking back to original reporting, which would have obviously deleterious effects on the basic ethics of journalism. Not to mention that if the copyright was expanded beyond news sites, it would make sites like Wikipedia totally useless,” he told TheBlaze.

“I worry that the cartel would exclude smaller conservative outlets as ‘not real news,’ and the only conservative-ish outlets that seem likely to profit much from the link tax would be Fox News and [the Wall Street Journal],” he added.

Tony Khan is the man responsible for AEW’s current problems, not CM Punk

All Americans Should Be Concerned about the Border Crisis

PM Modi to Attend SCO Meeting with Putin and Xi