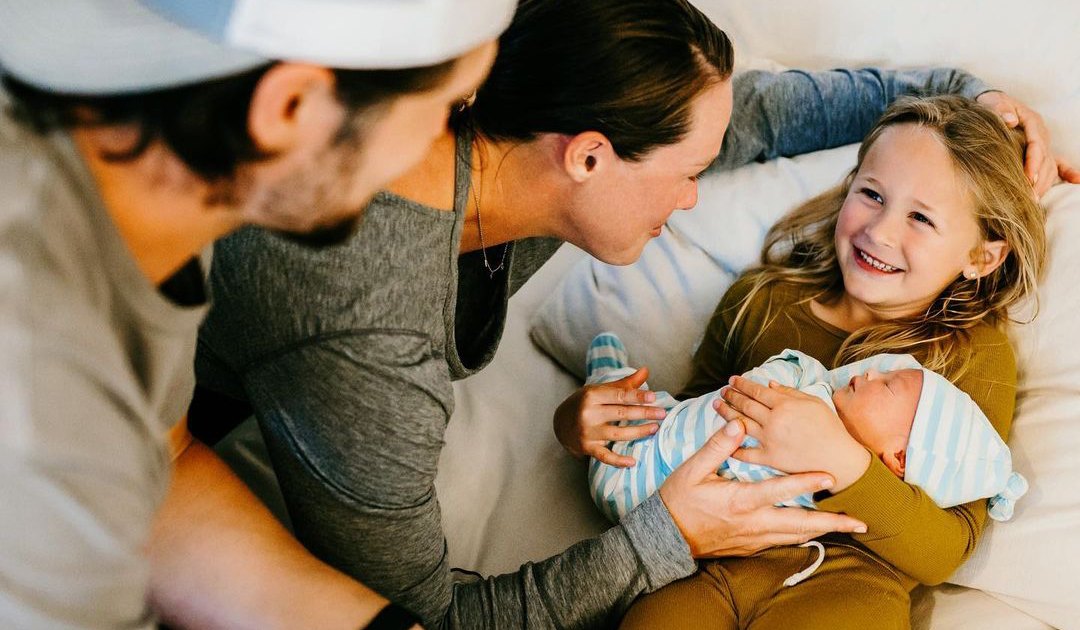 Looking back. Kara Keough and her husband, Kyle Bosworth, have been through a lot together since tying the knot in 2014.

The couple wed in February of that year at her mother Jeana Keough‘s home in Coto de Caza, California. The Real Housewives of Orange County alum rocked a pale pink Mark Zunino gown for their nuptials, while the former professional football player sported a gray suit.

The bride posted pictures from the ceremony via Instagram at the time, writing, “Best. Day. Ever.” At the pair’s reception, they served In-N-Out Burger and barbecue.

The following year, Kara announced that she was pregnant with their first child. “Needless to say, she’s already so spoiled,” the California native captioned her August 2015 announcement. “Thanks for loving on #BabyBoz, @mammavic & @tnsracing!! Cutest ever!”

In the social media upload, the former reality star showed off tiny bedazzled Converse sneakers and a matching tutu.

She and the athlete went on to tell E! News that their little one was due in February. She arrived two weeks early in January 2016.

“Decker Kate Bosworth was born with a full head of brown hair and pretty blue eyes,” the new mom told the outlet at the time. “Daddy Kyle Bosworth cut the umbilical cord and grandma Jeana Keough got on a flight the second I was being admitted. She arrived in Florida about five hours after Decker’s birth.”

Kara added, “I wore heels to the hospital. I thought I was just coming in for my weekly check up and apparently Decker had other plans.”

The couple announced in October 2019 that baby No. 2 was on the way. Their baby boy, McCoy, died six months later in childbirth.

“He joined our Heavenly Father and will live forever in the hearts of his loving parents, his adoring sister, and those that received his life-saving gifts,” Kara wrote via Instagram in April 2020. “Until we see you again. We love you, McCoy.”

Six days before the anniversary of McCoy’s death, Kara gave birth to son Vaughn on March 31, 2021.

Keep scrolling to see Kara and Bosworth’s major moments as a family, from joint Halloween costumes to birthday parties.

The Voice Of Movies Games And Videos Returns

It'' s Raining Money! What Takes place When It Stops?