On June 29, the Biden administration announced that in response to Russia’s full-scale invasion of Ukraine, it was broadly expanding U.S. military forces based permanently or on a rotating basis in Europe.

Prior to that statement, Putin’s aggression had already spurred Washington to increase U.S. military personnel in Europe from 80,000 to 100,000 (mostly non-combat) troops, some of whom will now be staying in the region in one fashion or another (A detailed yet simplified outline of the U.S. force structure in Europe can be found below). The new force structure may also contribute to ambitious plans by NATO to increase its so-called high readiness forces from 40,000 to 300,000 troops.

For now, U.S. deployments apparently remain constrained by the 1997 NATO Founding Act, in which the alliance pledged not to permanently station “substantial” combat troops in its newest eastern European members. Thus, the new permanently-based troops are mostly headquarters and support units; while combat troops are continuously rotated into the region as part of NATO’s Enhanced Forward Presence (eFP) program, which has been in place since 2015.

The remainder of this article looks at six ways the U.S. military’s presence in Europe is being upgraded.

The U.S. Army’s V Corps was long associated with operations in Europe starting with its founding in World War I, its landing at Omaha Beach in World War II, and it’s overseeing of a powerful Cold War garrison in Germany. It was finally deactivated in 2013 following deployments to Iraq and Afghanistan.

The corps was resurrected in 2020 at Fort Knox, Kentucky with a focus on Eastern Europe, with 200 personnel out of its 635-soldier HQ unit stationed at Poznan, Poland. Now the HQ will be permanently based there, alongside a Field Support Battalion that helps manage installations and inventory and provide maintenance services.

A former planner for the U.S. Army battle group in Poland wrote to me that the corps HQ will result in more cohesive defensive planning for Poland and the Baltics, and could enhance interoperability with the diverse hodgepodge of international troops in NATO’s forward presence battlegroups. These potential enhancements are covered in more detail in a companion article.

The White House promised other unspecified “enhancements” to the U.S. armored brigade routinely rotated into Poland and smaller units in the Baltics.

An Additional Rotational Brigade in Romania

Washington furthermore plans to continuously rotate a brigade in Romania to supplement the one in Poland. Currently, 4,700 soldiers from the 101st Airborne Division’s second Brigade Combat Team (BCT) are tapped for that role.

Like Poland, Romania hosts a key U.S. missile defense base. Furthermore, nearby Moldova – a country formed out of Romanian territory seized by the Soviet Union during  World War II – encompasses Transdniestria, a separatist-controlled region on which Russian battalions are deployed. Russia’s military has suggested it would seek to occupy a “land corridor” across Ukrainian territory connecting Russia to Transdniestria.

The former Army planner cautioned, however, “… the facilities do not exist in Romania to base and employ an airborne force to their full potential, so they would effectively become a light infantry force. The 173rd [Airborne Brigade] out of Italy would be more than able to cover any contingencies requiring airborne forces. I would expect the rotational BCT [in Romania] to be filled by active-duty or National Guard BCTs from the US, probably an Infantry BCT first, then transitioning to an Armor BCT.”

The Pentagon now plans to take advantage of the special infrastructure already in place at Lakenheath by doubling the number of Lightning squadrons there to four, for a total of 96 F-35A.

Stealth aircraft are difficult to detect on radar and even harder to attack at a distance, meaning they can intervene on Day One of a war even where Russian air defenses such as fighters and long-distance surface-to-air missile batteries have yet to be knocked out. Though not invulnerable, that gives stealth fighters far greater freedom to operate over contested or enemy airspace.

Lakenheath is less exposed to Russian tactical ballistic missiles than airbases in Germany—but still within range of Russia’s air-launched hypersonic missiles and sea- and air-launched subsonic cruise missiles. There are concerns that airbases in the UK lack ground-based air defense.

Since 2014, the U.S. Navy has forward-deployed four Arleigh Burke-class missile destroyers in Rota, Spain. These destroyers routinely surveil and confront Russian naval operations in the Mediterranean, Baltic, and (until recently) Black seas. 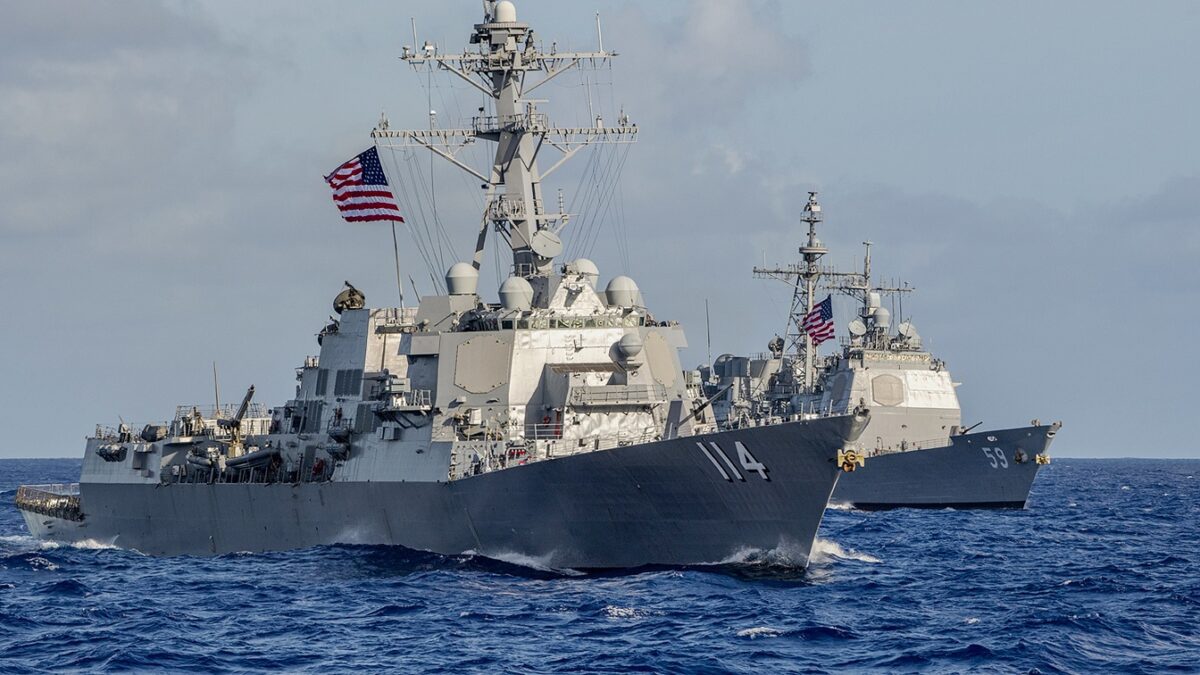 This force will expand in number to six by 2024, making more available for patrols and exercises with European navies. A potential maintenance scheme with Spanish shipbuilder Navantia could reduce operating costs.

Sen. Blumenthal’s Family Splurged On Intel Stock Before He Voted For A Massive Subsidy Bill

Air Defenses in Germany and Italy

Russia’s campaign of long-distance missile strikes seemingly has spurred the deployment of additional U.S. air defenses to Europe. That includes a short-range air defense (SHORAD) battery of 65 personnel for Italy, a SHORAD battalion in Germany, and an Air Defense Brigade HQ.

These units typically operate Avenger Humvee armed with Stinger missiles, though some may receive six-wheeled Stryker M-SHORAD armored vehicles festooned with Stinger and Hellfire missiles and a 30-millimeter cannon.

The brigade HQ, meanwhile, could facilitate a more cohesive air defense scheme in Eastern Europe than the current patchwork.

According to the former Army planner, “… having a permanent air defense brigade presence there would certainly allow for the US to implement a proper large scale integrated air defense system (IADS). Currently we have some scattered Patriot batteries, some attached Avengers, and other pieces of operational/tactical AD systems, but no real “curtain” that would be able to interdict Russian air/missile systems across the frontier. Additionally, many of our allies rely on Soviet-era systems that will not interface with our modern systems. With a [air defense brigade HQ] to plan and implement, we would be able to integrate all of our current assets including the F-35. It is a major step forward in the fight for air superiority over Eastern Europe.”

The 625 personnel going to Germany also include an engineering brigade HQ and a combat sustainment support battalion HQ.

According to the Army planner, these could provide crucial support services:

“… the existing infrastructure in the East is much more accommodating to Soviet-era armor than modern western tanks (ie. a lot of the bridges simply won’t hold a Leopard 2 or Abrams tank).” [The Leopard 2 and Abrams weigh 60-70+ tons, while Soviet/Russian designs run 40-50 tons.] “This has led to some fairly creative planning/rehearsals regarding occupying forward defensive positions. The engineer brigade would provide the expertise to allow the US/NATO to request prioritization of civil works to support contingency planning, and also provide additional resources (Joint Assault Bridges, Ribbon Bridges) to support maneuver forces on the ground.” 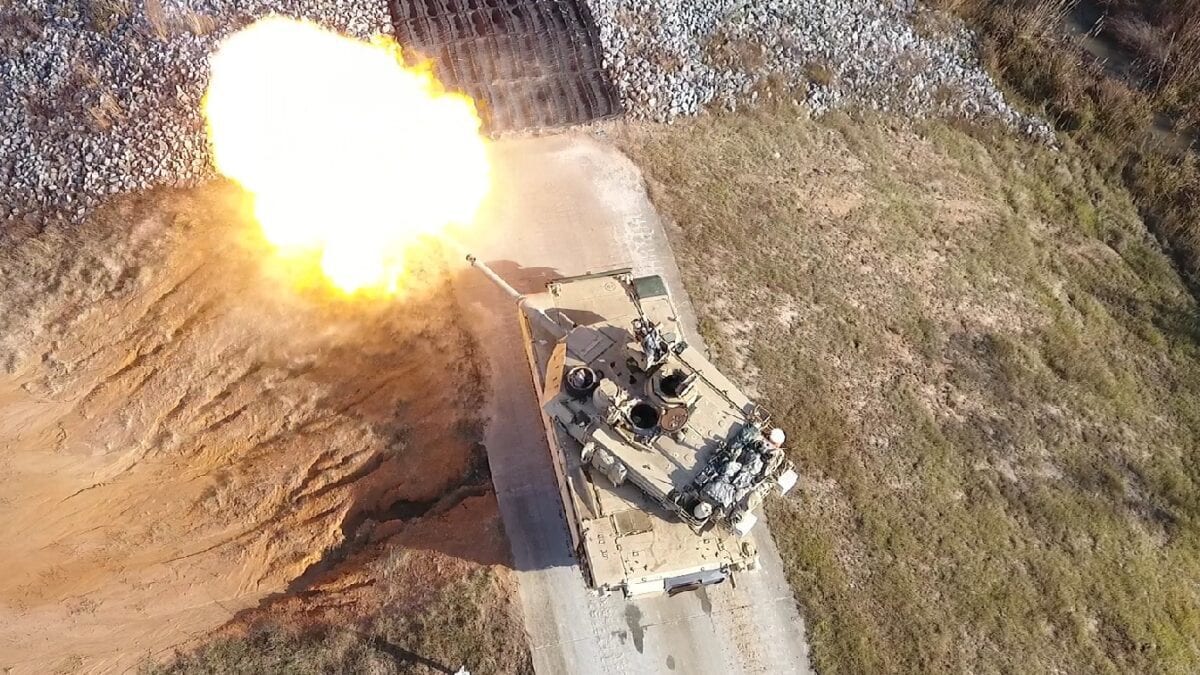 This CCSB battalion could help accelerate the rapid deployment of additional U.S. formations in an emergency by leveraging pre-positioned stocks of U.S. heavy military equipment in Europe which can be rapidly manned by U.S. personnel. According to the former planner, those stocks could generate a U.S. armored brigade in a week’s time.

Combat Support units, i.e. those that participate in combat but aren’t intended to attack or defend ground:

This is a count of operational flying squadrons permanently based in Europe prior to June 2022. (ie. excluding ground-based support units and those detached for operations in Africa.)

Sébastien Roblin writes on the technical, historical and political aspects of international security and conflict for publications including The National Interest, NBC News, Forbes.com, War is Boring and 19FortyFive, where he is Defense-in-Depth editor.  He holds a Master’s degree from Georgetown University and served with the Peace Corps in China.  You can follow his articles on Twitter.

Theses Dems Are Using The Dobbs Opinion To Demand Court-Packing