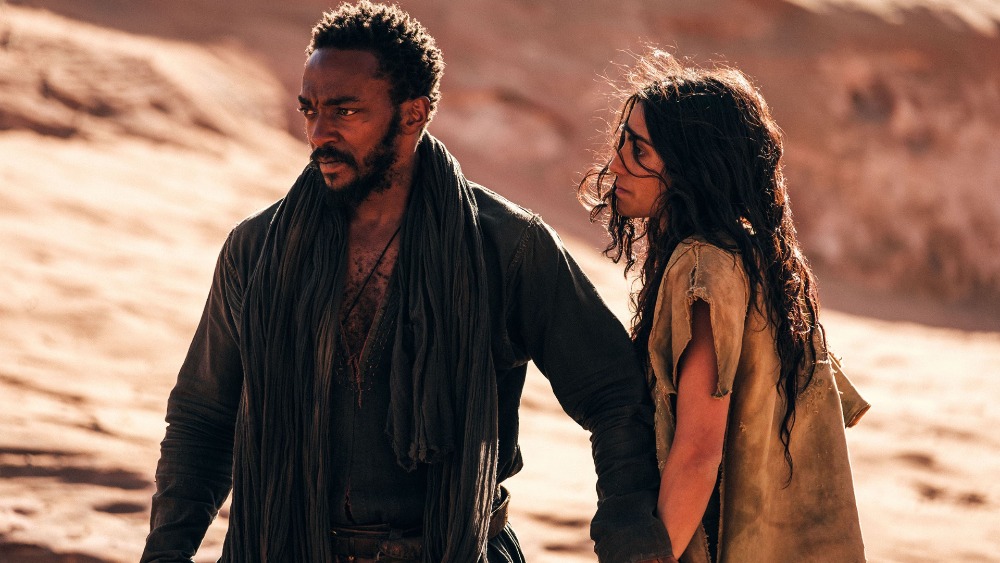 Pic, which started filming in September in NEOM, a futuristic city being built in the Tabuk province of northwestern Saudi Arabia, is being touted as the kingdom’s first tentpole movie and Saudi-owned MBC’s biggest production to date. The shoot is expected to continue for three more months, a statement said.

Zeinab Abu Alsamh, MBC Studios KSA general manager, in the statement called “Desert Warrior” “a testament to our ambition towards producing premium content for global audiences” and underlined that it’s “a tale of adventure, with a fierce female hero at the forefront of the story.”

The tale takes place at a time when Saudi Arabia was made up of rival, feuding tribes forever at each other’s throats. Emperor Kisra (Kingsley) has a reputation for being utterly ruthless. So when the Arabian princess Hind (Hart) refuses to become Kisra’s concubine, the stage is set for an epic confrontation.

Wayne Borg, managing director of media industries at NEOM, pointed out that, “Attracting a production of the scale of ‘Desert Warrior’ as our first feature film highlights the confidence the film industry has in our ability to deliver a seamless production experience.”

Saudi’s ambitions to build a film industry have been hindered by the 2018 murder of journalist Jamal Khashoggi and reports that appear to implicate Crown Prince Mohammed bin Salman in the assassination, which prompted media companies from the U.S. and elsewhere to clam up. But Hollywood now seems to be tiptoeing back in.

Cameras are also set to roll in Saudi in mid-November on Gerard Butler action thriller “Kandahar,” directed by Ric Roman Waugh, which MBC is co-producing and co-financing along with The Capstone Group and CAA Media Finance.

Taylor Swift Hid a Bunch of Easter Eggs in the All Too Well Short...