Regina King’s Career To Be Cemented at Imprinting Ceremony 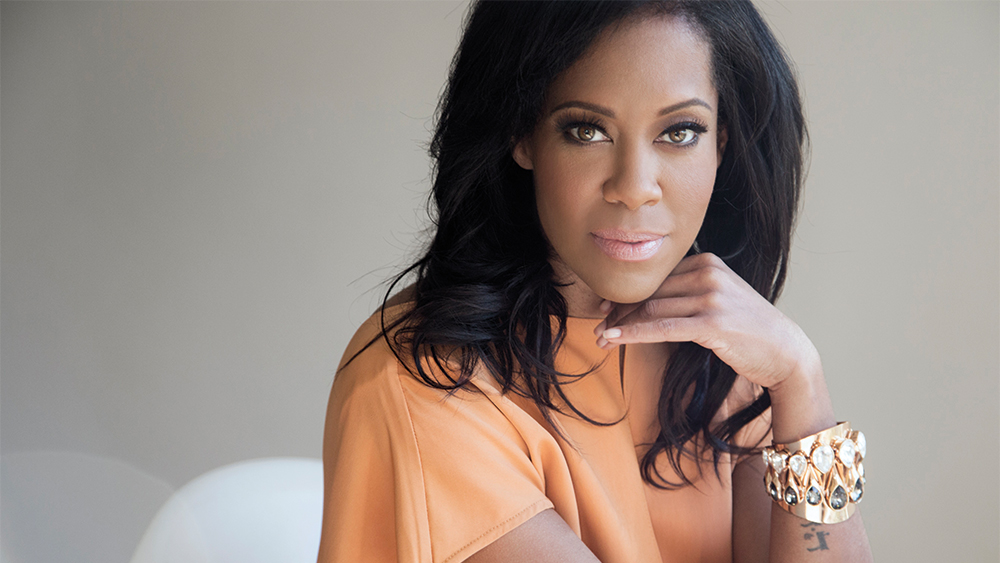 Regina King’s acting and directing career is abundant with accolades. So much so that the USC alumna reigns as the most awarded African-American performer to date with an Academy Award, a Golden Globe and four Primetime Emmys.

“I’m born and bred in L.A., when we got to see a film at the Chinese Theatre it was always an event because we could put our hands and feet on the prints of the movie stars,” she says. “I always wondered, was it hard to decide what shoe to wear? Who would have thunk I would answer my own question 40 years late …. yep! It is difficult to decide. I’m struggling between a pump and sneaker right now.”

Her legacy thus far is an eclectic mix of comedy (Friday) and drama (If Beale Street Could Talk), action (Watchmen) and adventure (The Harder They Fall). Her energy is palpable even when behind the scenes, as her directorial debut and Oscar-nominated film One Night in Miami proved.

This morning, King will add another honor to her growing list when imprints of her hands and feet will become permanent in the forecourt of Hollywood’s TCL Chinese Theatre among fellow industry titans and legends.

The ceremony comes amid celebrations for King’s latest project, Jeymes Samuel’s outlaw revenge saga The Harder They Fall, in which she plays “Treacherous” Trudy Smith. Gunfights, bank heists and train robberies might be a new setting for King, but tackling impactful and imposing characters is very much her forte.

The Los Angeles native made an early name for herself in the 1980s starring as Brenda Jenkins on the television series 227, before moving onto a trio of John Singleton projects: Boyz n the Hood, Poetic Justice and Higher Learning. Through the 1990s, King appeared in a slew of films that remain time capsules for the decade, such as Friday and Enemy of the State. No matter how long her time on screen, King always made her mark.

Take, for instance, her role as Marcee Tidwell in Jerry Maguire, in which she confronts Cruise’s Maguire about her husband, Rod Tidwell (Cuba Gooding Jr.), appearing in a waterbed warehouse commercial. “You’re making him common,” she quips, before reminding Maguire that she and her husband are well-versed in marketing and “we came to play.”

Following memorable roles on television, such as voicing Huey and Riley Freeman for the animated series The Boondocks and Detective Lydia Adams on TNT’s police drama Southland, King landed her first Primetime Emmy nominations and wins for her roles in American Crime. Ahead of her feature directorial debut, King has also taken a hand at directing episodes for several television shows including Scandal, Shameless and This Is Us.

Awards have since followed several of King’s prominent roles. In 2018, she played the mother of a murdered black teenager in the Netflix original series Seven Seconds, winning her third Primetime Emmy Award. Her performance in If Beale Street Could Talk earned her statuettes from the Golden Globes and Oscars for supporting actress.

King recently jumped onto the superhero trend in Hollywood, cementing herself into the DC universe as Angela Abar/Sister Night in HBO’s Watchmen and, coming up, will direct and produce the feature adaptation of Image Comics’ Bitter Root.

Watchmen received widespread critical acclaim (it took 26 Emmy nods and 11 wins) for its storytelling and visuals as well as highlighting the 1921 Tulsa race massacre. “There are people who believe that this world is fair and good. It’s all lollipops and rainbows,” King’s Abar says in the series. “We don’t do lollipops and rainbows. We know those are pretty colors that just hide what the world really is. Black and white.” King nabbed another Emmy for lead actress for a limited series.

From 227 Lexington Place to a special hotel in Miami, it’s clear King’s impact on Hollywood is as strong as the cement her imprints will be captured by.

Stocks Waver After Earnings From Macy’s and Kohl’s

Pete Davidson as Aaron Rodgers on SNL: “It’s My Body and My COVID”

Odds and Ends, Ends at Odds