A Hall of Fame track coach after a 29-year career at Conant High School, 66-year-old Ron Gummerson was responding well to cancer treatment and appeared on his way to recovering from melanoma in the spring of 2011.

“Then, it came back again at the end of April, and he died May 12,” says Sheila Gummerson, his wife for 42 years.

“We were all shocked,” remembers Kelly Higgins, now 49 and the oldest of the couple’s seven children. “We all felt this tremendous loss.”

“It was so healing for all of us,” Higgins says, noting the goals were to honor their dad, introduce people to the joys of track and field, and raise money for scholarships. 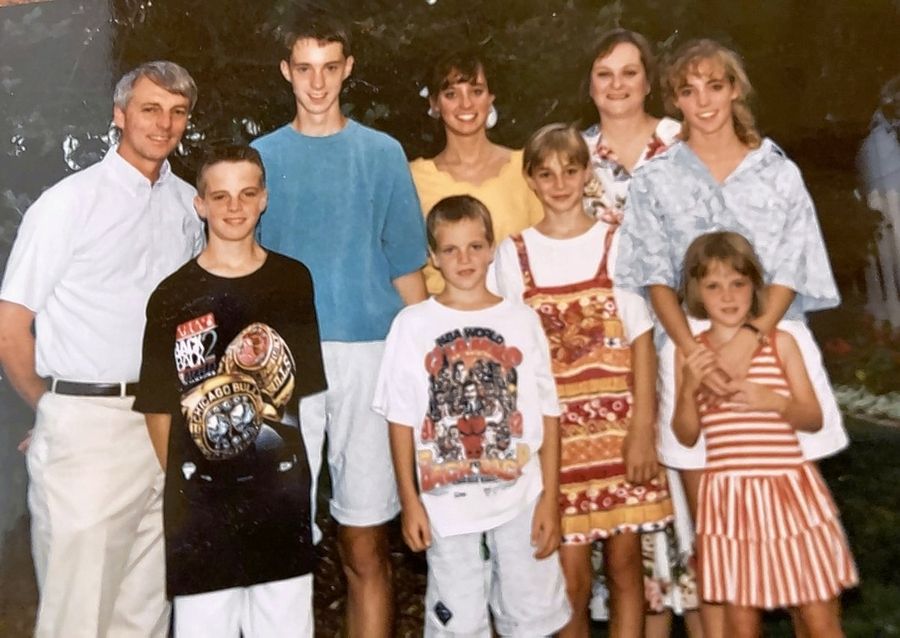 With seven children and busy lives, Ron and Sheila Gummerson found the time to take this photo on Father’s Day in 1992.
– Courtesy of Gummerson family

Done. Done. And done. Thursday, that tradition will end with a final meet at Conant High School, 700 E. Cougar Trail in Hoffman Estates. Registration begins at 5 p.m. Fees are $5 for unlimited events, and $3 for children 3 and younger. See gummersontrack.com for details.

None of today’s high school athletes was alive when Gummerson retired in 2002. Teachers and coaches move on and retire. Things change. When the pandemic canceled the event in 2020 and 2021, it had all but run its course.

In the event’s decadelong history, race day has raised enough money to award 21 college scholarships to Conant track and field athletes, totaling about $29,000.

“It was more the spirit of the thing,” says Sheila Gummerson, who says her late husband’s passion and kindness energized people of every age, including the athletes he once coached. “They’d come up to me and tell me how wonderful he was, and how much they enjoyed running for him. And I loved my kids hearing those stories, too.”

The idea of a track meet for all ages and abilities was hatched in 1973 by Ron Gummerson and Jack Ary. Gummerson was Conant’s head track coach and Ary was the head cross country coach, and they served as each other’s assistants.

“Ron had a way of getting the best out of kids, regardless of if they had a lot of talent or not,” says Ary, who now is 79 and lives in Huntley, but has been an integral part of the summer races in Gummerson’s memory.

“I ran the starting line,” says Ary, who couldn’t resist joining the other runners when he was 70 years old. “When the mile came, I put my megaphone down and jumped in.” 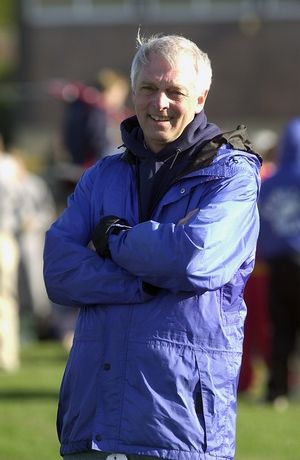 A beloved track coach at Conant High School, Ron Gummerson died at age 66, but a summer track meet for all ages has been part of his legacy.
– Daily Herald file photo

Ron and Sheila Gummerson met “in the teachers lounge” at Proviso West High School in Hillside, where she was an English teacher and he taught business, Sheila Gummerson says. She remembers telling her mother that her boyfriend ran cross country.

“Oh, cross country?” her mom replied. “When does he leave?”

Sheila Gummerson learned to be a partner in her husband’s track career, but she never was a runner. “Oh, God no,” she says. “I just ran after the kids.”

“Kevin is just like his father. He’s a wonderful teacher and people love him just like they loved Ron,” says Sheila Gummerson. He even keeps a pencil behind his ear, just as his father always did.

“I remember going to those summer races as a little kid,” Kevin Gummerson says. “It was such a positive experience. It’s been a great thing for so many kids. Watching him over the years, he inspired me to go into coaching. Everything he did is continuing on.” 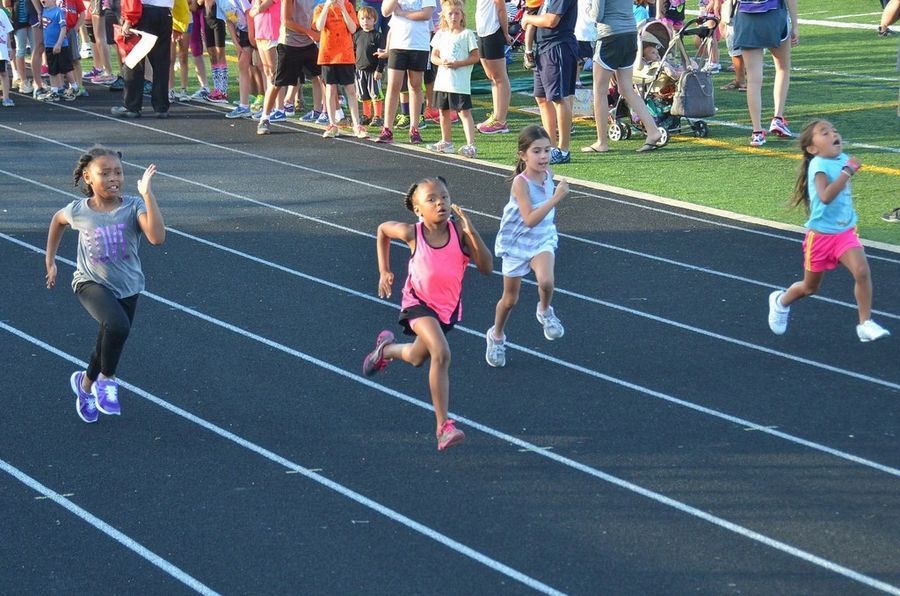 About a half-dozen kids coached by Ron Gummerson have become coaches as adults, Ary says. Kevin Gummerson is the third generation in the Gummerson family to be a coach, as his grandfather, Roy, was so instrumental in building the sport in Illinois that he earned the nickname “Mr. Track.”

Track was special to her late husband, Ron’s widow says. In basketball, football, baseball or soccer, many of the students love the sport and spend a decade playing it, only to be cut from the varsity team in high school. Track lets everyone compete.

Ron Gummerson used to remind his athletes that track, unlike those other sports, was not a game. “You’re really competing against yourself,” he would tell his athletes. Of the nine Gummerson grandchildren, ages 1 through 17, a couple are runners, Sheila Gummerson says.

The first time the children of Ron and Sheila Gummerson ran in the summer track meet, 4-year-old Kelly stopped on the track midrace to let her 2-year-old sister, Molly, catch up, their mom remembers. Kelly went on to run track in high school, but Molly realized gymnastics was a better fit for her.

Family members and organizers agree the event had a good run, but they knew it wouldn’t last forever.

“It’s bittersweet to see the meet go,” says Ary. After two years of the pandemic canceling the event, even bringing it back for a final year takes a lot of effort. Instead of just letting it fade away, the Gummerson children wanted to have a final race.

“They decided to do it one last time,” Sheila Gummerson says, adding, “I listen to my kids.”

Biden reminisces about old days in the Senate when he’d have lunch with ‘real...