Pro-life groups across the country are bracing themselves for future attacks from alleged pro-abortion protesters, telling the Daily Caller that authorities need to do more to stop vandalism and firebombing before they strike again in what has been more than a month-series of attacks.

Dozens of pregnancy centers have been vandalized with graffiti and fire-bombings after the leaked Supreme Court draft opinion indicated Roe v. Wade may be overturned. Places of worship and Supreme Court Justice Brett Kavanaugh have also been targeted in the wave of attacks since May 2. Directors of the pregnancy centers, which offer free services to women who are considering not having an abortion, are calling on the federal authorities to launch thorough investigations.

“I wish the FBI would say that these attacks on religious organizations are hate crimes,” Executive Director of Loreto House Randy Bollig told the Daily Caller. “I think there needs to be an example made, and rapid prosecution.”

“I’m definitely afraid,” Bollig said, adding he “would feel much better if I had FBI agents coming to visit,” and that he has been working with local authorities to track down the suspect.

The pregnancy center in Denton, Texas, was vandalized May 8 with the words “Forced birth is murder” and “not a clinic.” The graffiti was on the front door and the brick, which had to be replaced, Bollig said. “It’s a class A felony” because the damage was over $2,500, he added. 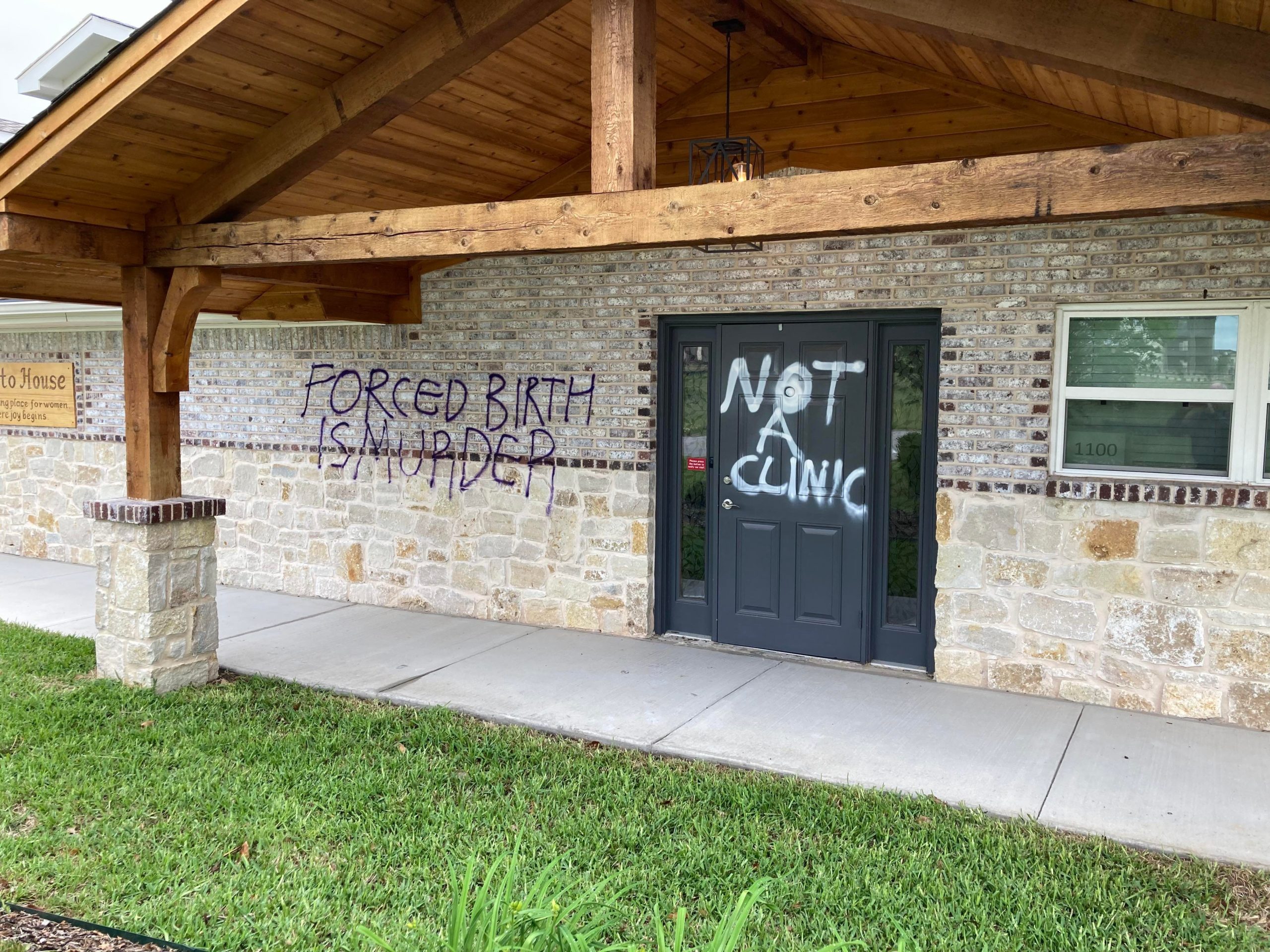 The goal of Loreto House, which is religious organization, is to “provide alternatives to abortion for women who are dealing with an unplanned pregnancy,” Bollig said. All their services are free.

“It was very scary for my staff, because we know what the rhetoric is… our guests were just horrified that somebody would do that,” Bollig continued. The pregnancy center did not stop operation and served 20-30 women the next day, he noted.

“I would just feel much better if our government would recognize the seriousness of this. We don’t allow terrorism against our citizens, we’re not supposed to,” he concluded.

The FBI announced Friday, over a month since the first attack, that they are investigating “threats targeting pregnancy resource centers and faith-based organizations across the country.” They did not call the attacks a hate crime.

The Department of Justice (DOJ) told the Daily Caller they had “nothing” to add “beyond the FBI statement” when asked if they considered the attacks hate crimes.

On June 7, the Department of Homeland Security (DHS) warned that they “expect the threat environment to become more dynamic as several high-profile events could be exploited to justify acts of violence against a range of possible targets” in a National Terrorism Advisory System Bulletin update.

A DHS statement states it’s engaging in information sharing across different stakeholders, among other measures, to mitigate the chance of future attacks. 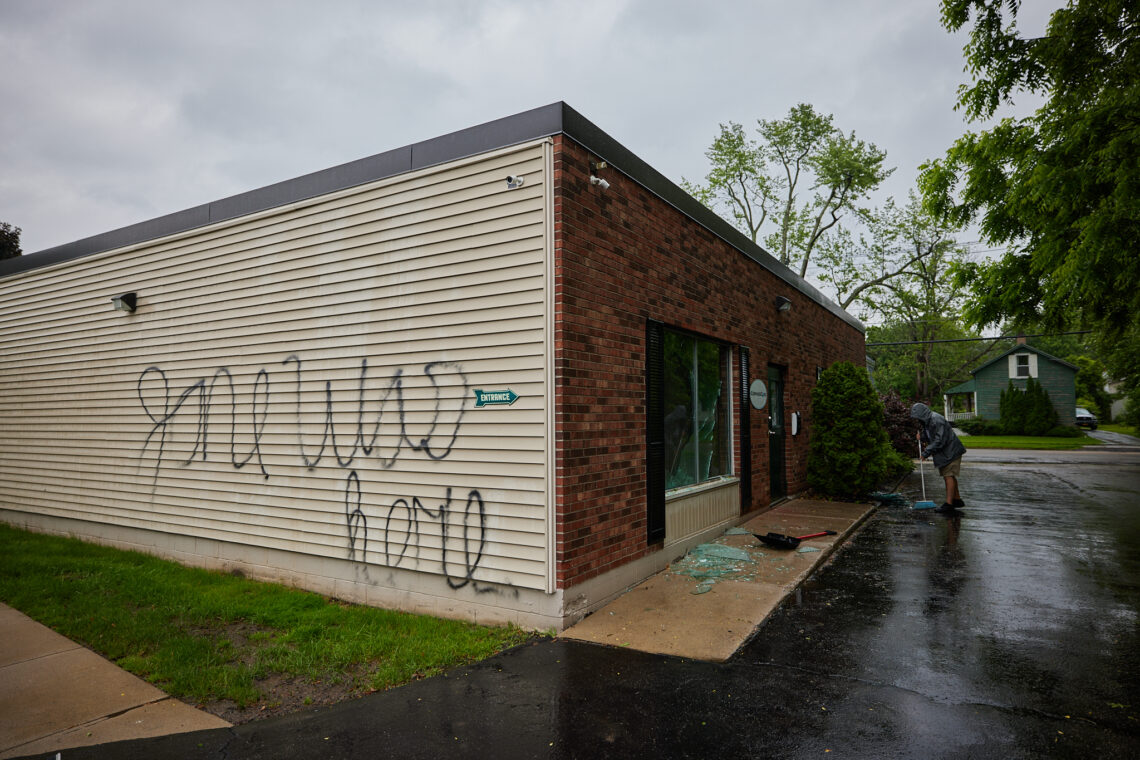 Pregnancy center CompassCare in Buffalo, New York, was firebombed and vandalized on June 7 by pro-abortion protesters. Far-left group Jane’s Revenge has taken credit for the attack and has vowed to vandalize more pregnancy centers. (RELATED: ‘The Leash Is Off’: Abortion Activists Behind Attacks On Pro-Lifers Issue New Threats, Urge Others To ‘Burn’)

“We’re not afraid. That’s what Jane’s Revenge wants us to be. They want us to be afraid so we don’t continue providing the services we provide,” Jim Harden, the CEO of CompassCare, told the Daily Caller.

The center has taken measures to prevent future attacks, Harden said, including increasing their security.

After the firebombing, the center “had to reroute all of the patients to Rochester,” New York, 75 miles away from the Buffalo location, Harden said. CompassCare, which offers all free services to women choosing not to get an abortion, is back up and running in Buffalo. Local police have been doing a “fantastic job” in investigating the attack, and are working in coordination with the FBI, Harden added.

To stop future attacks on pro-life centers, Harden said there needs to be more funding and law enforcement resources, and the DOJ to “answer the 120 Congressmen demanding an investigation of this as domestic terrorism.”

The attacks should be considered hate crimes because “we were attacked because of what we believed,” Harden concluded. 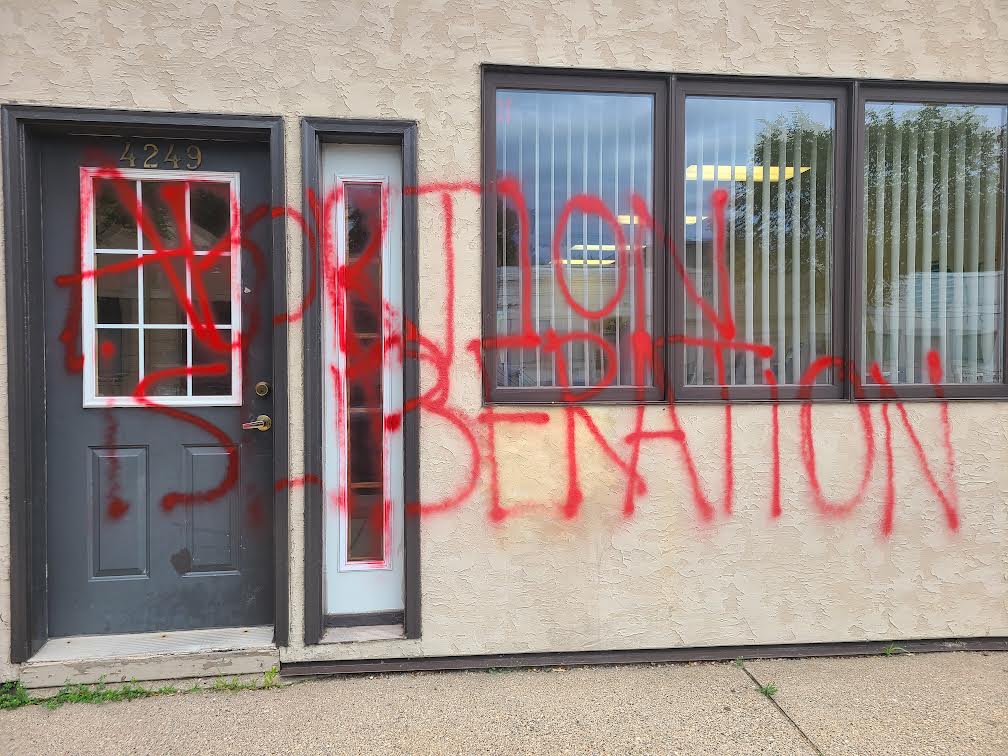 Another pro-life organization, Minnesota Citizens Concerned For Life (MCCL) in Minneapolis, Minnesota, was vandalized by pro-abortion protesters on June 14.

A signatory identifying as “Jane From the Block” took credit for the vandalism on a website touted as a forum for left-wing groups and revolutionary movements.

The incident marked the second time vandals had targeted MCCL.

“About a month ago, right when the opinion draft leaked, we did get some vandalism on the other side of our building,” MCCL Communications Director Paul Stark told the Daily Caller. “I have a feeling more could be on the way, especially when the decision comes out,” he continued.

“I think if this was happening on the other side, you might see the DOJ and so forth take a more active role than they have,” Stark continued. MCCL is taking precautions to protect its staff and clients, but “laws need to be enforced,” Stark said.

“We are not afraid. We have not stopped our work, we are going to keep doing what we do, and nobody is going to stop us from doing that,” he added.

MAPS Executive Director Kristi Brown is taking precautionary measures and “believes that no pregnancy center is immune from an attack currently,” she told the Daily Caller.

“No one in America should have to fear whether or not they are safe in the workplace,” Brown continued. “These attacks must be condemned and called out for what they are, domestic terrorism, by those in all levels of authority.”

MAPS is working currently with investigators “at all levels of government” to find the culprits, Brown added. “Anyone who is found guilty of committing one of these crimes must be prosecuted to the fullest extent of the law,” she concluded. 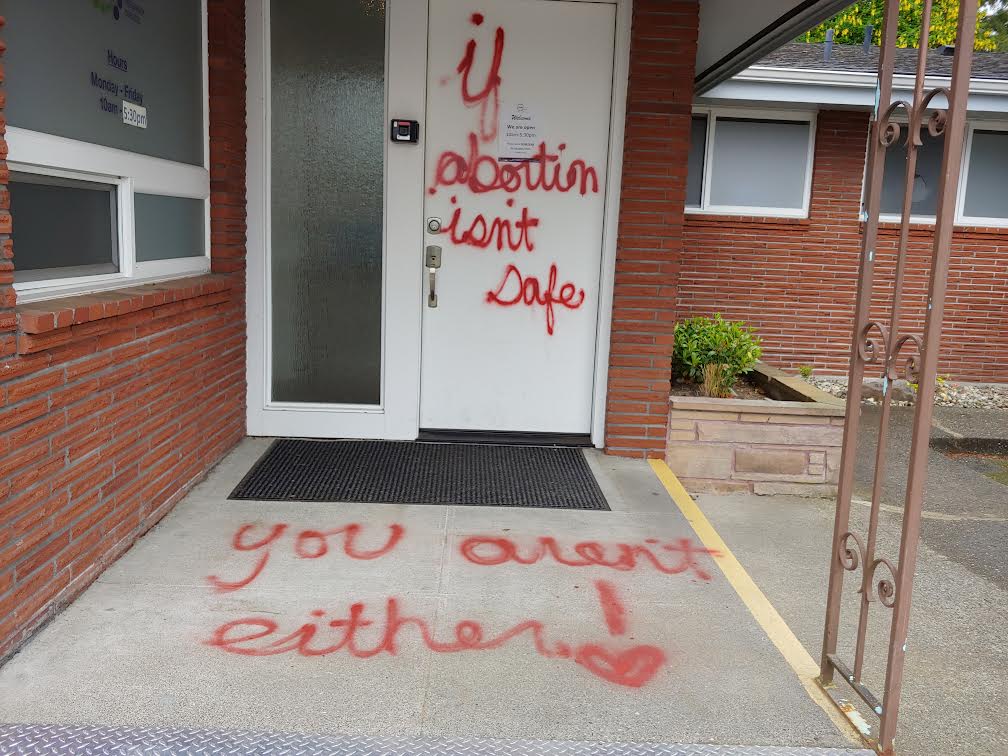 Jane’s Revenge also claimed to be responsible for vandalizing the office of Next Step Pregnancy Services in Lynwood, Washington on May 25.

“Our biggest concern is ensuring folks are safe when they walk through our doors,” Next Step Executive Director Heather Vasquez told the Daily Caller. The organization has taken steps to do so, she added.

Authorities “should not be silent about this and should openly call out this violence as what it is: violence against charities who serve and protect women,” she continued. Vasquez and her team “are not afraid at all,” she said.

Roland Warren, President and CEO of Care Net, echoed many of these sentiments. The recent surge in vandalism and violence “is certainly very troubling,” and “an issue that is critically important to us,” Warren told the Daily Caller.

“We understand clearly that the goal of all of this is essentially to terrorize pregnancy centers and staff so that they will be unwilling or unable to do the work that they do,” he continued. “We are not going to use the tactics that are being used against us. We are Christians, we are called to love,” he added.

Care Net has been in contact with its consortium organizations, including those attacked, to go over security practices and to advise that they enlist good samaritans to keep a watchful eye over their facilities, he said.

“The greatest power of the press is the power to ignore. And I do think that there has been some of that,” Warren continued. “If the same level of violence and vandalism had been happening on the other side, it would have certainly been a news story.”

“If there is anything that concerns me, it is a certain degree of ambivalence and certainly not forcefulness from some of our political leaders who may be on the other side of the issue in terms of condemning the violence without pivoting to something else,” Warren said.

Warren expressed his excitement that the FBI had eventually announced its intention to investigate the uptick as potential domestic terrorism.

However, “we cannot have a republic like ours when you only apply the law and the investigative power of the government when the folks being attacked… fit some political narrative that happens to support which ever political party is in power,” he concluded.

Biden Says He Will Defer to Congress on Gun Regulation