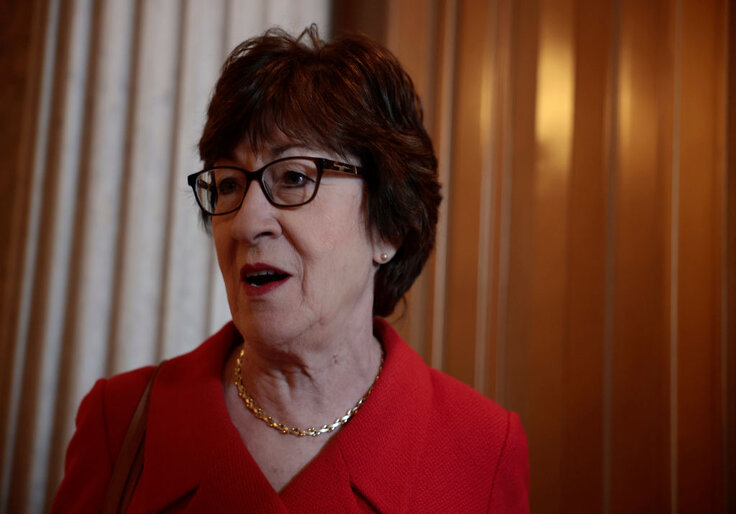 While Bangor police said the message, which read “Susie, please, Mainers want WHPA —> vote yes, clean up your mess,” was “not overtly threatening,” it indicates that activists will target even pro-choice Republicans after a leaked ruling revealed the Supreme Court may overturn Roe v. Wade.

The message referred to the Women’s Health Protection Act, a far-left bill that would mandate an absolute right to abortion before viability, overturning many state laws in the process. Collins and Sen. Lisa Murkowski (R., Alaska) in February voted against the proposal, with Murkowski saying the “partisan” bill “simply goes too far.” Collins and Murkowski submitted their own, less sweeping bill to codify Roe v. Wade, but that proposal appears not to have satisfied activists.

Collins and fellow Maine senator Angus King, an independent who caucuses with the Democrats, said after the leak that they “would not support overturning the Senate filibuster to codify Roe v. Wade in federal law,” the Bangor Daily News reported.

After Painting Her Colleagues as Out of Touch, Dem Rep. Katie Porter Says Inflation ‘Reinforces’ the ‘Need’ for Abortion – RedState

Activists have been more threatening in targeting the homes of pro-life public figures. Pro-abortion extremists on Sunday appear to have firebombed a pro-life organization’s offices, while one advocacy group doxxed the home addresses of six conservative Supreme Court justices. Mainstream media sources said after the doxxing that pro-abortion protesters have been “mostly peaceful.”

Russian Brigade Gets Annihilated in Failed River Crossing Attempt and Other News From Putin’s...

A Preview of Key Midterm Races