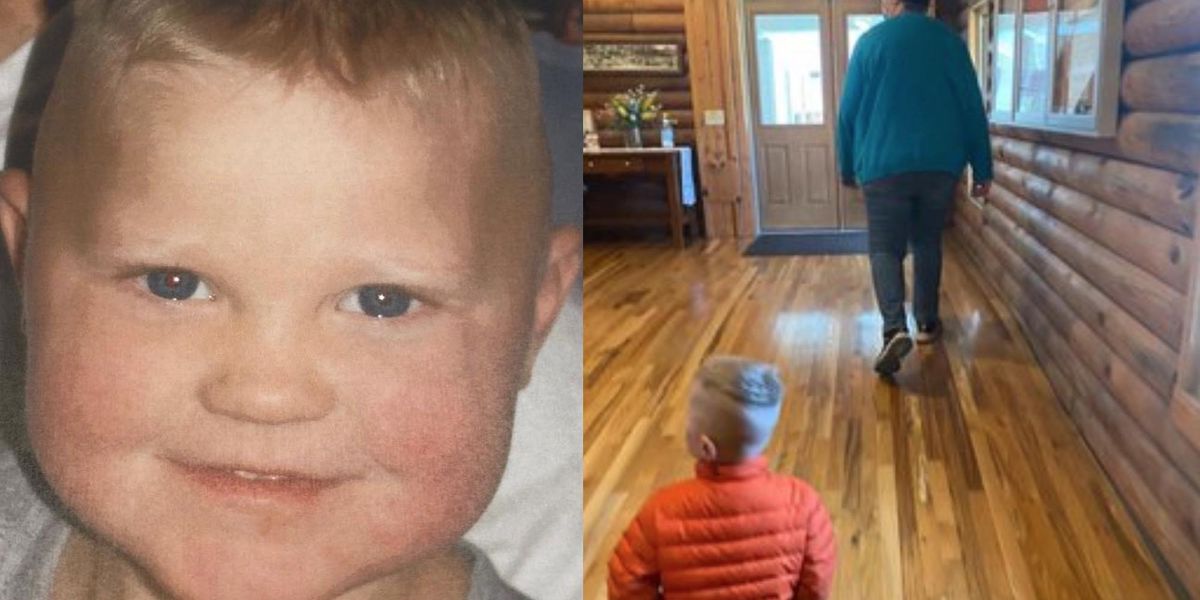 Police were able to find a 2-year-old boy who had been abducted from the nursery of a Virginia church on Sunday.

The Giles County Sheriff’s Office said Monday that Noah Gabriel Trout was recovered a little over 24 hours after someone lured him from Riverview Baptist Church in Ripplemead, an unincorporated community.

Officials had released an alarming image showing the boy with the suspected abductor in front of him.

Frank Longrie, a member of the church, told WFXR News that the church went into lockdown after the abduction.

“Our ushers, basically we shut down the church, shut down all the cars leaving,” Longrie said.

“It was pretty emotional for me because I got grandkids,” he added. “And don’t mess with my grandkids.”

Authorities did not say how they identified a person of interest in the course of the investigation.

Police said that they set up a perimeter around a suspect’s residence and were able to retrieve the boy safely. They arrested 44-year-old Nancy Renee Fridley, and charged her with one count of abduction and one count of felony child endangerment.

Later Monday, police said they had also arrested Fridley’s boyfriend, Bobby Lee Taylor, and charged him with one count of abduction.

WSLS-TV reported that police found the boy at Fridley’s home in Clifton Forge.

Both Taylor and Fridley were detained at Alleghany Regional Jail.

The boy was taken to a local hospital for evaluation and later reunited with his family. Police said that the motive for the abduction was still under investigation.

Here’s more about the alarming abduction:

U.S. Virus Cases Have Recently Dropped in Over Half of States