(LifeSiteNews) — Dr. Peter Kwasniewski’s Ministers of Christ: Recovering the Roles of Clergy and Laity in an Age of Confusion (Crisis Publications, 2021) equips the reader with excellent arguments against two serious problems in the Catholic Church today: the blurring of the distinction between the clergy and the laity and a false belief in the interchangeability of men and women.

A recent crisis moment that epitomizes both these problems was the decision of Pope Francis to confer the so-called “ministries” of lector and acolyte—which are in fact two very ancient minor orders—upon women. Against perennial tradition, Roman Catholic (although not Eastern Catholic) women have been front-and-all-but-center in church sanctuaries since the Swinging Sixties, but this formal change to canon law is, Kwasniewski asserts, “a tectonic shift both in theology and in praxis.”

“Francis is saying that the Catholic Church, for the first time ever, should officially institute women as liturgical ministers—not as substitutes for ministers, but as ministers simply speaking,” the scholar writes. And Francis has done so “against the backdrop of the pervasive feminism that has equated the worth of women with their taking-on of roles traditionally reserved to men.”

There is also, Kwasniewski and his fellow authors, Leila Marie Lawler and Bishop Athanasius Schneider, make clear, a backdrop of the pervasive clericalism that suggests that laypeople who take on liturgical and pastoral roles once reserved to the clergy are thereby an “elite.”

Lawler points out that this clericalization of the laity (or its supposed “elites”) is particularly harmful for women, whose greatest contribution to the Church—motherhood, physical or spiritual—has been cast into the shade. It certainly hasn’t been great for the Church as a whole. In her Foreword, Lawler contrasts the pre-conciliar fertility of the Church—from which flourished a vast Catholic culture spreading well beyond the church doors—to the sterility of the “new ecclesiology” of today.

Noting that conservatives sighed with relief that Pope Francis’ Querida Amazonia didn’t call for women’s ordination (guilty as charged), Lawler points out the bad news. The post-synodal exhortation passes over the crucial roles of women as wives and mothers in silence, instead describing us as potential providers of “ecclesiastical services.” This, she feels, is replacing the “traditional framework of the three societies—Church, State, and Family” with one that is “not fruitful.”

Lawler also introduces the motif of the Blessed Virgin Mary, the Queen of the Apostles—who is not Herself a priest. Kwasniewski takes special pains to emphasize the shared femininity of the Blessed Mother and all women, arguing (for example) that the “Virgin’s divine maternity elevates the female sex to its greatest dignity and gives it a privileged ontological symbolism that the male sex cannot share.” At the same time, of course, he argues that men have a “special link” to Christ that makes them capable of exemplifying him through the major (priest, deacon, sub-deacon) and minor (acolyte, lector, porter, exorcist) orders.

Kwasniewski makes his strongest and most direct arguments for why women cannot be priests in his essay “Incarnate Realism and the Catholic Priesthood.” In short, priests are only priests in that they participate in the priesthood of Christ, the High Priest, who chose to live as a male human being. And therefore, as “Christ is Priest in the totality of His incarnate reality, it follows that the one to be ordained must be male, since otherwise the ontological basis of conformity to the High Priest would be lacking an element intrinsic to the constitution of human nature,” Kwasniewski writes. “In short, the ministerial priest would not reflect and could not act in the real, concrete Person of Christ.”

3103 have signed the petition.

Thank you for signing this petition!

Cardinal Joseph Zen, the Bishop Emeritus of Hong Kong, was arrested by the pro-China security police in Hong Kong in a major escalation of intimidation against pro-freedom activists in the region.

Zen was one of four people arrested on May 11th on suspicion of “colluding with foreign forces”, with the 90-year-old’s detention marking the first high-profile move by Hong Kong’s new Chief Executive, John Lee.

The Hong Kong security police targeted Zen as a trustee of the 612 Humanitarian Relief Fund, which provided “legal, medical, psychological and emergency financial assistance” to those involved in the 2019 protests against the government’s Extradition Law Amendment Bill, which allows prisoners to be transferred to China for trial.

Cardinal Zen has since been released, but his passport was confiscated to prevent him leaving Hong Kong.

Pro-life law firm warns abortion activists: We will defend any church against your ‘heinous’ threats

The arrest was made possible under the terms of Hong Kong’s draconian national security law, passed in 2020, which Zen warned would be used to silence the Church.

The outspoken cardinal previously confessed that he was prepared to go to prison under the terms of the new law, saying, “If right and proper words were considered against their law, I will endure all the suing, trials, and arrests.”

Cardinal Zen is a hero to Hong Kongers, and needs the world to stand with him today.

The people of Hong Kong, including Cardinal Zen, have lived under the shadow of Beijing since 1997, and know personally how oppressive Chinese Communist Party rule is.

This arrest of a Catholic cardinal by communist authorities in Hong Kong is a stark reminder of the harsh realities of life for all citizens of the region.

Cardinal Zen’s plight demands the attention of all people of good-will, as his spirit of resistance in the face of tyranny continues to inspire new generations of Hong Kongers to defy the horrors of communist rule.

Please stand with Cardinal Zen today – SIGN and SHARE this petition calling for an end to the intimidatory tactics of the Chinese Communist Party’s proxy leaders in Hong Kong.

I think this is very neatly argued, and if my question of “Why can’t women be priests?” had been answered this clearly when I was ten years old, I would have been spared many tears and much trouble.

Needless to say, none of these essays denigrate women—or the laity in general—in any way. Indeed, I think this book should be read by any theologically minded Christian who has ever wondered why the Catholic Church (and, indeed, the Orthodox Church) reserves holy orders to men, or who has felt personally wounded by the sight of a sanctuary populated only by males, or who has burst into tears during a Rite of Ordination.

Full disclosure: To my surprise, I found my name listed in the acknowledgements at the back of Ministers of Christ. It seems I was on the launch team and was supposed to read the book before publication. After I gave my memory a hearty shake, a faint recollection of an email to this effect fell out. Nevertheless, I did not read the book before this past weekend.

Peter Kwasniewski, Ministers of Christ: Recovering the Roles of Clergy and Laity in an Age of Confusion (Manchester, NH: Crisis Publications, 2021, 285 pages, $13.62.) 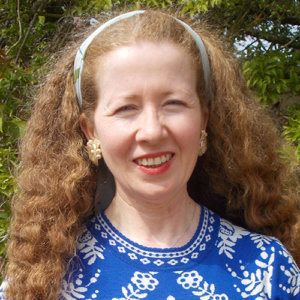 Dorothy Cummings McLean is a Canadian journalist, essayist, and novelist. She earned an M.A. in English Literature from the University of Toronto and an M.Div./S.T.B. from Toronto’s Regis College. She was a columnist for the Toronto Catholic Register for nine years and has contributed to Catholic World Report. Her first book, Seraphic Singles,  was published by Novalis (2010) in Canada, Liguori in the USA, and Homo Dei in Poland. Her second, Ceremony of Innocence, was published by Ignatius Press (2013). Dorothy lives near Edinburgh, Scotland with her husband.

Most expensive house in Tennessee history lists for $50M