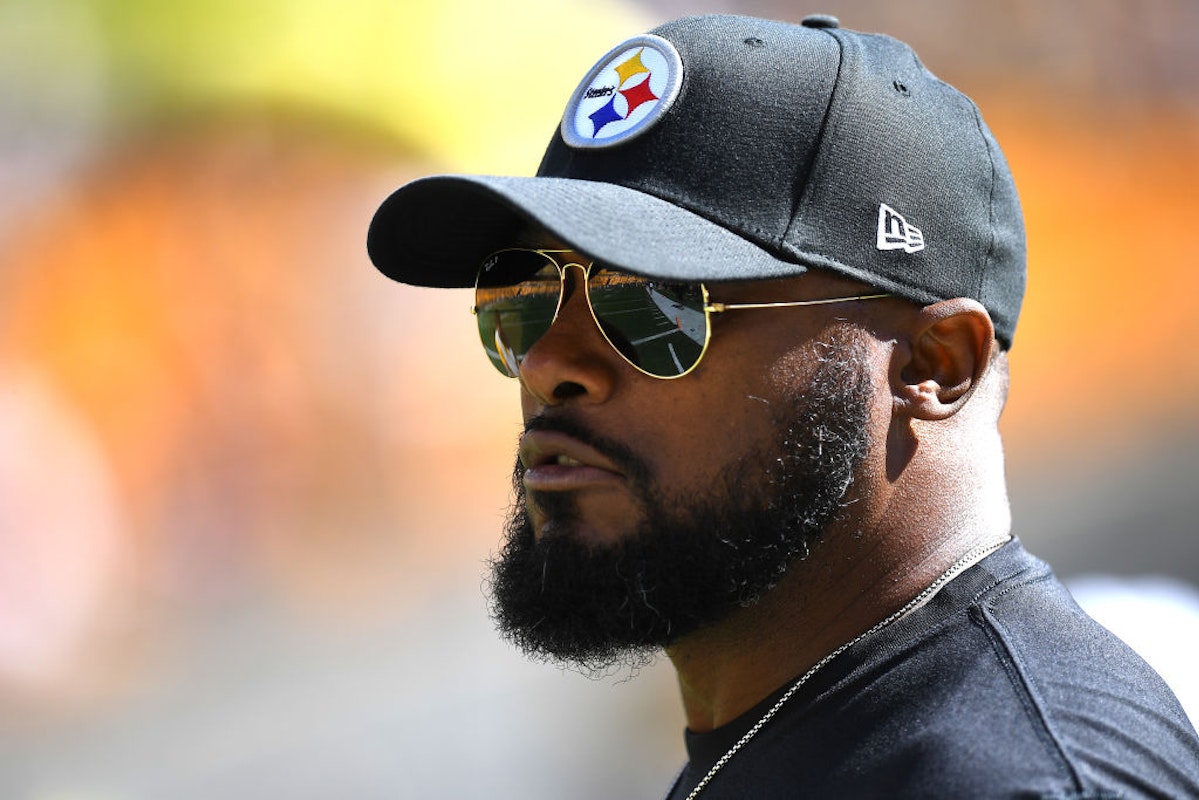 Well, USC can end any hope they had of hiring Pittsburgh Steelers head coach Mike Tomlin for their head coach opening.

In a fantastic press conference on Tuesday, Tomlin emphatically shut down rumors that he may be interested in coaching college football. He’s happy in the NFL, he’s happy coaching the Steelers, and if you’d like to ask him a similar question moving forward, be prepared for a terse response.

“Hey guys, I don’t have time to for that speculation,” Tomlin said. “That’s a joke to me. I have one of the best jobs in all of professional sport. Why would I have any interest in coaching college football? That will be the last time I address it – not only today, but moving forward.”

“Never say never, but never,” Tomlin said. “Anybody else got any questions about any college jobs? There’s not a booster with a big enough blank check.”

Tomlin was asked about college openings after former USC quarterback Carson Palmer floated his name for the opening as a “wild-card” candidate.

On the Dan Patrick Show, Palmer was discussing potential candidates, and let the interest in Tomlin slip.

He ended the press conference by asking whether other prominent coaches are asked about leaving the NFL and joining the college ranks.

Steelers head coach Mike Tomlin swiftly rejects any speculation he’d be a candidate for the USC job. “Never say next, but never.” pic.twitter.com/EiP1spB4jc

The USC job became available in September, when head coach Clay Helton was fired after six years and change.

“This afternoon I informed Clay Helton of my decision to make a change in the leadership of our football program,” Director of Athletics Mike Bohn said in a statement. “Clay is one of the finest human beings I have met in this industry, and he has been a tremendous role model and mentor to our young men. We appreciate his many years of service to our university and wish him nothing but the very best.”

Cornerbacks coach Donte Williams took over as interim head coach, and the Trojans are 2-3 since he was given the job.

There have been many big names rumored for the opening, including Matt Campbell of Iowa State, James Franklin of Penn State, and Luke Fickell of Cincinnati.

Related: USC Moves On From Clay Helton, Will Conduct ‘National Search’ For Next Head Coach

Joe Morgan is the Sports Reporter for The Daily Wire. Most recently, Morgan covered the Clippers, Lakers, and the NBA for Sporting News. Send your sports questions to [email protected].

The views expressed in this piece are the author’s own and do not necessarily represent those of The Daily Wire.

Speaker Kicked Out of Florida School Board Meeting for Reading from Sexually Explicit School...

Watch Cardi B Freak Out Over Meeting Robert Pattinson: ‘I Felt Like a Teen’

Angelina Jolie Blows Off Question About Possible Flame The Weeknd During Interview After The...