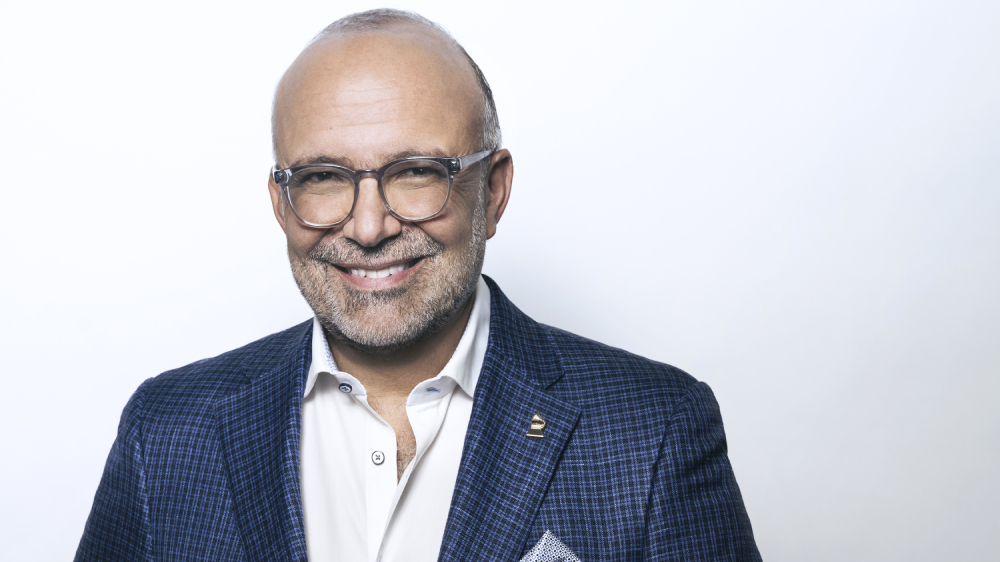 Manuel Abud has been named CEO of the Latin Recording Academy, effective Aug. 1, the Board of Trustees announced on Wednesday. Outgoing President/CEO Gabriel Abaroa, Jr. will become President Emeritus, a senior advisory role that will include working on assigned strategic projects while assisting the new CEO in the transition.

“As Chairman of the Board of Trustees, which actively oversees the growth and social impact of this great organization, I am delighted to have led a succession plan that was designed with professionalism, respect, love and consistency,” said Eduardo Hütt. “Several candidates were considered to replace Gabriel’s unique leadership style, and we agreed that Manuel Abud meets the established criteria, excelling in ways that guarantee our organization the leadership required to accomplish its goals over the next decade. The plan was carefully executed, and Manuel was groomed over an extended period.”

“Leading The Latin Recording Academy has been a very significant part of my professional career and a great foundation for my future endeavors,” said Abaroa. “We achieved tremendous progress and growth over the past two decades. I’m eager to transition to a new role that won’t be as time consuming and certain that Manuel will take us boldly into our next chapter.”

“I am honored to have the opportunity to lead The Latin Recording Academy,” said Abud. “Before coming here in 2019, I had long admired the organization’s excellence, and I look forward to building on its rich heritage of supporting and honoring Latin music and ushering in a new era of growth and impact.”

While COO of the Latin Academy, Abud successfully led a major reorganization, maximizing efficiencies and taking a fast leap to digital content development. Before coming to The Latin Recording Academy, Abud was CEO of Azteca América where he implemented a full-scale turnaround of the network and spearheaded its November 2017 acquisition by HC2 Holdings, Inc. Before Azteca, he spent 14 years at NBCUniversal where he held a wide range of leadership positions, including president of the Telemundo Station Group and president of Telemundo Cable where he founded mun2. Previously he was president of CBS Telenoticias.

+ Gloria Estefan will host the 43 rd annual Kennedy Center Honors, where Debbie Allen, Joan Baez, Garth Brooks, Midori, and Dick Van Dyke will be recognized for lifetime artistic achievement. The show, which airs Sunday, June 6 on CBS at 8 p.m. ET/PT, will mark the second time Estefan has hosted the special; she received a Kennedy Center Honors in 2017. “After the challenging events of the past year, who better to bring us all together, help us take a collective deep breath, and celebrate the amazing artistry of our superstar slate of Kennedy Center Honorees than Gloria Estefan,” said CBS EVP Jack Sussman

Are Americans in the Mood for a Humiliating Defeat?

PC Makers Have a Peak to Scale

The Best New Skin-Care Products Launching in May

Remembering John Prine, One Year On: His Wife and Son Talk About a Tough...