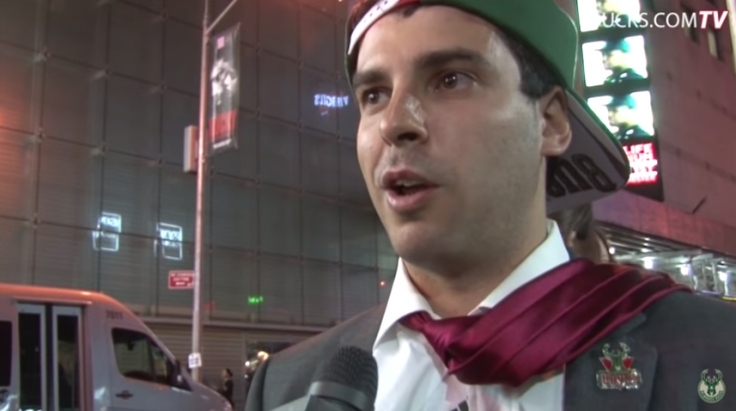 Wisconsin Senate candidate and Milwaukee Bucks executive Alex Lasry blames corporate “greed” for the rising cost of consumer goods. But he’s been silent as his NBA franchise has jacked up season ticket prices this year, drawing criticism from longtime fans who say the coveted passes are now only affordable for corporations and the ultra-rich.

“Inflation is a tax on working people driven by corporations and their greed—it’s time we make the economy work for the people not against them,” Lasry wrote on Twitter in April.

But Lasry has been silent as fans have complained about the rising price of season tickets since January, when some said they were hit with increases of up to 60 percent. While some attributed the spike to the team’s recent success—the Bucks won the NBA championship last year—many slammed the increase as a money grab and said normal Wisconsinites have been priced out of the market.

The ticket hike could undercut Lasry’s class-warrior rhetoric as he works to deflect public criticism of Democratic economic policies and soaring inflation. Lasry, the son of Bucks co-owner and billionaire hedge funder Marc Lasry, has billed himself as a champion for “middle class workers” in TV ads.

“Sad to say that I have officially opted out of my season tickets for next season,” wrote one Bucks fanatic on Twitter. “It’s just in poor taste to have a 51% price hike in one season after I stuck with them through Covid and allowed them to hold my money when fans couldn’t even attend games.”

“63% for me. I’m embarrassed for the team,” wrote another supporter. “I spent how much money when no one would go to games in 2014-2015, and have had season tickets since. Not how you treat people who have been there all along.”

Another chimed in: “Same here, sucks to let them go, but what choice [do] we really have. I had a 40% increase for this season and now a 24% increase for next.”

One Bucks fan said he was hit with a “$736 increase over [an] already very high price,” and slammed the hike as “pure greed.”

Others argued that only corporations and the very wealthy would be able to afford season tickets under the new prices.

The Great Mysteries of 2022

“Seeing some of the most passionate @bucks fans have to give up their season tickets because of 30-50% price hikes,” wrote one Twitter user. “What a damn shame. Enjoy all the rich pricks at your games that don’t give a shit.”

“The average person just can’t [afford] it. It has to be a company at this point,” wrote another poster.

Lasry’s father was part of a group of investors who bought the Bucks for $550 million eight years ago, according to CNBC. The Bucks are now valued at $1.9 billion and had a revenue of $212 million last year, according to Forbes.

Lasry has been gaining ground in the Wisconsin Democratic Senate primary. He is polling just a few points below the race’s frontrunner, Wisconsin lieutenant governor Mandela Barnes, according to a Marquette Law School poll released last week. The primary winner will face incumbent Republican senator Ron Johnson in what is expected to be one of the most competitive races of the midterm election.

Lawyers Cause Homelessness – The American Conservative

A Preview of Key Midterm Races