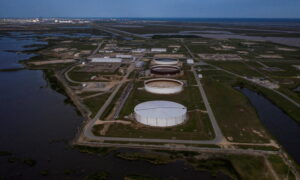 Ahead of this week’s GDP report, the White House downplaying worries of an economic downturn. Has the definition of recession changed?
Selling U.S. oil reserves to China. It’s happening and it’s coming under heavy scrutiny. The company buying the oil has ties to Hunter Biden.
Business magnate Bill Gates is found to have sponsored a Chinese program to recruit

Philly college student refuses to give his keys to armed carjackers, fights them, gets shot in knee, hit in head with gun. Crooks take off without victim’s SUV.

foreign scientists. That’s amid heightened alarm over the threat of China’s Communist Party in the Western world.
* Click the “Save” button below the video to access it later on “My List.”
Follow EpochTV on social media:…

Suspected case of monkeypox in AP

How residents are doing after the 2021 Naperville tornado

Is Dobbs an Electoral Dud?