The United States will fail if liberals cannot overcome their contempt and hatred for President Donald Trump’s voters, says a liberal author in the Washington Post.

“We know that if we don’t figure this out, we don’t have a country,” said Washington Post book reviewer Joe Klein.

Klein described the liberals’ “primal scream” in a new book, titled, “Thank You for Your Servitude: Donald Trump’s Washington and the Price of Submission”. The book, by Mark Leibovitch, describes how establishment GOP leaders:

[The critcism is] a catharsis [for liberals]! After all those hours of trying to figure out why the most pampered and affluent and free people in history — people up to their ears in cellphones and flat-screen televisions and supercharged pickup trucks — are so angry [at the D.C. establishment], it feels good to whup the yokels upside the head, doesn’t it? I mean, at a certain point, our [elite’s] oh-so-civilized attempts at “understanding” become indulgence. Our attempt to respectfully bind the national wounds becomes a lesser version of the Republicans’ capitulation to the slovenly ignorance of the Trumpers. Why can’t we be as angry at them as they are at us?

Curiosity about what voters want would seem to be a useful skill for the self-described serious people who want to run the country.

But the curiosity of establishment Democrats and Republicans seems to stop whenever the public prefers solutions that threaten their income and status as the self-proclaimed “best and brightest.”

Six years after Trump won his campaign, leaders in both parties are still very uncurious about the harm caused by their elite support for civic diversity, sexual chaos, job outsourcing, and wealth-shifting migrations that they inflict on Americans.

This bipartisan lack of curiosity is especially obvious when immigration comes up.

Trump’s position on migration is why Americans choose him in 2016.

But six years later, the D.C. elite is still desperate to extract workers, consumers, and renters from poor countries so they can goose the economy for investors and CEOs.

Since at least 1990, the D.C. establishment has extracted tens of millions of migrants and visa workers from poor countries to serve as legal or illegal workers, temporary workers, consumers, and renters for various U.S. investors and CEOs.

This federal economic policy of Extraction Migration has skewed the free market in the United States by inflating the labor supply for the benefit of employers.

Get Started with Our Guide to Makerspace

The inflationary policy hurts ordinary Americans because makes it difficult for them to get married, advance in their careers, raise families, or buy homes. 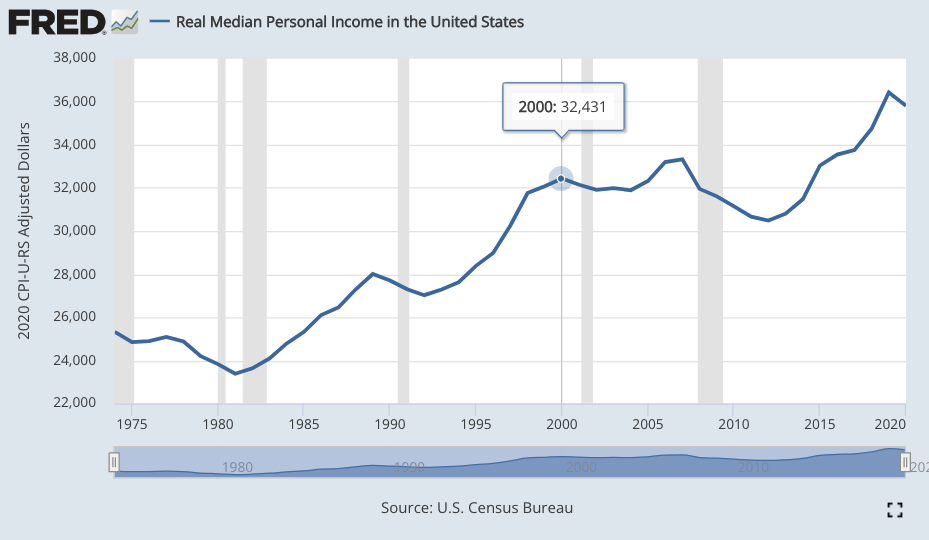 Extraction migration has also slowed innovation and shrunk Americans’ productivity, partly because it allows employers to boost stock prices by using cheap stoop labor instead of productivity-boosting technology. Migration undermines employees’ workplace rights, and it widens the regional wealth gaps between the Democrats’ big coastal states and the Republicans’ heartland and southern states. The flood of cheap labor tilts the economy towards low-productivity jobs and has shoved at least ten million American men out of the labor force.

The economic policy is backed by progressives who wish to transform the U.S. from a society governed by European-origin civic culture into a progressive-directed empire of competitive, resentful identity groups. “We’re trying to become the first multiracial, multi-ethnic superpower in the world,” Rep. Rohit Khanna (D-CA) told the New York Times in March 2022. “It will be an extraordinary achievement … we will ultimately triumph,” he boasted.

Business-backed migration advocates hide this extraction migration economic policy behind a wide variety of noble-sounding explanations and theatrical border security programs. For example, progressives claim that the U.S. is a “Nation of Immigrants,” that migration is good for migrants, and that the state must renew itself by replacing populations.

The polls show the public wants to welcome some immigration — but they also show.  deep and broad public opposition to labor migration and the inflow of temporary contract workers into jobs sought by young U.S. graduates.

The opposition is growing, anti-establishment, multiracial, cross-sex, non-racist, class-based, bipartisan, rational, persistent, and recognizes the solidarity that Americans owe to one another.

FDA Was Complicating Formula Long Before The Supply Chain Imploded