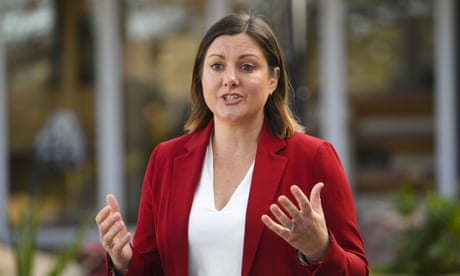 Key senators will support a government push to let territories make their own laws on voluntary assisted dying, with two Labor backbenchers set to introduce the bill in the first weeks of the new parliament.

Jacqui Lambie and Tammy Tyrrell of the Jacqui Lambie Network, One Nation’s Pauline Hanson and Liberal senator Andrew Bragg have all backed the push for territory rights.

“Every other state has passed these laws. Territory residents shouldn’t be second class citizens,” Bragg said.

“As long as protections are in place, we have to let people run their own lives.”

Territories minister, Kristy McBain, revealed last week the government would propose a private member’s bill “as soon as possible” to give back power to the Australian Capital Territory and Northern Territory to make their own laws on euthanasia. The move will reverse a 25-year ban on the territories enacting such legislation which began in 1997 after the Howard government – in a bid championed by Liberal MP Kevin Andrews – overturned the NT’s landmark 1995 legislation on the matter.

Labor is likely to give their members a conscience vote on the issue. MPs Luke Gosling and Alicia Payne, from the NT and ACT respectively, are expected to co-sponsor a private member’s bill in the opening weeks of parliament.

Gosling said there was a “growing acknowledgment” that the territory rights push was about the wider issue of legislatures to make their own laws, not limited solely to euthanasia. He and Payne said the current laws left territory residents as “second-class citizens”.

“All Australians should have equal democratic rights, whether they live in Canberra or Queanbeyan. That’s why I will introduce a private member’s bill, with my Northern Territory colleague Luke Gosling, to repeal the Andrews bill as soon as possible when parliament resumes,” Payne said.

“I’m proud the Albanese Labor government will enable the parliament to vote on restoring territory rights.”

ACT senator David Pocock supported the change and planned to introduce his own bill. The Greens have also strongly backed the reform.

Shadow territories minister, Andrew Gee, said the Coalition was reserving judgment and internal discussion on the bill until it was introduced, saying it was “simply too early to predict what the outcome of those discussions will be”.

“We haven’t seen a proposed bill, so we will consider it when we get it. It’s an issue that will be discussed in the party rooms of the Nationals and Liberals before the Coalition takes a position on it,” he said.

Labor needs the support of all 12 Greens senators, plus at least one crossbencher, to pass legislation in the Senate. But a potential conscience vote changes the standard parliamentary arithmetic, which usually splits along party lines.

A 2018 Senate vote on territory rights, on a bill proposed by former senator David Leyonhjelm, saw several Labor senators vote no – including Patrick Dodson, Don Farrell, Deb O’Neill and Helen Polley – while Coalition members Simon Birmingham and Marise Payne voted in favour. Former Coalition senator Sam McMahon attempted to introduce a territory rights bill in late 2021, to restore euthanasia powers to her home of the NT, but it did not come to a vote.

Bragg, the Liberal senator, said he believed the ACT “should have the same rights” as his state of NSW.

“I’m happy to work across the aisle with all colleagues to get this resolved,” Bragg said.

A spokesperson for Hanson said the One Nation leader was broadly supportive of liberalising euthanasia laws and the territory rights push, but wanted to see the final bill before firmly committing. It’s understood her One Nation colleague, Malcolm Roberts, would reserve judgment until seeing Labor’s legislation.

Lambie, who was not in parliament at the time of the 2018 Leyonhjelm bill, also backed the change.

“There’s no good reason why people in states should get a choice and people in territories shouldn’t.”

Tyrrell, newly elected at the May poll, said she too was in favour.

“One of the reasons that the Senate rejected the bill to give the territories the right to legalise euthanasia, is that many MPs thought it too risky given the territories have a far less rigorous parliamentary process and lower standard of governance than the states,” she said.

“There is absolutely no justification for treating territorians as second-class citizens. Now that all six Australian states have passed voluntary assisted dying laws to give dying people a choice over the timing and circumstances of their death, we hope the federal parliament will act quickly to allow the territories the same right,” a spokesperson said.

Path to victory: the seats that will decide the 2022 federal election | Australian...

How residents are doing after the 2021 Naperville tornado