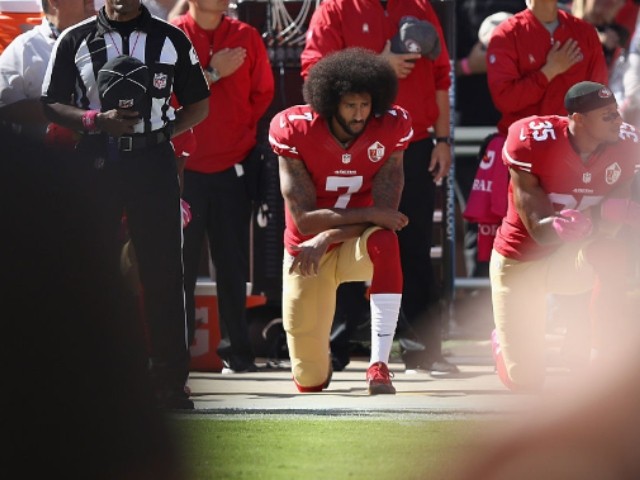 Leadership, Integrity, Innovation, Diversity, Excellence and Respect are more than just words that appear on the flags that adorn our campus, or words that we utter casually when reciting our core values, they represent the embodiment of who we are and what a Morgan graduate stands for.

With this notion in mind, we intentionally sought a collection of individuals who truly embody these principles, and thankfully we have assembled a trio of diverse voices who have bravely stood—and kneeled—for the betterment and advancement of the voiceless, the marginalized and the disenfranchised.

We are absolutely thrilled to bestow honorary degrees to David E. Talbert, David Burton and Colin Kaepernick for their individual, and collective, contributions to the progression of the Black narrative and pursuit of excellence.

Kaepernick, who has recently inspired a Netflix series in addition to publishing a children’s book, will receive an honorary Doctor of Humane Letters degree.

The former 49er has spent much of the last several months angling for another opportunity to join the NFL ranks.

Kaep is throwing on his IG live pic.twitter.com/60yMeMzc0v

Though, it’s curious why Kaepernick would want back in the league, considering he likened the NFL talent selection process to a 19th-century slave auction.

Colin Kaepernick compares the NFL combine, which allows all players of all races a voluntary chance to become multi-millionaires, to slavery. Anyone still defending this imbecile lacks a functional brain. pic.twitter.com/rMaKi7c6xh

Kaepernick has not played in the NFL since walking away from his contract in San Francisco at the end of the 2016 season.

When It Comes to Political Violence, Hold Democrats to Their Own Standard

Dan Jones: Magical thinking will not solve the climate issues