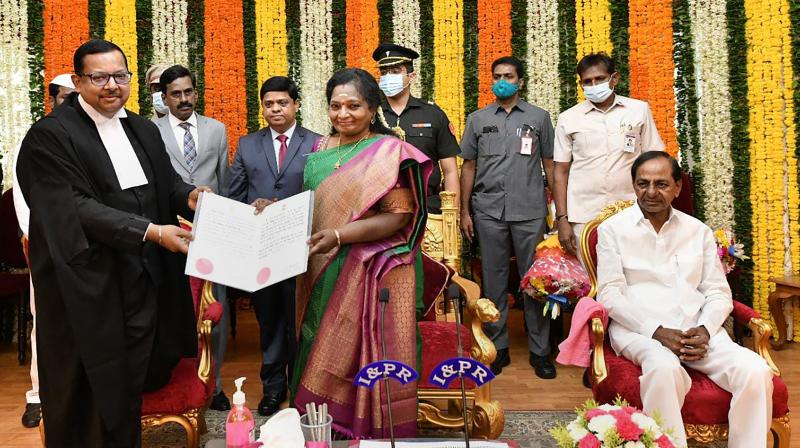 HYDERABAD: Justice Ujjal Bhuyan was sworn in as the Chief Justice of Telangana High Court in a ceremony held at Raj Bhavan here on Tuesday.

President Ramnath Kovind on June 19 appointed Justice Ujjal Bhuyan as the new Chief Justice. He succeeded Justice Satish Chandra Sharma, who was transferred to the Delhi High Court. The Supreme Court Collegiums had in May last recommended elevation of Justice Bhuyan, a judge of Telangana High Court, as the Chief Justice. He is also the executive chairman of the Telangana State Legal Services Authority.

Justice Bhuyan had earlier served as judge of Bombay High Court before being appointed as a judge of Telangana High Court.

Walmart Will Pay For Some Employee Abortions, Out of State Travel Expenses, Leaked Memo Shows

Revolve Black Dress Review: This Magic Gown Is Black Tie On A Budget

Walmart Will Pay For Some Employee Abortions, Out of State Travel...