“Use your wrist! Now, change the stream!” A concentrated Katerina Kaglia holds a fire hose, focusing its stream of water on a tree trunk. Stavros Salayiannis, operations manager of the Vyronas Volunteer Fire Department, stands by her side giving instructions. Everything has to happen quickly, he tells her, there is no time for missteps.

For now, the two are only practicing how to deal with a number of typical real-world scenarios. But it’s already unseasonably hot for June and temperatures have been going up all across Europe. In Greece, people haven’t forgotten the devastating wildfires that destroyed 75,000 hectares (185,320 acres) of forest in 2021, or the 2018 fires along the Attica coast that killed 102 in Mati.

In 2021, wildfires raged across large parts of Greece

Thankfully, no one died during the wildfires last summer. Nevertheless, the forests on the north side of the island of Euboea were almost entirely destroyed, and in the Peloponnese region, a ring of fires raged around ancient Olympia. People in Varympompi and Afidnes, just outside Athens, were forced to flee their homes and ultimately lost everything.

In Vyronas, where charred stumps glisten in the sun, the scars of last year’s fires are everywhere. Temperatures here climb above 30 Celsius (86 Fahrenheit) before midday. Just a few kilometers away lies the sea of white houses that make up the metropolis of Athens. Never have the flames come so close to the city as they did in 2021.

Serving in the volunteer fire department

Kaglia says the devastating fires of 2021 led her to join the Vyronas Volunteer Fire Department. “I couldn’t just sit and watch as Greece burned. I wanted to help,” the 24-year-old tells DW.

A computer scientist by profession, she doesn’t receive pay for her work at the fire department. She says the hours she spends with colleagues patrolling the woods and in watchtowers on the lookout for fires in the forests of Vyronas are an expression of her deep connection to her home.

Kaglia says many of her compatriots still don’t understand the gravity of the situation. “I get furious when people throw cigarettes or garbage into the woods. Little acts of carelessness can spark devastating fires,” she says. 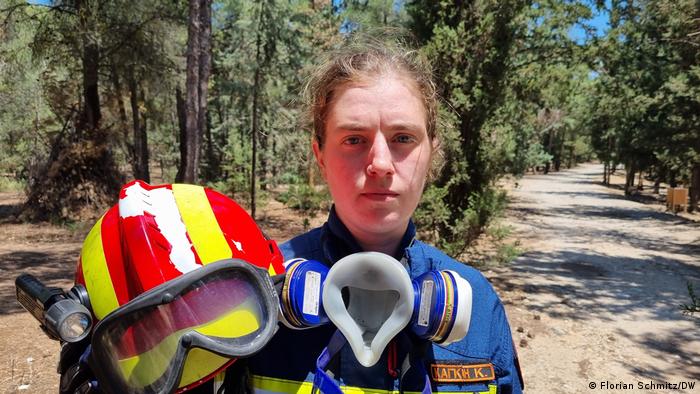 Indeed, 90% of all wildfires in Greece are started by human error. Ever-longer periods of drought, combined with record temperatures, effectively make forests here defenseless against the flames.

And the fires have already begun this year. In early June, homes near the southern Athens suburb of Glyfada had to be evacuated. And on Euboea, Greece’s second-largest island, flames have already licked their way to the outskirts of the village of Gaia.

Stavros Salayiannis steers his red fire department pickup truck through the forests of Vyronas. He has been with the volunteer fire department for more than 30 years, and now serves as president of the Association of Greek Volunteer Forest Protection Organizations. The forest floor is covered in dry brush, leaves and downed trees.

A massive tree trunk blocks the fire trail: “That’s from last week’s storm. It should have been taken care of a while ago,” he says.

“We haven’t learned from past mistakes,” he adds. “On the contrary, we’re making huge mistakes. This year, for the first time, the Environment Ministry is working together with the ministry for civil protection. There’s a lot of money and the fire trails are still blocked to firefighters. That is an enormous problem if you’re fighting wildfires.”

Furthermore, he says, it illustrates how little stock is actually put into wildfire prevention. 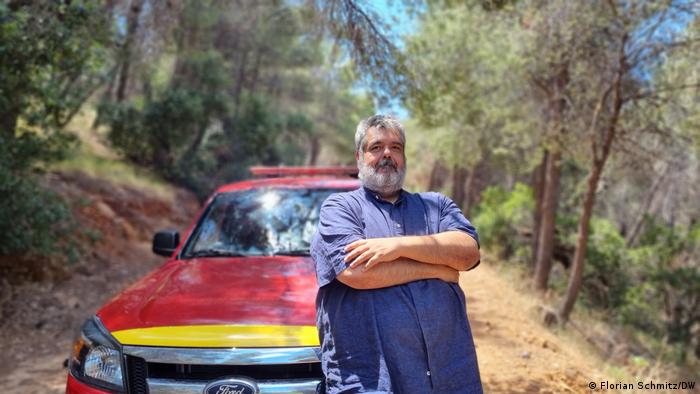 Too little money for prevention

Salayiannis is astonished that last year’s massive loss of acreage and clear threat to Athens have not led to a change in mindset. “We don’t understand the necessity of starting annual prevention measures long before May 1. In Greece, we always wait until the very last moment,” he says.

That late start means it’s only a matter of days before the wildfire threat reaches Level 4, which in turn means that all fire prevention work in the forests must cease. “That puts us even further behind. It’s simply an issue of poor planning. I just hope we won’t have to pay too high a price for it,” he says.

After the fiery summer of 2021, Greek Prime Minister Kyriakos Mitsotakis promised improvements. He made new appointments to key government posts and also named a minister for climate crisis and civil protection. For Elias Tziritis, fire prevention coordinator at the World Wildlife Fund in Greece, such appointments are nothing more than lip service.

A recent report published by the environmental organization gave poor marks to the Greek government: 83.5% of state funds for fire protection between 2016 and 2020 went to fighting wildfires, and only 16.5% went to preventing them. The United Nations, however, recommends investing 45% in fire prevention, 35% in firefighting and 20% in reforestation. 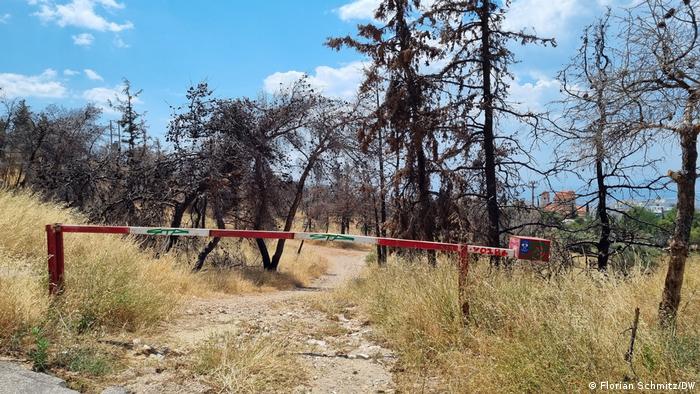 Calls for clarification and transparency

Tziritis is also critical of the way the budget is handled. “We have major problems with transparency. It’s not just about the amount of money, but rather, about strengthening control mechanisms so that we can understand what it’s being used for.” Needs, he says, vary greatly from community to community.

At one location, old power lines might be a problem. At another, communal leaders might need to educate locals about the dangers of uncontrollable fires sparked, for instance, by burning dry leaves or fumigating beehives.

“An action plan has to address the sources of fires. Why do fires break out in different places? If I don’t know, what kind of solutions can I offer?” he asks. 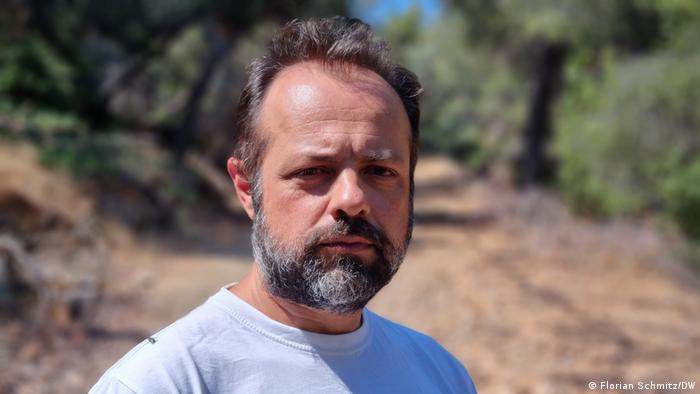 Insufficient data, flagging budgets and understaffing at the Forestry Department, lack of knowledge transfer: Tziritis’ list of criticisms is long. He has called for a systematic rethink and improved cooperation between communities, organizations and the government.

Greece has greatly increased its firefighting budget for 2022, and upped the number of available firefighting aircraft from 74 to 86. Furthermore, as a precaution, 250 firefighters from six EU countries, including Germany, have been called up as part of the European Civil Protection Mechanism.

Giorgos Amyras, the deputy minister for environmental protection issues, thinks his country is on the right path, despite ongoing difficulties. “For decades, the government concentrated on fighting fires, not preventing them,” he said. “This year, Greece has, for the first time in its history, taken important preventative steps.”

Still, Amyras and the Greek government face a daunting task: namely, defining the overall direction of environmental policy and getting citizens involved.

“We have to protect the environment for coming generations,” said Amyras. And he is convinced the Greek government is taking the right steps to do just that.

This article was translated from German by Jon Shelton

Environmental Anxiety vs. the Constitution