Welcome to Insanity Wrap, an entire week’s worth of lefty nuttiness wrapped up in one easy-to-swallow capsule of news. Elon Musk’s evil plan for Twitter is this week’s big crazy.

Before we get to today’s big story, here’s a short video to make you lose whatever little faith you might still have in humanity.

This is very normal and sane behavior pic.twitter.com/OsQtvd1qSa

What’s Elon Musk Going to Do With (Or To) Twitter?

Twitter claims that less than 5% of the userbase consists of fake or spam accounts.

But how much would he pay if the company wasn’t exactly forthcoming with how many bots they might really have?

History’s most perfect and perfectly succinct Twitter exchange sums up the impasse: 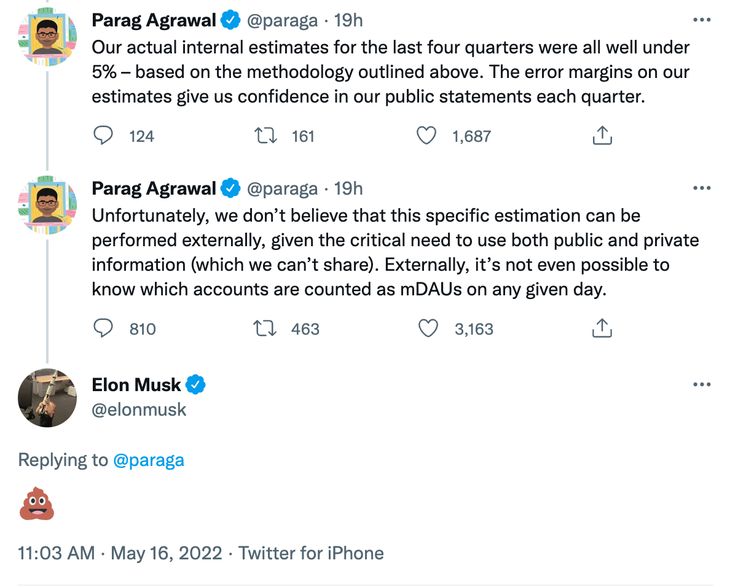 Musk demanded to know the true extent of Twitter’s bot problem, which his people estimated at 20%. Twitter CEO Parag Agrawal said it’s impossible for outsiders to tell. Only internal company metrics can determine the extent of the bot problem, and — dang, wouldn’t you know it! — those metrics are confidential.


Like if the used car dealer refused to tell you if there was an engine under the hood.

Zero Hedge (usual caveats apply) says that Twitter’s board can either “admit Musk is right and it has a huge fake userbase, opening up existing management to countless shareholder lawsuits, or kill the deal and be sued for record shareholder value destruction.”

Third option: Both the board and Musk agree not to publicly discuss the bot problem until after Musk buys Twitter — at a fire sale price.

Musk has Twitter between a rocket (heh) and a hard place.

Was it ever Musk’s plan to buy Twitter and turn it into a haven for free speech, or did he just want to expose the company as nothing more than a house of virtual cards?

Could be he’s just winging it.

It’s like one of those old Agatha Christie mysteries: You don’t know how the ending will turn out, but you know you’re going to love it either way.

Before We Continue, a Brief Palate Cleanser…


My dogs will dance for treats.

And when I say “dance,” I mean, “Wiggle and spin like a four-year-old who just ate five bowls of Super Honey Crisp.”

Jean-Pierre highlights her background as a ‘black, gay, immigrant’ woman in first briefing as press secretary

Yes, but is she any good at the job?

Let’s go to the next question, shall we?

If I were in Peter Doocy’s shoes, I’d have phrased this question a little more sharply. Something like, “Why didn’t Presidentish Biden visit Waukesha, where a not-racist shot three not-black people in self-defense because of white supremacy?”

Questions like that one are why I’ll never get a White House press pass, incidentally.

Anyway, let’s see what happened when Doocy asked a similar, but less pointed version of my question.

Peter Doocy asks why Joe Biden is going to visit Buffalo, NY but he didn’t visit Waukesha after a deadly terror attack by a racist black supremacist:


Translation: I have no idea about anything, really.

Doesn’t anyone in the Biden White House do their homework?

This last one is a real Doocy.

Jean-Pierre: “We encourage those who have done very well, especially those who care about climate change, to support a fairer tax code.” pic.twitter.com/rcvptEkgPN

Here’s the short version: As Joe Biden has previously discussed, we’ll stop inflation with fairness because of climate change.

If it’s the White House PressSec’s job to shovel nonsense answers at a press corps almost entirely bereft of BS Detectors, I’d have to admit she’s pretty good at it.

I started using the “Sign ‘O’ the Times” headline to report bad economic news back when Barack Obama was president — poking fun at his egotistical O logo while also referencing a classic Prince song.

This is high-level blogging, folks. Don’t try this at home.

Since the Biden Administration is mostly Obama retreads and Obama himself is probably pulling at least a few of the strings, it’s safe to bring back the old headline.


Especially for stories like this one about one mom trying to make things easier for other moms during the Biden Baby Formula Shortage:

Alyssa Chitti was hoping to sell her breast milk at $1 per ounce, but she’s willing to negotiate with moms because she understands what they’re going through, she said.

“It was making me nervous, just because so my daughter was very, very colicky,” said Chitti. “And I know a lot of moms need specific formulas for babies with upset tummies, and I know how hard it can be when they’re upset. There’s nothing you can do about that stomach pain.”

Days after the FOX 13 News story aired, Chitty began receiving negative feedback about her decision, which led her to stop selling the breast milk.

To everyone who nagged Alyssa Chitti out of doing what she could: Go to hell.

The Craziest Person in the World (This Week)

“I thought you were a dude, my bad”

Seattle journalist @choeshow films a masked screaming person who has a deep male voice at the pro-abortion protest & accidentally misgenders her. She becomes irate & her comrade harasses the Asian-American journalist. pic.twitter.com/rSUqAk6Ema

At this point, I’d settle for finding one sane person each week.

How About Global Thermonuclear War?

Russia is losing. That might make Putin more dangerous


In an unsigned editorial, the editors of the Washington Post say that Russia’s severely downgraded war goals appear “to be aiming to take, at most, the entirety of a single Ukrainian region,” but “even that might be beyond the capability of Russia’s depleted, poorly led forces.”

And as the headline says, losing might make Putin even more dangerous.

But brace yourself for this non sequitur:

Now is not the time, therefore, to go for a negotiated cease-fire between Ukraine and Russia, as France, Germany and Italy have proposed in recent days. Their desire to shorten this destructive war — and thus limit the damage both to Ukraine and to their own hard-pressed economies — is understandable. Their promises not to impose terms on Kyiv are undoubtedly well intentioned. Still, the risks of relaxing the pressure on Mr. Putin before he is thoroughly beaten, and maybe not even then, are too high.

WaPo wants us to play Regime Change Chicken with a nuclear power.

I’ve got to wrap up this week’s Wrap before I go totally insane.

Previously On Insanity Wrap: Pizza Hut Is Everything Wrong With America Today 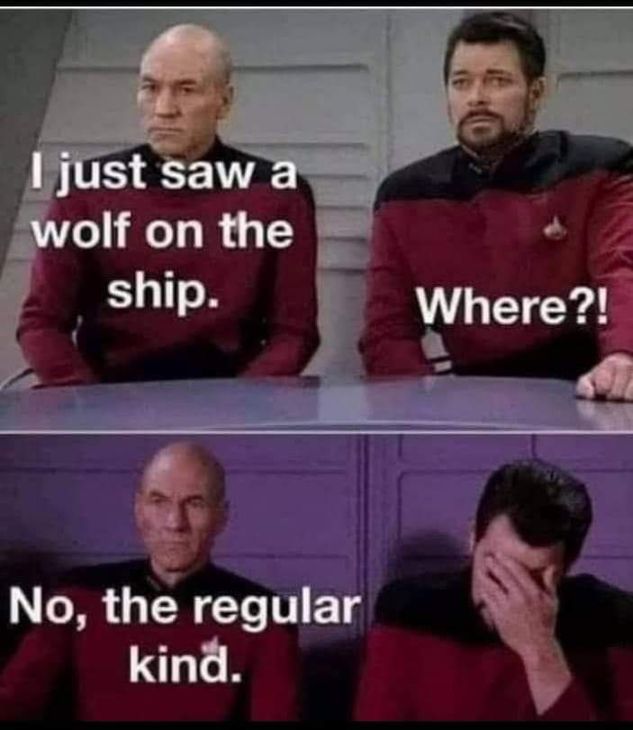 I apologize for nothing.

That’s a Wrap for this week.

Come back next week for another Insanity Wrap…

…assuming we make it that long.


If you enjoy Insanity Wrap, Stephen Kruiser’s Morning Briefing, and headline news from PJ’s growing stable of writers, you’ll love our exclusive content — like video podcasts and live chats with your favorite PJ personalities — available just to our VIP members.

You can become a supporter right here with a 25% discount if you use the INSANITYWRAP promo code. We’d love to have you on board.

Summer Academy on Cultural and Creative Industries and Local Development

Police clear out pro-abortion activists outside SCOTUS justices’ homes (their chant was beyond ironic)...

An Outsider Can Win, and Govern