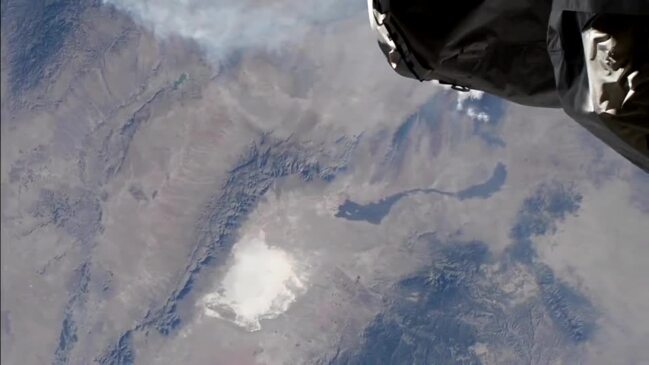 The Black Fire swelled to 130,224 acres (approximately 203 square miles) northwest of Truth or Consequences, New Mexico, on Sunday, May 22, according to authorities. The US Forest Service reported that the fire, which began on May 13, had prompted evacuations in Catron, Sierra, and Grant counties. As of Sunday morning, the fire was at six percent containment, officials said. Footage recorded from a NASA feed by ISS Above, which said it was captured on May 21, shows smoke near Truth or Consequences. Credit: ISS Above/NASA via Storyful

Leave Lincoln Out of This
Rep. Trone ‘Could Not Care Less About’ His Constituents

Every Abortion Law in America Protects Women with Ectopic Pregnancies

White House Encourages Girls ’15 Or Younger’ To Abort Without Parents’...

Every Abortion Law in America Protects Women with Ectopic Pregnancies