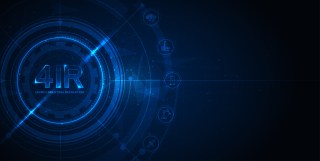 Adoption of Fourth-Industrial-Revolution (4IR) technologies in sub-Saharan Africa could bring not only substantial economic growth and welfare benefits, but also social and economic disruption, including widening inequality if countervailing policies are not adopted, as discussed in our recent report. With a high share of the labor force working informally—a trend expected to continue for several decades—Africa’s education and industrial policies need to strike a balance between encouraging private investment needed to create new formal jobs using advanced technology and ensuring that all new labor force entrants have the basic skills and infrastructure to make an adequate living.

Much has been written about the current and potential disruptive effects in advanced economies, of the suite of new technologies called the Fourth Industrial Revolution (4IR)—a group of technologies that fuse digital, biological, and physical innovation in applications such as advanced robotics using artificial intelligence, CRISPR digital gene editing, and the networks of sensors and computers called the Internet of Things. Studies estimated that globally in the manufacturing sector alone, 4IR technologies could create 133 million jobs by the end of 2022, but displace 75 million jobs, leading to a net gain of 58 million jobs.

Researchers have demonstrated that in the U.S., the skill-bias of technological change in the production sphere disproportionately affected routine and middle-skilled occupations, creating an asymmetry of opportunities, earnings, and income between lower and highly educated workers, and exacerbating inequality trends. However, the researchers also argue that economic policies over the past decade could have moderated these effects instead of amplifying them.

Despite this experience, the skill bias of 4IR technologies has led to recommendations, from international finance institutions and private think tanks, that African countries should urgently move to create more high-level STEM skills in their future workforces. While there is no doubt Africa will have to continue to upgrade the skills of its future labor force, the question is, how should this upgrading be organized and financed equitably?

Sub-Saharan Africa countries already spend about 4.5 percent of their GDP on education (including both public and private expenditures), but in many countries, education systems are often inadequate to meet the needs of current students, much less for those about to enter the system. Of total education spending, 1 percent of GDP (22 percent of the total) goes to higher education, with a gross enrollment of less than 10 percent. The African Union is suggesting that member countries spend another 1 percent of GDP on developing STEM skills at the secondary and post-secondary levels. In today’s fiscal environment, private sector and global partnerships will be needed.

The rapidly growing labor supply and the challenges of structural transformation suggest that most new entrants to the labor force will find work as low-skilled or semi-skilled employees or working for themselves and their families (on farms or in informal microenterprises); they will not work as software developers or digital engineers. To be more productive, these young people need better access to (i) higher quality primary and secondary education, including development of problem solving and foundational digital and STEM skills, and (ii) access to cheaper mobile phones and tablets, mobile internet, and digital services to develop their farms and businesses. Providing an inclusive job creation platform for these workers through public investment in foundational skills and in internet access should remain the spending priority for governments.

Low within-country income inequality is not just an intrinsically desirable economic characteristic; it helps support economic growth and development in a variety of ways. More equal countries are more politically stable, less likely to be fragile or erupt into violence or civil conflict. They also show more resilience in the face of external shocks. Leaving large sections of the population behind actually lowers future economic growth by stifling the potential of aggregate demand and the increased consumer appetites of a growing middle class to fuel growth, while reducing support for needed public investments to sustain development.

Inequality has been on the rise in many sub-Saharan Africa countries. Five of the top ten most unequal countries in the world are in sub-Saharan Africa. Africa cannot afford to let technology exacerbate this trend. Policies to contain or reduce inequality involve action across sectors and policy domains, and ensuring equal access to quality education and other human capital development services is a good start. Other policies and programs needed to counter a possible rise in inequality in the 4IR context, include:

The experience of the OECD countries, especially the U.S., suggests that 4IR technology is not an inherently benign change agent. Unequal employment and earnings outcomes have been observed. African countries cannot—and should not—avoid 4IR technology given the potential to accelerate economic transformation in Africa. However, countries should also consider their options for increasing inclusion, especially in countries where the level of inequality is already high. Some factors—such as the labor saving, skill bias of these technologies—are outside of African countries’ control. But economic policies can still guide economic development toward greater equality.

Fake Meat, Edible Insects and the Truth Behind the War on Beef: The Truth...