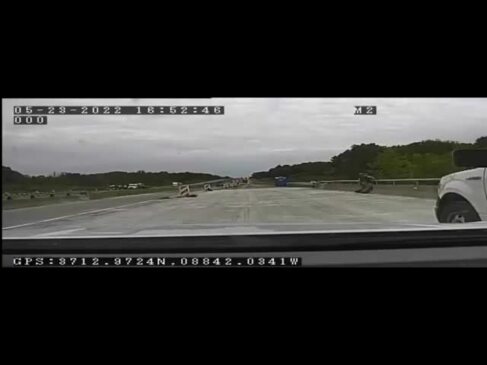 A police officer and an Illinois Department of Transport (IDOT) worker saved a man who tried to jump from a bridge on an interstate overpass in Massac County on May 23. Massac County Sheriff’s Office said Deputy Summer Dixon was called to the bridge by an IDOT worker, who had located a man having medical complications. This video, released by the sheriff’s office on June 10, shows the man attempt to jump as he was speaking with the officials, who leaped to grab him and pull him back to safety. ​Sheriff Chad Kaylor said the man was hospitalized for evaluation, and Deputy Dixon was awarded a Letter of Commendation for her work. Credit: Massac County Sheriff’s Office via Storyful

Why Everybody Is Going Extreme
The First Rule of Gay Club Is You DO NOT Talk About Gay Club! Groomer Teachers Plot on Zoom – PJ Media

Russia slogs through the Donbas