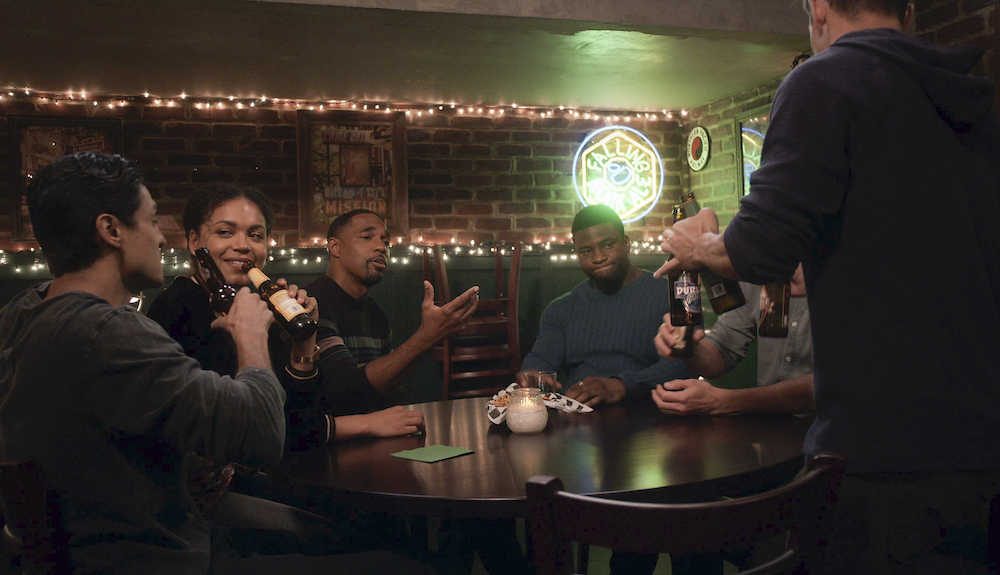 SPOILER ALERT: Do not read if you have not yet watched the “Station 19”/“Grey’s Anatomy” crossover event on Nov. 11.

The promos had flatly stated that not everyone would survive the “Station 19”/“Grey’s Anatomy” crossover episodes Thursday night — and that was indeed true. Okieriete Onaodowan, who has played Seattle firefighter Dean Miller since “Station 19” premiered in spring 2018, has left the ABC drama.

According to a source, Onaodowan asked to leave “Station 19,” which is now in its fifth season, feeling it was time to move on. In a statement about his departure, he said: “It’s been a pleasure being Dean. I have Shonda Rhimes, Stacy McKee, Krista Vernoff, Paris Barclay and ABC to thank for allowing me to bring him to life. I am grateful I got to work with the most loving, kind and dedicated crew in network TV. And most importantly, thanks to the fans for showing Dean so much love. I hope he has inspired you to change your world for the better. Be the change!”

An experienced stage actor before he joined “Station 19,” Onaodowan played the dual roles of Hercules Mulligan and James Madison in the original cast of “Hamilton.” As part of the cast, he won a Grammy at the 2016 ceremony.

In the “Station 19” episode, Dean had all but taken a job offer to move to Oakland. The opportunity would have allowed him to expand Crisis One, the program he created to send non-violent first responders — instead of police officers — to intervene in non-violent emergencies. As Dean weighed the decision, Station 19 was called to help after a gas line explosion blew up several houses on a street. As they went door to door evacuating residents, another house exploded, and Dean was found lying on the ground, having been thrown by the blast. Ben (Jason George) tried to resuscitate him in the ambulance as it headed to Seattle Grace Hospital, but the episode ended with Dean flatlining.

Radhika Jones on the Big, Revealing Profiles of the November Issue

In the continuation of the story on “Grey’s Anatomy,” Dean’s body arrived in the ambulance, with Ben having stopped the chest compressions. For the rest of the episode, the Station 19 fellowship tried to process Dean’s death. Vic (Barrett Doss) — who was in a will-they-or-won’t-they dynamic with Dean — was affected by it the most. She had been angry with Dean for potentially leaving Seattle, but refused to go with him when he asked. (They did tell each other they loved each other, though, right before he died.) And Miranda Bailey (Chandra Wilson) and Ben have taken in Dean’s daughter, Pruitt, because of a promise Ben made to Dean.

Krista Vernoff, the showrunner of both “Grey’s” and “Station 19,” issued a statement about Onaodowan’s departure. “I am a better artist and human for having had the opportunity to work with Okieriete Onaodowan,” she wrote. “I am heartbroken by the loss of Dean Miller and that I no longer get to write for Oak. Oak has an expansive spirit and was ready for and craving new artistic horizons —and I truly can’t wait to see what he does next. It will be powerful, it will be deep, and it will be courageous, because Oak is all of those things.”

A Perfect Storm: The Chocolate, Coffee, and Climate Crises

Inflation Tarnation! Inside the Supply-Chain Snafu That Could Wreck Your Holiday Plans