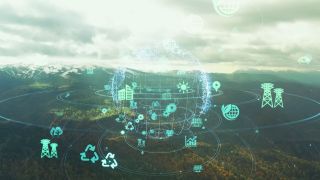 Environmental, social, and governance (ESG) investments—financial assets that fulfill certain minimum social and environmental criteria—are expected to reach $50 trillion in assets by 2025. While this implies a significant reallocation of capital toward sustainable activities, the extent to which ESG investments advance climate transition is unclear because of lack of standardization in their classification. The explosive growth of ESG investments in the past two decades took place in the context of a lax regulatory regime for sustainability disclosure. Corporate managers were free to choose what to disclose and in what format, which led to a hodgepodge of voluntary disclosure standards. The outcome is ESG data that is incomplete, unreliable, and difficult to compare across firms.

After years of complaints of greenwashing, sustainability disclosure seems to be at the cusp of formalization, with the U.S. and the EU adopting new disclosure laws in the past two years. In April 2021, the EU released a Corporate Sustainability Reporting Directive (CSRD) that mandated rigorous disclosure standards to enhance the coverage and reliability of sustainability reporting. The CSRD, which will come into effect in 2023, will improve upon the existing nonfinancial disclosure law by providing clearer and more streamlined reporting standards.

The U.S. Securities and Exchange Commission (SEC) has also reversed its longstanding reluctance to regulate ESG disclosures. In March 2022, the SEC took a major step by proposing a new set of rules on climate-related disclosures to provide greater transparency for investors. The proposed law will modify the SEC’s regulations to require corporations to disclose their exposure to climate-related risks and the implications for their financial metrics. The SEC’s proposal, which is now open for public comments, will have a phase-in date that varies by company size, the first of which will be the 2023 fiscal year.

The new law will significantly expand the scope of greenhouse gas (GHG) reporting in the U.S., which is currently required only from extremely heavy emitters. Although 90 percent of S&P 500 companies voluntarily disclose some form of ESG data, analysis by the SEC reveals that only one-third of public companies mention climate change in their filings. The law will push public companies to take climate-related risk seriously and integrate it with their governance and operational strategies. The use of mandatory standards will also reduce the problem of selective reporting and greenwashing, thus significantly improving the comparability and reliability of climate-related ESG data.

Ideally, corporate reporting on global issues like climate change should be governed by a globally coordinated disclosure regime. In the absence of such a system, standards like the ISSB’s could serve as a backstop to bridge disparate disclosure rules across countries and regions.

Disclosure rules: The US versus the EU

The SEC’s proposed law is very specific and extensive in terms of climate-related disclosures. Its scope, however, is narrow compared to the EU’s CSRD, which is expected to provide an extensive set of standards in multiple environmental, social, and governance domains. The SEC has future plans to develop disclosure laws for human capital, but this is unlikely to extend to other ESG domains. In terms of coverage, the EU law will mandate disclosure among 49,000 medium and large companies, covering all private and public companies with at least 500 workers. The SEC rule, however, will mandate disclosure only among public companies that sell securities, which could create an uneven playing field with private companies. The vast majority of the 6,933 companies that filed their annual reports on 10-K forms in 2021 are likely to be covered by the new regulation.

The EU’s CSRD applies what is called “double materiality” principle, requiring companies to disclose information that is material for investors as well as for other societal stakeholders and the environment. The proposed SEC rule, on the other hand, is grounded on the “single materiality” principle, as it emphasizes investor-focused risk governance and financial materiality. Given the SEC’s narrow mandate of protecting investors, the proposed law does not aspire to advance a green transition, as the EU’s disclosure law does. Instead, it is framed as a means to help investors make better decisions on matters of corporate “exposure to, and management of, climate-related risks, and in particular transition risks.”

The proposed rule thus sidesteps the (politically contentious) questions of whether or not climate change is real and how companies contribute toward it. It treats climate-related physical and transition risks just like any other business risks that are covered by existing disclosure laws. The use of the probabilistic concept of risk also reduces the burden of proof on climate science: So long as climate risk is high enough to be material for investors, it falls within the purview of the SEC’s rulemaking authority.

The response to the SEC’s new rule was mixed, with technology companies like Apple and asset managers like BlackRock supporting it while businesses in energy and transportation sectors expressing opposition. Despite its reliance on the narrow materiality principle, the SEC could still face legal challenges for exceeding its statutory rulemaking authority and demanding more information than is materially relevant. The proposed law is also likely to garner extensive and divergent responses from industry associations and politicians, leading to a sanitization process that could water down its core parts during the final revision.

The rigor of disclosure requirements is somewhat more stringent in the EU’s CSRD than in the proposed SEC law. While the U.S. has rejoined the Paris Agreement under President Biden, it lacks a national climate transition strategy mandated by Congress. The EU, on the other hand, has adopted the European Climate Law and legally committed itself to meeting the goals of the Paris Agreement. The lack of a similar, legally binding national legislation is the reason why the SEC has adopted a narrow, investor-focused conception of materiality, which has also limited the stringency of the proposed rules. For example, the EU’s proposed standard will require companies to disclose the compatibility of their activities with the Paris Agreement’s goal of limiting global warming to 1.5 degrees Celsius. In contrast, the SEC’s proposed law does not go far enough as to require disclosure of corporate risk strategies under a spectrum of hypothetical future climate scenarios.

A crucial part of the proposed SEC rules is disclosure of GHG emissions from direct energy consumption (Scope 1) and from purchased electricity or heat (Scope 2). Disclosure of emissions from value chain activities (Scope 3) is required only if companies have Scope 3 emission reduction targets or if the emissions are deemed material. Disclosure requirements include quantitative data, as well as qualitative information in the form of narrative discussions on the effects of climate risk on strategy, business model, and future outlook. Quantitative disclosure is required for “expected losses” from physical and transition risks that are equivalent to at least one percent of the value of important financial metrics in a given year. Given the vast scope of climate risks—from extreme weather events to regulatory changes—these guidelines leave a lot of room for interpretation.

Interestingly, both EU and U.S. regulators have chosen to develop their own disclosure guidelines and standards, apparently to overcome the lack of comparability between the cacophony of third-party standards that are currently in use. The SEC’s disclosure guidelines heavily draw on the Task Force on Climate-Related Financial Disclosures standard, which is widely used around the world. This seems intended to facilitate smooth transition to the new disclosure regime with reasonably high disclosure comparability across borders. The European Financial Reporting Advisory Group, which has been tasked to develop the EU’s disclosure standards, is also building on the Global Reporting Initiative, currently the most widely used third-party reporting standard globally. The reliance of EU and U.S. regulators on existing, well-recognized standards for crafting mandatory standards can create a degree of consistency between the two disclosure regimes. However, the EU’s regulatory standard will be far more complex, covering at least five major domains (climate change, water and ecosystems, workers and communities, value chains, and corporate governance). It will also include sector-specific metrics, setting up different disclosure rules for no less than 40 industries. These vast differences in scope will inevitably lead to substantial gaps in the comparability and compatibility of disclosures from the two regimes.

The SEC’s proposed rules require large companies to provide attestation reports by independent verifiers for their Scope 1 and 2 emissions. There is a grace period of between one and three years for providing “limited” assurance, followed by a more strict “reasonable assurance,” also with a timeframe that varies between large and small companies. The EU’s proposed directive likewise requires companies to seek “limited” assurance by third-party auditors within three years of the directive’s enforcement, with a potential, unspecified plan to move toward “reasonable” assurance at a later stage.

Considering the lack of direct comparability between the disclosure standards of the U.S. and the EU, frictions in transatlantic flow of trade and investment are perhaps inevitable. An example is the EU’s proposed Carbon Border Adjustment Mechanism, which will impose a carbon levy on imports of carbon-intensive goods from countries without carbon taxes. Jurisdictional conflicts in sustainability disclosures are also inevitable since European companies with subsidiaries in the U.S. and American companies with subsidiaries in the EU would be forced to comply with two different standards.

Seemingly fortuitously, a global third-party standard for sustainability reporting is also emerging in tandem. In November 2021, the International Financial Reporting Standards (IFRS) Foundation, which administers the IFRS accounting standards, established the International Sustainability Standards Board (ISSB) to create a unified set of sustainability disclosure standards. The ISSB has made important progress in developing these standards, which appear to be closer in spirit to the SEC’s investor-focused regulations. These standards, which were endorsed by the G-7 and the G-20, could serve as a means for resolving potential EU-U.S. conflicts in contested disclosure cases, as in the case of American corporations operating in the EU and vice versa.

Ideally, corporate reporting on global issues like climate change should be governed by a globally coordinated disclosure regime. In the absence of such a system, standards like the ISSB’s could serve as a backstop to bridge disparate disclosure rules across countries and regions.

Is Your Sentence a Run-On? – About Writing: A Guide