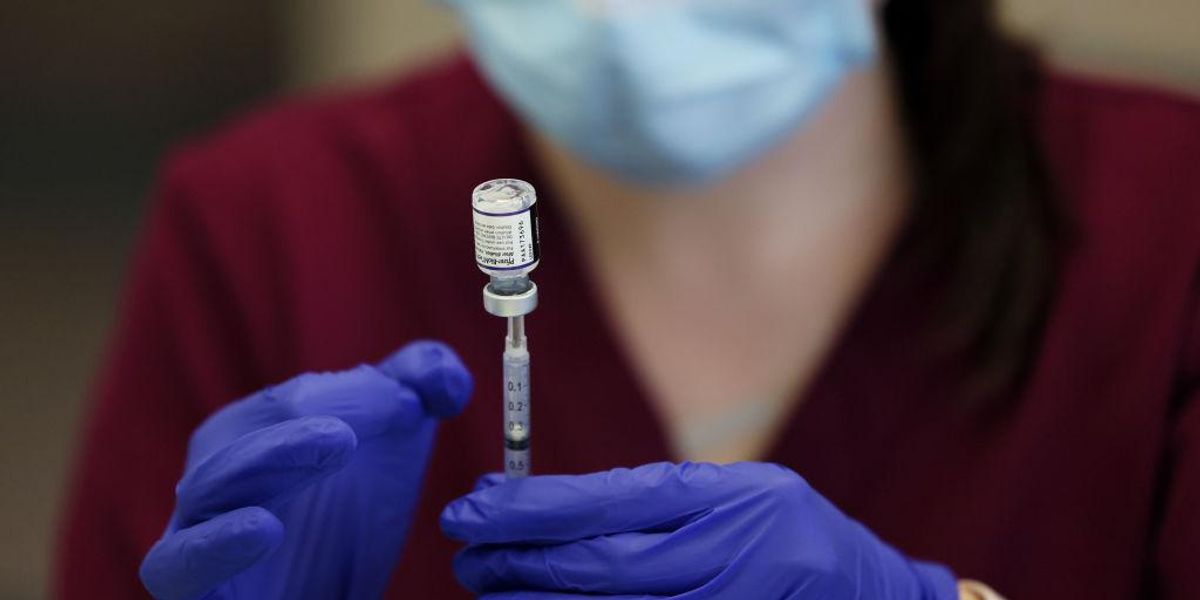 The risk-benefit analysis for the COVID shots is upside-down not only for children, but also for the elderly. It’s time we refocus on senior care facilities rather than wrongly assume the shots have allowed them to return to normal lives without risk from the virus.

We don’t know how many nursing home residents are dying from the injection spike protein, and nobody wants to find out. But what we do know is that they are still dying of COVID after assuming the risks associated with these shots, and nobody has articulated an alternative to the protocol of endless spike protein shots, lockdown, atrophy, and social isolation, while still remaining vulnerable to the virus.

NBC Connecticut reports that 89 people were infected and eight killed by the virus at the Geer Village Senior Community in Canaan, Connecticut. According to an official from the nursing home, of the 89 total infections among the residents and staff, 87 people were fully vaccinated, which likely means that 100% of the residents were vaccinated. Of the 70 residents in the building, 67 of them were infected. How much do you want to bet that not a single one of them was given early treatment? Now, they are continuing to lock them down and ban in-person visitation while pushing endless boosters on them with no evidence that they work and no evidence that spike proteins are safe for people that age.

Thus, not only is “die from the virus or stay locked down with endless boosters” a false choice, it’s not even a legitimate choice, because “vaccinated” seniors can still die from the virus. The reality is that for the people whom the shots were supposed to protect the most, they likely don’t work to stimulate immunity. In this nursing home, 10% of those infected died, and that rate was likely higher among the residents, which is roughly the fatality rate pre-vaccine. Nineteen of the residents still have not recovered. How could this even be called a vaccine? Yet despite this failure, Pfizer and Moderna are earning a combined $65,000 per minute and are completely exempt from liability for even willful misconduct.

The truth be told, there is no evidence the shots ever worked, and there is certainly no evidence that at this evolving stage in the viral pandemic, a booster that is the equivalent of last year’s flu shot will work. Many people forget that when Pfizer published its six-month safety and efficacy analysis of its shot, the company shockingly recorded 15 all-cause deaths out of 22,000 in the trial group and 14 among the placebo group. Moderna’s follow-up also showed no benefit in all-cause mortality in the vaccine group. Now it is true that only one person in the trial group died of COVID and two in the placebo group died, but those numbers are too low to draw conclusions. Moreover, all-cause death is in some ways a more important measure of the overall safety and efficacy, because few disagree that the shots have some benefit to some people short-term, but the question is whether that small benefit is outweighed by the risks.

Now, former NYT reporter Alex Berenson is reporting that those numbers were actually changed and are even more unfavorable to the shot. On November 8, the agency released its “Summary Basis for Regulatory Action,” in which it is revealed (p. 23), “From Dose 1 through the March 13, 2021 data cutoff date, there were a total of 38 deaths, 21 in the COMIRNATY [vaccine] group and 17 in the placebo group.”

Thus, whether it’s due to Pfizer lying or the fact that there was a lag in reporting since July, there were really six more deaths in the trial group as well as three more in the placebo group than Pfizer admitted in its July 28 publication. This is very disturbing. Remember, the surveillance of all-cause deaths in the trial only goes up to March. As the FDA summary states a few paragraphs later: “Information is not yet available about potential long-term sequelae and outcomes in affected individuals. A mechanism of action by which the vaccine could cause myocarditis and pericarditis has not been established.”

Hence, any study showing any efficacy to the shots is automatically suspect, but what we know for sure is that the injections will not protect the elderly and immunocompromised. The establishment’s answer is now to push endless boosters. The New Mexico governor is already suggesting that, just like in Israel, those without a third shot will be considered unvaccinated. But the reality is that, again, even if we trust that there is some degree of efficacy, an Israeli study showed that boosters waned to just 50% efficacy after just three months. And that is for the general population. It’s likely not going to afford nursing home patients any degree of protection that they can rely upon to live normally, much less a level of protection that is worth the risks associated with the shots in frail people. And remember, each successive shot comes with a risk, and as the virus mutates, it’s likely that by the next round, the shots will be completely ineffective.

Any compassionate society at this point would have doctors attached to every senior care facility offering residents preventives of Regeneron monoclonal antibodies, which have shown to actually pre-emptively work for up to eight months. They would also boost their vitamin D levels with the active form of D, have them take preventives ivermectin and/or nitazoxanide, and have an early treatment regimen in place for everyone once there is an outbreak.

U.S. Struggles With Afghan Evacuees Weeded Out, and Now in Limbo

Stocks Waver After Earnings From Macy’s and Kohl’s

Ariana Grande Rocked the 13 Going On 30 Dress, and It’s So Cute