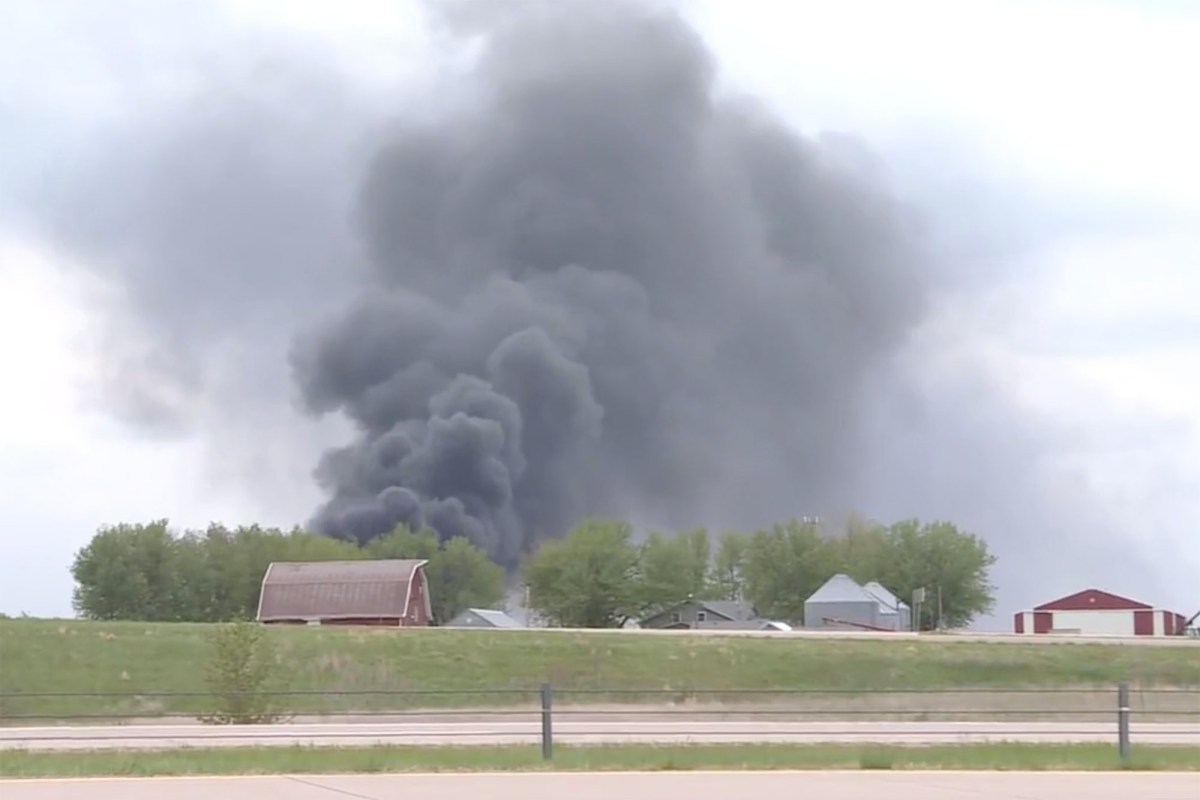 A freight train derailed in a fiery, smoke-filled crash in Iowa on Sunday, leading authorities to order an evacuation of the area.

Residents in a 5-mile radius were told to evacuate while HAZMAT crews dealt with the crash of the train, which was reportedly carrying the chemical ammonium nitrate.

A bridge collapse in the town of Sibley caused the derailment, local media reported, and sent billows of black smoke into the sky that was visible from miles away.

All waterways near the derailment were blocked, Siouxland News reported. A Red Cross area was set up in a nearby town for displaced residents, according to the TV station.

Emergency personnel told the station that what was burning was diesel fuel and not the trian’s haul, but the area was evacuated as a precaution.

Those who weren’t evacuated were told to shelter in place.

The chemical compound, which is used to make fertilizers, can be explosive, the Des Moines Register reported.

There were no reports on injuries related to the crash.

DMX Ex-Wife Says He 'Was Never Afraid Of Passing On' Amid His Raw Final...