Fox Sports has apologized for adding the logos of the Yankees and the Red Sox to an image of New York’s Ground Zero memorial site that was used to advertise Saturday night’s game.

Fox used aerial footage of the National September 11 Memorial and Museum at the World Trade Center site with the baseball team logos superimposed over it on Saturday sparking criticism over the frivolous use of the sacred site, according to the Daily Mail.

The photo of the 9/11 site included a view of the reflecting pools where the North and South Towers stood before the devastating terror attacks on Sept. 11, 2001.

Of all the NYC aerial shots Fox Sports could have used, they decided to superimpose their baseball logo over the 9/11 Memorial?

The backlash was immediate, and Fox Sports wasted no time apologizing.

“During tonight’s telecast, we used poor judgement on the use of a graphic. We sincerely apologize and regret the decision,” Fox Sports told The Daily Beast. 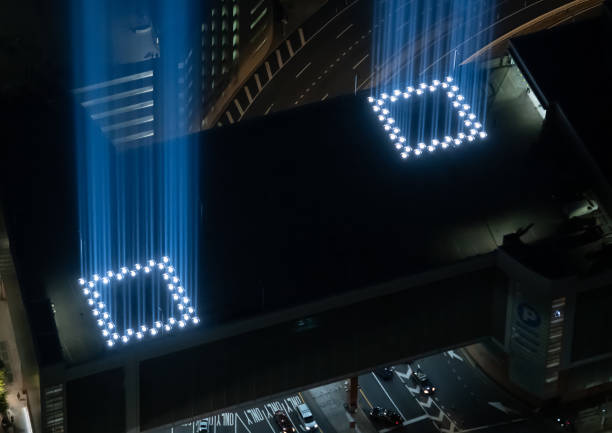 A view of New York City and the ‘Tribute In Light,’ marking the 20th anniversary of the 9/11 terrorist attacks at the World Trade Center, on September 11, 2021 in New York City. The nation is marking the 20th anniversary of the terror attacks of September 11, 2001 in which nearly 3,000 people lost their lives. (Noam Galai/WireImage)

The choice of game graphics quickly became a hot topic on social media:

Superimposing MLB logos over the 9/11 Memorial reflecting pools for a bump shot??? @Sept11Memorial

A stunning level of tone deafness by @MLBONFOX @FOXSports.

This is in real horrible taste, @FOXSports. Using the bottom of the two 9/11 Memorial Pools in this graphic.

Did @FOXSports cross the line by using the Red Sox, Yankees graphics over the 9/11 memorial at ground zero ? pic.twitter.com/QnYpUlFreQ

Prague: A single speed for progress