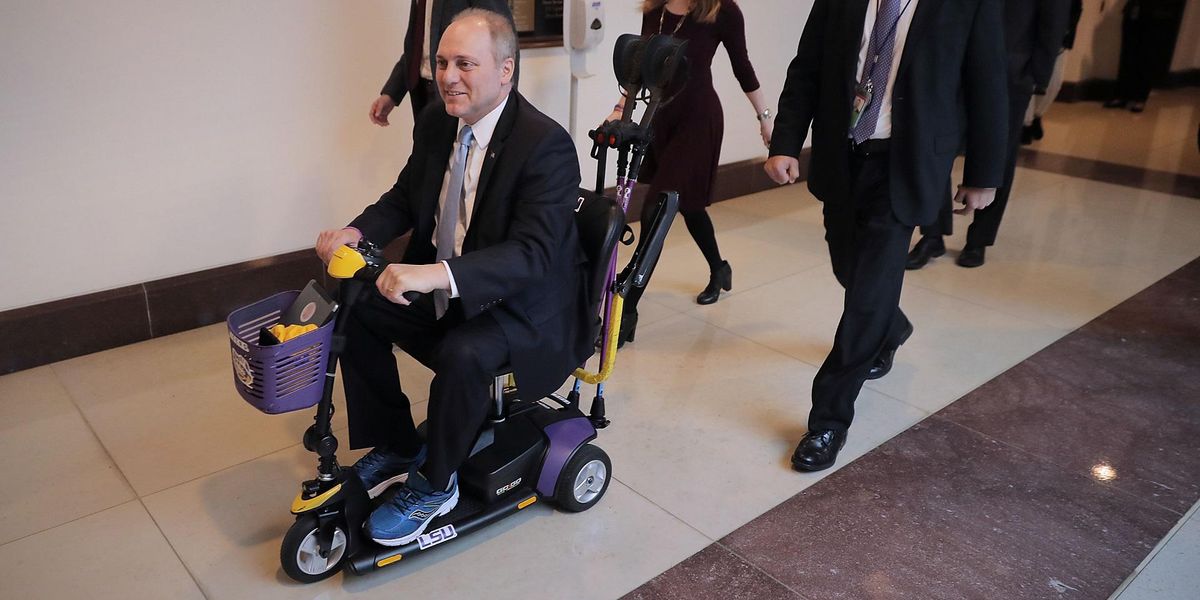 The FBI has “quietly” admitted that the 2017 shooting by a far-left radical who tried to murder several GOP members of Congress at a baseball field was, indeed, domestic terrorism, The Washington Examiner reported.

Last month, current FBI chief Christopher Wray was confronted by Republican lawmakers over the agency classifying the shooting as “suicide by cop” under a previous director.

The Examiner found in an FBI-DHS report released Friday detailing 85 “FBI-Designated Significant Domestic Terrorism Incidents in the United States from 2015 through 2019” classified the shooting at an Alexandria, Va., baseball field by a supporter of former Democratic presidential candidate Sen. Bernie Sanders (I-Vt.) as “domestic violent extremism.”

The description of the event reads:

An individual with a personal violent ideology targeted and shot Republican members of Congress at a baseball field and wounded five people. The subject died as a result of engagement with law enforcement.

In April, GOP Rep. Brad Wenstrup (R-Ohio), who was present at the shooting, revealed during a House Intelligence Committee hearing that the FBI classified the case as “suicide by cop” in 2017. Wenstrup took issue with the classification, and said Republican lawmakers were dismayed by it.

Your Horoscope for the Week Ahead

“Director, you want suicide by cop, you just pull a gun on a cop,” Wenstrup told Wray. “It doesn’t take 136 rounds. It takes one bullet. Both the DHS and the [Office of the Director of National Intelligence] published products labeling this attack as a domestic violent extremism event, specifically targeting Republican members of Congress. The FBI did not.”

Earlier this week, Wenstrup, Scalise, and several other GOP members signed a letter to Wray asking the director to conduct a review of how the “suicide by cop” designation was reached by the FBI, and to update the conclusions of the investigation.

The letter notes that were it not for Scalise’s security detail (since he is a member of House GOP leadership), there would not have even been any law enforcement present during the GOP Congressional baseball practice. Further, the officers were wearing plain clothes inside an unmarked vehicle — casting immediate doubt on the “suicide by cop” theory.

Alphabet, Pinterest, Mondelez: What to Enjoy When the Stock Market Opens Today