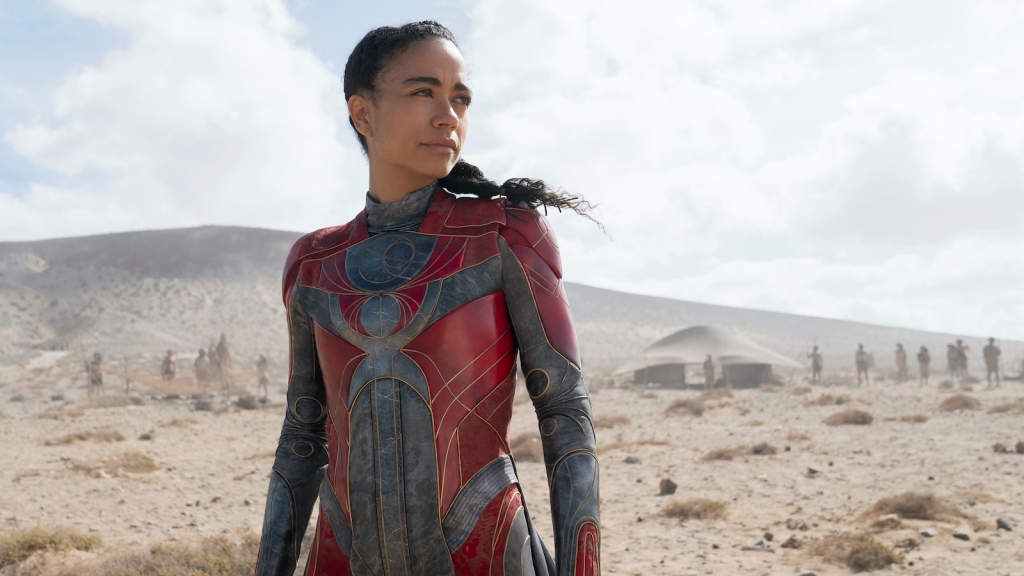 Marvel movie “Eternals” enjoyed the biggest opening weekend of any film this year in South Korea. It came as some Korean cinemas moved towards near to normal operation.

“Eternals” earned $10.2 million between Friday and Sunday, and fully $14.3 million in its five opening days, according to data from Kobis, the box office tracking service operated by the Korean Film Council (Kofic).

Playing on 2,650 screens, “Eternals” accounted for 82.4% of the nationwide weekend box office. In terms of admissions, the film achieved 1.61 million ticket sales in five days.

The film’s powerhouse opening lifted the nationwide aggregate weekend box office to $13.1 million. That is the highest-scoring box office weekend in Korea this year.

The Korean cinema industry had been subject to COVID-19 restrictions that included seating restrictions, bans on food and drink, and curfews that curtailed evening screenings.

Cinemas have responded by creating ‘vaccine pass theaters’ for patrons who can prove that they are fully vaccinated against COVID-19. Kofic has also reinstated its discount coupon scheme in order to bring audiences back into cinemas.

With a very high per capita rate of attendance, Korea had been the world’s fourth biggest box office market in pre-COVID times, ranking only behind North America, China and Japan. But nervous patrons stayed away in droves distributors of Korean movies, which rely heavily on theatrical box office for their returns, canceled or delayed the release of many local titles.

Two films that opened in competition with “Eternals” did minuscule amounts of business. “Seberg” earned $50,500 in five days. “The United States vs Billie Holliday” took $36,000 over five days for tenth place.

JVC launches OLED TV with PS5-ready features, but don’t get too excited…

Chinese Company, Others to Pay $91M for Defective Dehumidifiers

Waukesha Christmas parade: five dead and 40 injured after car speeds into crowd in...