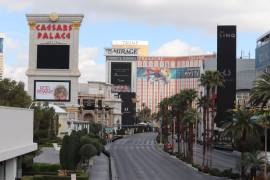 Over the past year, colleagues at the Brookings Institution and the University of Nevada, Las Vegas, have launched a research project that examines shifting inequities in the post-pandemic recovery. Many researchers, including our colleagues, have framed the effects of COVID as a disease and a turbulent economic moment that punctuated a robust economy. Far fewer have appreciated the asymmetries in the lived experiences of the journey back to normalcy, which have largely been defined by racialized identities, chronic marginalization, and the influence of place in shaping these experiences.

The specificity of COVID’s devastation informed our decision to focus our research on Nevada, one of the states that has been hardest hit by two devastating economic recessions in the post-911 era: one as a result of the subprime housing crisis and now the second because of COVID. Southern Nevada—the Las Vegas metropolitan area—was by nearly every metric the most negatively impacted part of the United States during the Great Recession (2008-9), and similar economic damage has befallen the region over the past two years. Thus, Nevada is an ideal setting to focus on how studying economic recovery at too general a scale can mask deep inequities that systematically affect specific groups. Nevada is the third most racially and ethnically diverse state and one with a significant portion of its economic activity centered on leisure, hospitality and entertainment—industries slammed by government-mandated shutdowns in 2020. The nexus of Nevada’s state and local decision making provides unique insights into the experiences of the communities that are traditionally slowest to recover because their well-being and the policies needed to ensure their capacity to thrive were ancillary appendices to fast-moving legislative and executive agendas.

Media and popular discussions of the two recessions often focus on top-line numbers such as the nation’s unemployment rate, wage growth, housing insecurity, housing starts, families living below the poverty line, and other common indicators of economic distress or well-being. While these metrics provide an important macro view of society, it often masks the profound upheavals families on the edge experience. It also overlooks how differences among groups manifest, be they race, ethnicity, gender, class, housing status, health, and/or immigrant status.

COVID-19 pushed marginal families over a cliff requiring us to be attentive to the organizations working to blunt the effects of these life-altering moments. As a result, what is often lost and overlooked in broad discussions is a set of common scenarios in which America is, on average, doing better, but specific groups, subgroups, and intersectional groups take several more years to bounce back.

That exclusion of group and subgroup realities has a more serious impact outside of cable news discussions and newspaper columns. It also impacts the responsiveness of public policy. Often, in the wake of a serious economic downturn, elected officials at all levels of government and across the two parties seek to identify and magnify good economic news. By focusing on good economic news, policy choices follow. Easing up on economic relief, relaxing emergency rules and regulations, and operating from a macro-government approach often centers on the idea that everyone is doing well because the averages look good. That incomplete coverage of and responsiveness to the experiences of marginalized populations, lacks both humanity and reality, and it is a perpetual weakness in how elites observe and respond to societal problems. Worse, it facilitates a flawed sense of complacency and mission accomplished because we avoided the worse hypotheticals.

Failing to lean into the experiences of groups that have not fared well in the rebound repeats the veneers that have created a deeply unequal society where place and economic fate are inextricably linked. It produces a new layer of mistrust of and distrust in government. It also reveals deep fissures in our democracy that exist in everyday policy decisions and outcomes and are exacerbated during times of crisis. Those tensions affect the basic question of politics—who gets what and when—and also how inequities in our system exist in normal times and explode during catastrophes, be they small-scale such as a tornado or hurricane or large-scale such as pandemic and recession.

Over time, such ill-advised policy choices have concentrated, cumulative effects. The same groups are overlooked, left behind, and have resources cut from them prematurely. When the next economic downturn inevitably happens, the same groups are not only hit hardest, but in some cases, have not had the opportunity to recover fully from the previous recession. And during crises such as the COVID-19 pandemic, a combination of a public health emergency and an economic recession simultaneously affected marginalized communities physically, psychologically, and economically. According to one of our partners, “our tools are only suitable for fiscal crises but fail in the face of social and health crises.”

Our project approaches this gap in the research by combining detailed quantitative data on the broader economy, group-specific economic experiences, and original survey data. Additionally, we have conducted extensive interviews with leaders and policy actors across the state of Nevada to examine the lived experiences of marginalized groups across economic sectors, socioeconomic and demographic groups, and geographic regions within the state. We hope to bring a layered understanding to the traditional descriptive data by including the voices of heads of organizations (private and public), elected officials, and more importantly populations on the frontlines during the most precarious time in the pandemic.

The aim of our project is to evaluate how specific groups endured the pandemic and associated recession and how government responsiveness to policy conditions and group needs succeeded or fell short. The project explores the new ways government agencies learned they could support community well-being within legislative strictures; some of these practices are now permanent fixtures in public service policies. It is critical for policymakers, media, and the general public to understand how much lived trauma happened as a result of COVID-19 and how that trauma continues, as a nation seeks to move on while deep challenges still exist for many.

Ultimately, the goal of our research is to make recommendations to governments at all levels about how to better understand micro-level policy challenges, especially for specific groups whose challenges endure, even as broader economic indicators suggest recovery. The common failures of policy that concentrate geographically and demographically induce systematic and enduring economic struggle. We will focus, in part, on how policymakers who proudly label certain groups as “resilient” mask the underlying policies that require certain groups to be resilient, namely that they never fully recover. We will also make recommendations for elected officials at all levels of government not to think of COVID as a unique, once-in-a-lifetime event which will likely not be repeated. Instead, COVID exposed deep policy problems across the country. Those policy problems will exacerbate and recur—even if not all at once—but it is the obligation of our leaders to address problems during “healthy” periods so that crises are more effectively managed.

COVID caught many of us off guard, from everyday Americans to public health officials, to industry officials, to world leaders. Governments struggled to respond effectively and completely to the rapidly intensifying needs of their citizens and residents. Yet, that does not need to be the public expectation, and mistakes need not be repeated. Governments can and must learn from their own successes, struggles, and failures over the past two years. They must put into place emergency protocols for moments in which policy failures rapidly deepen. The recommendations from this project will help improve government-wide responsiveness to crises—large and small—in a way that is sensitive not just to improving broad economic indicators, but by prioritizing the needs of the most marginalized among us to ensure they do not continue to be the groups most ignored and most excluded from policy discussions and decisions.

Detroit mother charged with murder, torture after her 3-year-old son is found dead in...