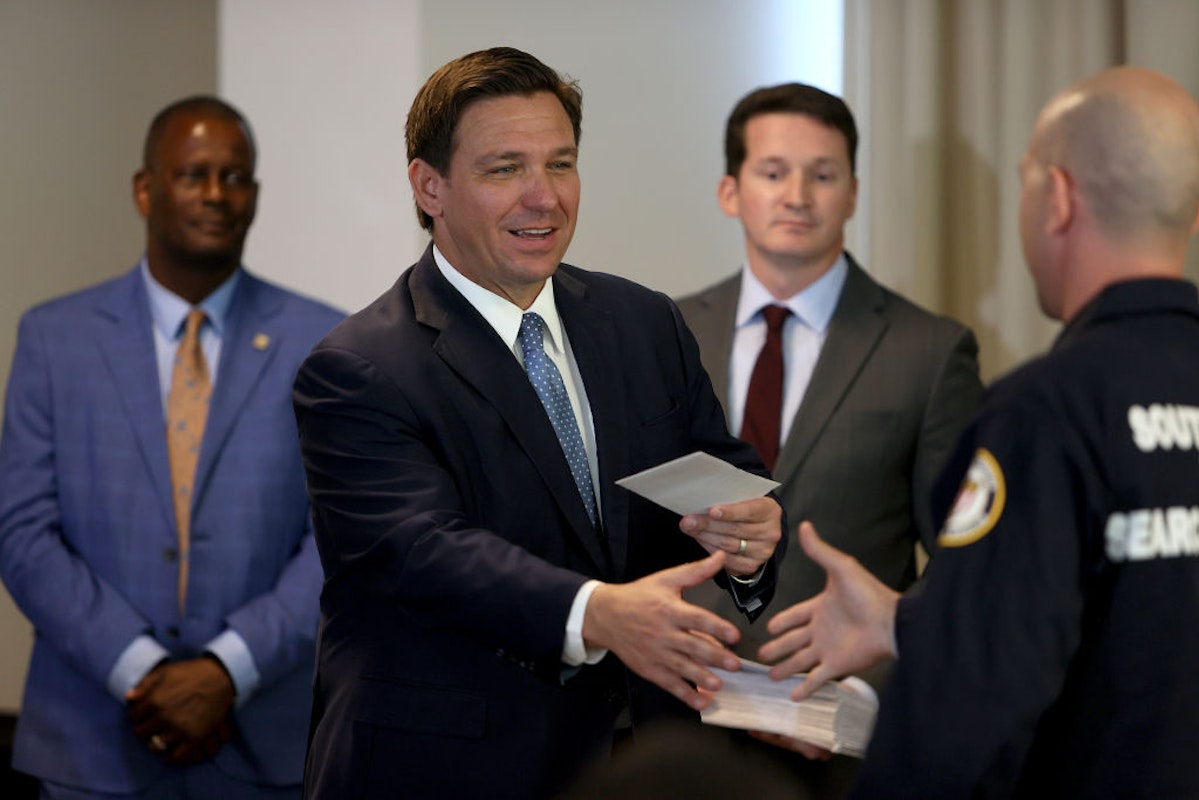 DeSantis stated, “We’re really excited to be here, especially because when I sign this legislation today, we hear so much about all these things: mandates, restrictions, tearing people down. Today, we lift people up. We provide protections for people: no nurse, no firefighter, no police officer, no trucker, no anybody should lose their job because of these COVID jabs.”

“This is the strongest piece of legislation that’s been enacted anywhere in the country in this regard. … We are respecting people’s individual freedom in this state,” he declared.

One reporter asked, “You believed these were bad for Floridians. But cities like Tampa and St. Pete have tried to (unintelligible) policies you’ve made that they think are bad for them. Why is it okay for you to violate the conservative tenet of home rule but it’s bad when the Biden administration —”

DeSantis fired back, “Well, first of all, this idea that somehow conservatism is about local school boards — it’s the United States of America, not the United School boards of county commissions of America. So the states are the primary vehicles to protect people’s freedoms; their health, their safety, their welfare, and our Constitutional system. What Biden is doing is not constitutional. There has never been a federal vaccine mandate imposed on the general public.”

I hear people talk about, “They do things in the military.” Yeah, when I was in the military, they used to give me all kinds of stuff. … But that’s much different than regulating the military and then imposing it on citizens in society. It’s never been done before; they don’t have the power to do it; there’s no federal police power; states have the police power. So that’s from a Constitutional perspective. It is worlds, worlds apart.

Now, some people say, “Hey, these local governments wanted to lock down businesses. They wanted to force mandates; they wanted to keep the kids locked out of school.” Yeah, you’re damn right I overruled them on that because they were wrong. …

If I hadn’t stepped in last year and made sure that these local governments couldn’t lock you down, couldn’t mandate, we wouldn’t let them fine; we had kids in school last year because of me, not because of them. And that’s just the bottom line. And so people can say, “Is it the job of somebody that’s elected to look out for the liberties of everyone in the state?” Or do you just say if someone’s violating you freedom we shouldn’t do anything? The fact of the matter is if we had would have let them lock our kids out of school last year, we would have paid the piper for years. …

He concluded, “And so the question is: do we even have a Constitution that constrains people like Biden, or is it just when he loses patience he can do whatever the hell he wants to? No. I’ll take the Constitution, thank you very much.”

Biden Admin Amassing Millions of Records on US Gun Owners Amid New Crackdown on...

The best fitness watches to track your workouts