Rarely has the war within been portrayed as wrenchingly and as riotously as it is in director Trent Stork’s fiendishly funny revival of “Hand to God,” a dark dramedy by Robert Askins that opened Wednesday at Paramount’s Copley Theatre.

Ostensibly, “Hand to God” is about Jason, a meek, introverted teen (brilliantly played by August Forman), whose illicit thoughts and unseemly urges are expressed by Tyrone, a vulgar, violent hand puppet who first commandeers Jason’s right arm and then tries to hijack his soul. But this adults-only play is about more than a young man losing his inhibitions and the chaos that ensues. At its core, “Hand to God” is about loss and grief, rebellion, repression and blame, and accountability — all weighty issues that Askins addresses while at the same time eliciting belly laughs from the audience. 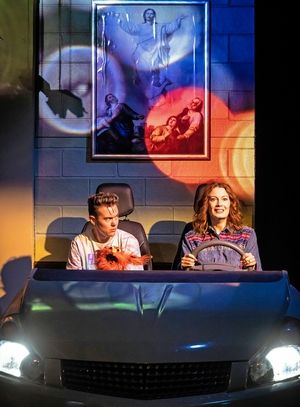 Jason (August Forman) tries to tell his mother Margery (Monica West) that he no longer wants to participate in her puppet ministry in Robert Askins’ darkly comic “Hand to God” at Paramount’s Copley Theatre.
– Courtesy of Liz Lauren

“Are you the devil?” Jason asks, to which Tyrone counters, “Are you?”

Forman’s combination of pathos and fury is quite simply riveting. So much so that during a particularly charged moment late in the play, it felt as if the audience was holding its collective breath. Bravo. 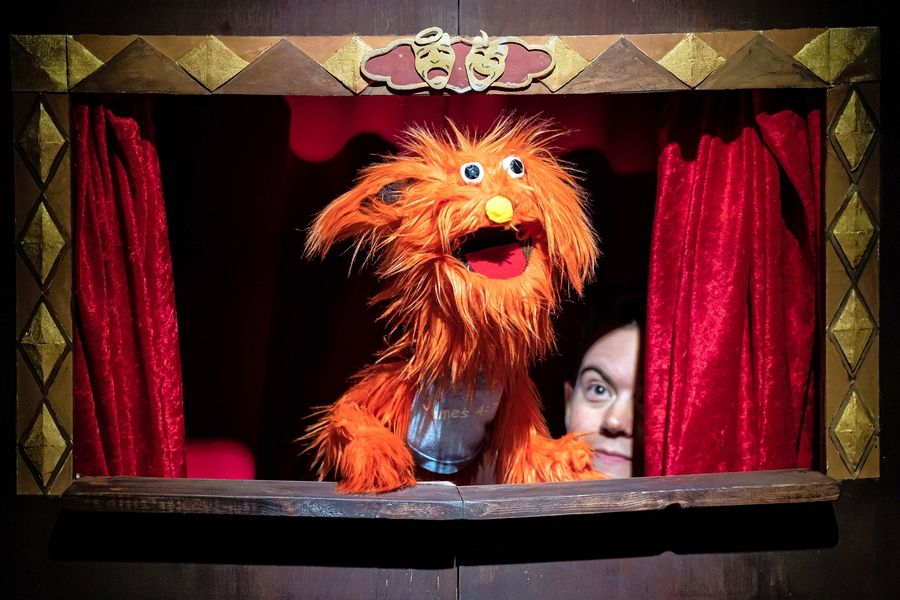 The salaciously satirical tale begins with a prologue delivered by Tyrone who waxes nostalgic about the days before humanity and morality took hold, when people didn’t concern themselves about the consequences of their actions. Those halcyon days ended, the increasingly resentful Tyrone informs us, when humans began making rules about behavior, bad behavior in particular, and then blaming that bad behavior on the devil, thereby absolving themselves of its consequences.

The action shifts to the basement of a Lutheran church in suburban Cypress, Texas, where the recently widowed, increasingly frazzled Margery (Monica West) presides over a youth puppet ministry comprised of three apathetic teens: her son Jason (Forman) with whom she has a tense relationship; self-possessed Jessica (Felicia Oduh), a bright girl who prefers Balinese shadow puppets to hand puppets; and Timmy (Jordan Moore), a bully with raging hormones. Also on hand is Pastor Greg (Adam Wesley Brown), a lonely man whose affections Margery gently rebuffs. She responds more positively to the lustful advances of Moore’s Timmy, engaging with him in a comical, anger-fueled coupling, which Tyrone later reveals to disastrous results. 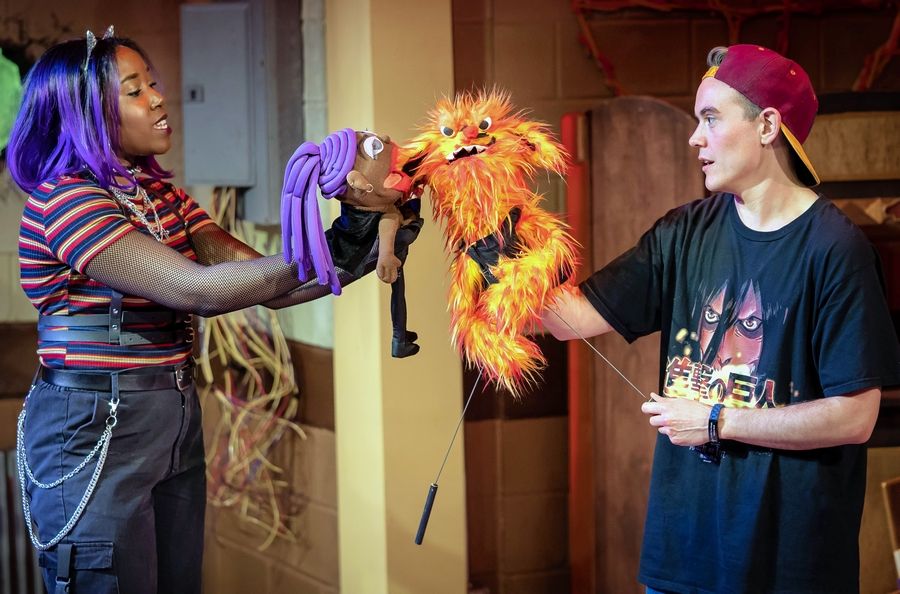 Only A Dad: This Father’s Day America’s Dads Need To Step Up For Their Kids

They’re not the only characters who give in to desire, although they are the only humans to do so. Tyrone and Jessica’s zaftig puppet Jolene have an uproarious sexual encounter during which their human counterparts Jason and Jessica establish a sweetly awkward, nonsexual bond.

With the exception of the well-adjusted Jessica (played with clear-eyed humanity by Oduh), all of Askins characters are at war with themselves, and Stork’s cast deftly navigates those conflicts. West is ideal as Margery, whose lingering grief and increasing unease has distanced her from the son who needs her. Moore strikes the right balance between lovesick and libidinous as the overeager Timmy, who seems to seek from Margery the love his alcoholic mother denies him. Last, but not least, there is Brown’s solid performance as the flawed but fundamentally decent Pastor Greg, who redeems himself with wise advice and compassion. 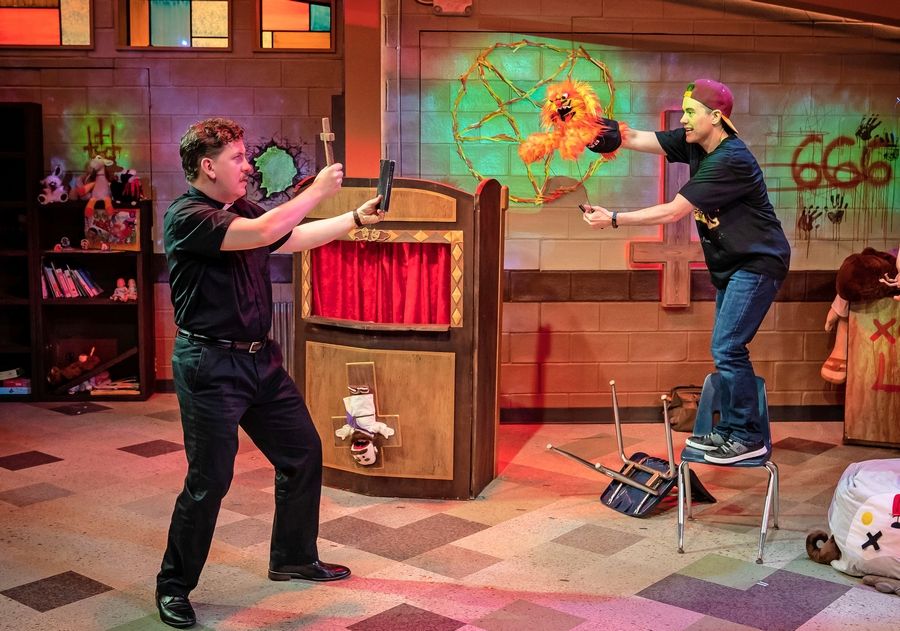 Also deserving credit is costume/puppet designer Yvonne L. Miranda, whose Tyrone evolves over the course of the play from a cuddly, PBS-friendly puppet to a foul-mouthed reprobate.

My only quarrel with Askins’ play is its unnecessary epilogue, during which Tyrone again references the devil. I found it distracting from the penultimate scene, a poignant and most satisfying exchange between mother and son that, for my money, served as a fitting conclusion to the internal conflicts threatening to consume them.

Running time: About 2 hours, including intermission

COVID-19 precautions: Proof of vaccination and masking no longer required, but masks are recommended

Boys Need Fathers And Society Needs Them Too