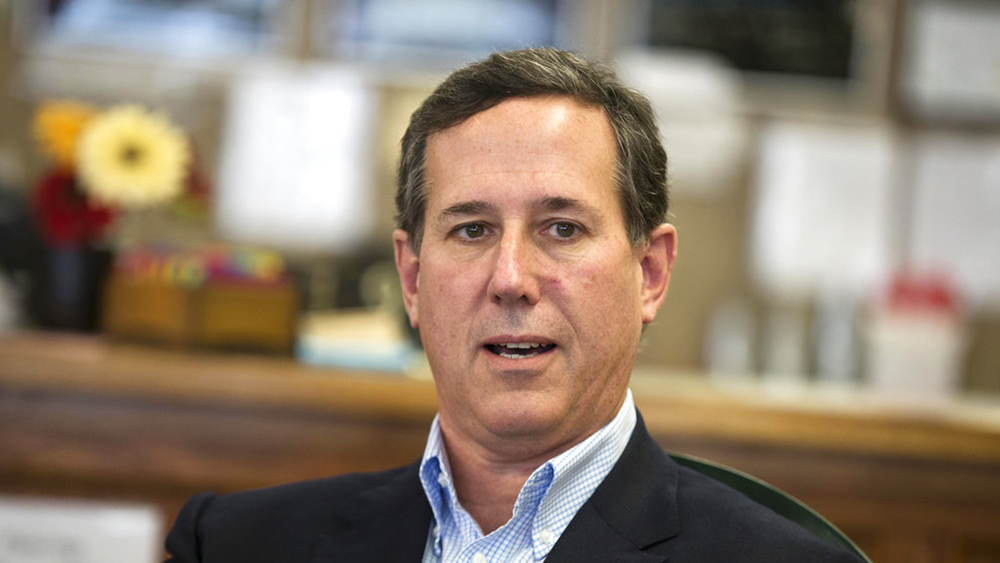 CNN is parting ways with contributor Rick Santorum, the former Republican Senator and presidential candidate who has come under fire for remarks he made last month about Native American culture.

The comments drew criticism from groups like the National Congress of American Indians. Santorum didn’t help matters when he appeared on CNN’s “Cuomo Prime Time” and declined to apologize for the remarks or how they were interpreted, simply telling the anchor they were taken out of context. CNN confirmed a previous report in The Huffington Post revealing that the politician and the network were cutting ties. Santorum was first named a CNN contributor in 2017.

He is the latest in a parade of conservative commentators and analysts to run aground at CNN. Under Jeff Zucker, president of CNN Worldwide, the WarnerMedia-backed news outlet has relied heavily on the use of segments featuring Republicans and supporters of the former Trump administration, who often serve to provide balance for analysis and commentary that strives to play in the center but sometimes tilts left of it.

But these analysts and contributors often draw outsize scrutiny via their behavior when they are not appearing on the network. CNN in September cut ties with Trump adviser Jason Miller after he came under legal scrutiny  in September of 2018. One month earlier, CNN suspended Paris Dennard, a strong defender of Trump decisions, after The Washington Post reported Dennard had been fired from a job at Arizona State University for what the paper called “inappropriate incidents” involving two women there. Ed Martin, a former Missouri Republican Party chairman who also hosts a radio show, offered outspoken pro-Trump commentary on CNN for several months before parting ways after describing some African-American members of a CNN panel in which he was included as “black racists.” And of course, CNN cut ties with one of its most polarizing and well-known Trump backers, Jeffrey Lord, after he used the phrase “Sieg heil!” on Twitter.

Earlier this week, CNN cut ties with a freelance contributor, Adeel Raja, after it was determined he had posted several tweets that expressed anti-Semitic remarks.

Executives at CNN were not pleased with Santorum’s recent primetime appearance on the Cuomo program, according to a person familiar with the matter. Rather than put the debate to rest, these executives felt, Santorum exacerbated the issue, making the prospect of booking him for appearances a difficult one for anchors and producers. With the contributor unlikely to make appearances in the near future, CNN decided to cut ties. Earlier this month, CNN anchor Don Lemon seemed to capture the mood of employees at the network when he chastised Cuomo on air for having Santorum appear. “I cannot believe the first words out of his mouth weren’t ‘I’m sorry, I said something ignorant, I need to learn about the history of this country.’ No contrition!” said Lemon.

Santorum has enjoyed a key role with CNN over the last several years. He is often featured as part of a panel of Washington analysts that can include Van Jones and Gloria Borger. Santorum is typically called upon to explain thinking on Republican policy moves and the goings-on of the Trump White House.

The controversy around Santorum is one of a number of imbroglios the network is juggling. CNN has declined to discipline Chris Cuomo, its most-watched anchor, after a Washington Post report revealed he had aided his brother, New York Governor Andrew Cuomo, and staff as they grappled with scrutiny around allegations by various women of unwanted behavior. And CNN recently acknowledged that the Department of Justice under President Trump clandestinely obtained records of emails and phone calls from 2017 of Barbara Starr, the network’s longtime Pentagon correspondent.

All those pub apps you’ve downloaded are a privacy nightmare

Pandemic Forces Lots Of Unprepared Young Person to Handle Their Moms And Dads' '...

Thieves may have stolen Mary Queen of Scots' rosary beads from Arundel Castle for...