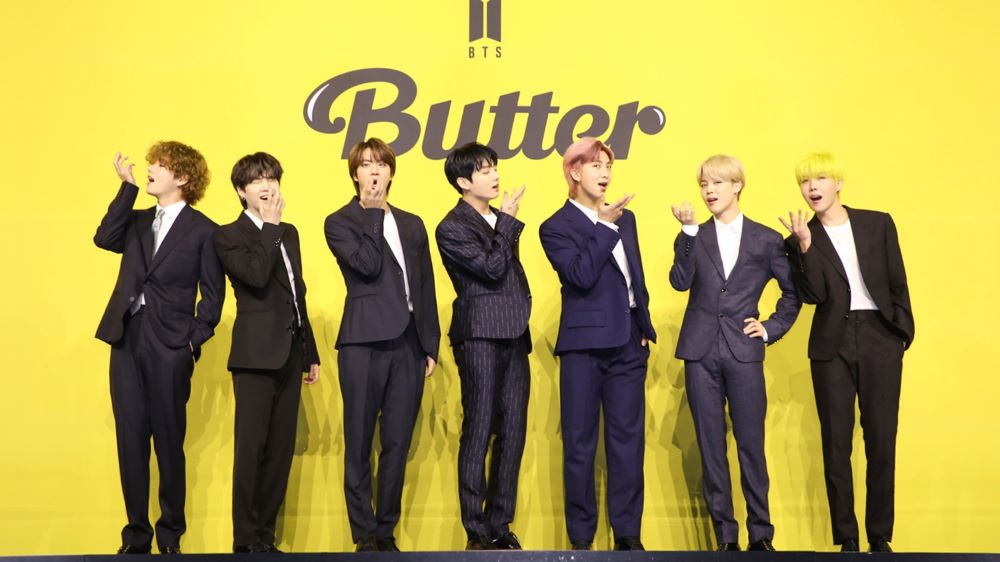 Who else but BTS could break a record set by BTS?

The Korean supergroup broke their own record Friday for most YouTube views in the first 24-hours of release with their new English-language single “Butter,” hitting approximately 113 million views by midnight ET, according to the platform’s public views counter.

BTS had set the previous record with their 2020 single “Dynamite,” their first entirely in English. That video racked up 101.1 million in its first 24 hours, according to official YouTube figures, though its public views counter marked 98.3 million.

BTS’ summer dance-pop jam “Butter” was released on YouTube on Thursday, May 21, at 12AM ET/1PM KST, and has been propelled towards new heights by the group’s devoted fans, ARMY.

The song set a new all-time record for the biggest YouTube music video premiere with more than 3.9 million concurrent viewers, and hit No. 1 on the U.S. iTunes chart within just two hours of its debut.

By 1AM ET Saturday, the video had been streamed more than 116 million times.

BTS has held numerous records for 24-hour views in the past, such as for “Boy With Luv” featuring Halsey in April 2019, which hit 74.6 million views in its first day.

The band confirmed Friday at a Seoul press conference that their first performance of “Butter” will be at the upcoming Billboard Music Awards Sunday, May 23. They have received four nominations — their most in a single year — at the awards this year in the following categories: Top Duo/Group, Top Social Artist (for the fifth year in a row), Top Song Sales Artist, and Top Selling Song (for “Dynamite”).

Speaking of the impending show, Suga admitted Friday that “for every song, the first performance always makes you anxious.”

“The Billboard Awards are of course a very significant, important, and meaningful stage for us,” he said.

Jungkook explained that the event will be a key one for the band.

“The fact that we were nominated in four categories is not easy, of course. It’s a great honor,” he said. “It’s been a year since ‘Dynamite’ was released, and I think this shows that the song is still being loved by a lot of people, and that makes us really happy.”

Ben Affleck Always Felt Like Jennifer Lopez 'Was The One Who Got Away,' The...