Blake Masters, who is running for the U.S. Senate in Arizona, articulated the critical importance of the midterm election in Arizona and the need for Republicans to take back Congress.

He pointed to the left’s legacy of open borders and rampant inflation before saying that traditional Republicans “who only want to play defense” have just “let this stuff happen.”

Masters also articulated the need to address new threats that are facing the country, stating, “I’m out here telling voters in Arizona about my plan to rein in Big Tech, right. What about ESG? Scores in a world configuration of corporate America won’t be letting Chinese nationals buy all this farmland very often next to U.S. military installations. Why are we letting Bill Gates do that?”

Masters told Boyle that the race in Arizona was of critical importance: “This race is the most important nationwide because I think it’s going to determine who has the 51st vote and the United States Senate,” he stated. Masters continued, “It’s going to determine whether we take back control from the Democrats, and the stakes couldn’t be higher.”

The Trump-endorsed candidate also said that Democrat Sen. Mark Kelly “pretends to be a moderate” before he and host Boyle noted that Kelly consistently votes with Sen. Chuck Schumer and the Democrats. 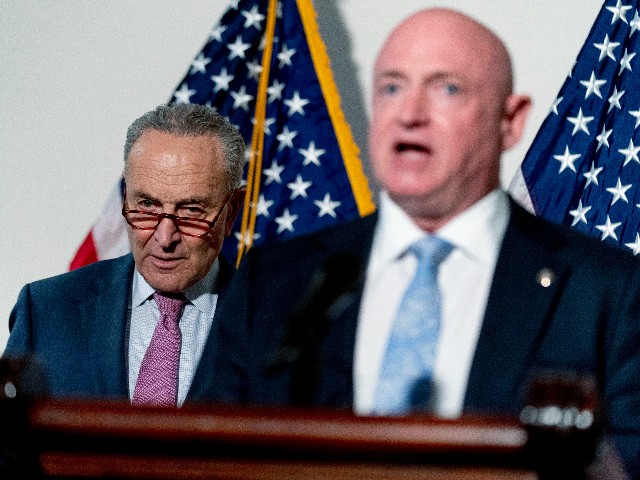 “Mark Kelly lied to the people of Arizona,” Masters said, pointing out that he votes in lockstep with the Democrats and has even voted to legalize abortion up until the moment of birth.

Ultimately, Masters said that Republican control of Congress will decide if “we’re going to have an America that we recognize in 10 or 20 years.”

Spencer Lindquist is a reporter for Breitbart News. Follow him on Twitter @SpencerLndqst and reach out at [email protected]